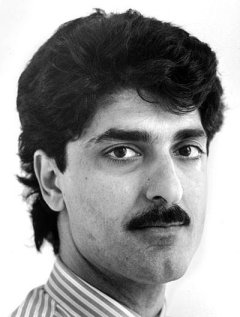 Britain has strongly condemned the Iraqi authorities over the execution of The Observer journalist Farzad Bazoft in Baghdad.

Mr Bazoft – who came to live in Britain from Iran in the 1980s – was convicted by the Iraqis of spying four days ago. He was hanged at dawn after a last minute appeal for clemency from the British prime minister, Margaret Thatcher, failed.

In the Commons this afternoon, Foreign Secretary Douglas Hurd said Britain’s ambassador to Iraq was being recalled and all visits to the country have been suspended.

But Mr Hurd stopped short of cutting off diplomatic relations with Iraq. He said it was important to keep dialogue alive with the Iraqis for the sake of the 2,000 Britons living in Iraq, including Mr Bazoft’s alleged accomplice, British nurse Daphne Parish.

”He was looking hollow-eyed and subdued, not surprisingly” 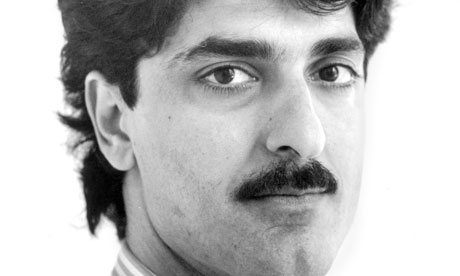 He was convicted of spying and sentenced to death by a revolutionary court. Mrs Parish was jailed for 15 years.The Observer journalist was investigating reports of an explosion at the plant, which had reportedly left hundreds dead. He asked Mrs Parish to give him a lift in her car.

The British Consul General in Baghdad, Robin Kealy, was Mr Bazoft’s last visitor before his execution.

He said: “He was looking hollow-eyed and subdued, not surprisingly. He passed on a last written message and a number of oral messages to friends and colleagues… He repeated that he had been a journalist going after a scoop.”

Prayers for Mr Bazoft were said today at the offices of The Observer in London. Later staff gathered outside the Iraqi embassy to register their silent protest.

The daughter of Mrs Parish, Michelle de Vries, has supported the government’s decision to keep diplomatic channels open. She hopes to be able to secure the early release of her mother.

She said: “It is far too early to know what implications today’s events will have on my mother. All I can do is hope and pray she receives the clemency not afforded to poor Mr Bazoft.”

Mrs Thatcher called the execution of Mr Bazoft “an act of barbarism”.

But Britain was not prepared to cut diplomatic ties and trade between Britain and Iraq continued.

Many British firms were benefiting from the reconstruction work taking place in Iraq following the war with Iran.