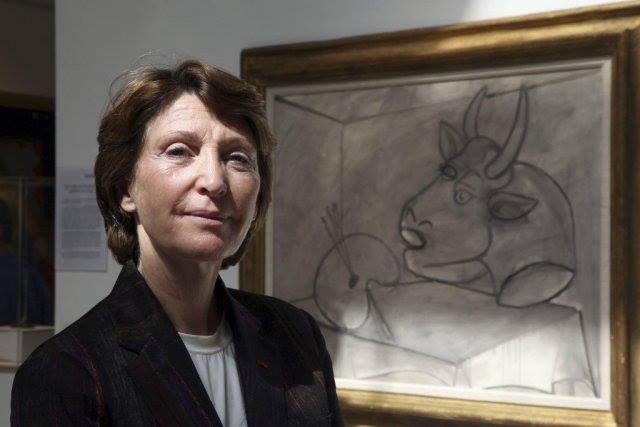 A new cache of Pablo Picasso works from the personal collection of his granddaughter, Marina Picasso, said to be worth $290 million, are about to hit the market, reports the New York Post’s Page Six.

Among the seven pieces allegedly for sale is a 1923 portrait of Marina’s grandmother, Picasso’s first wife, Olga Khokhlova. Titled Portrait de femme (Olga), it is thought to be worth $60 million. Dating from 1905 through 1965, the works being offered are also thought to includeMaternité (1921), valued at about $54 million, and Femme a la Mandoline (Mademoiselle Leonie assie) 1911, worth roughly $60 million.

The artist’s granddaughter was perhaps testing the waters for a potential sale when she presented a suite of his drawings and ceramics at a non-selling exhibition at Sotheby’s Paris last spring. The auction house will not be involved this time around, however, as Marina has opted to sell the works directly, personally meeting in Geneva with interested parties.

Also for sale is “La Californie,” the Cannes villa Marina inherited from her grandfather, who lived there with his second wife, Jacqueline Roque. In recent years, the villa has become a museum and gallery dedicated to Picasso. In 2013, Marina presented “Picasso: Nudity Set Free,” mostly made up of pieces from her personal collection, at the home.

Though Marina has certainly benefited from her grandfather’s career as an adult, she has readily condemned the artist, who she alleges neglected her family when she was a child living on the brink of poverty. In 2001, she published Picasso: My Grandfather, which claimed that the painter “drove everyone who got near him to despair and engulfed them,” and that her inheritance was “given without love.” Marina’s brother committed suicide, allegedly after Roque barred him from attending Picasso’s funeral.

According to a friend of Marina’s who spoke to Page Six, the upcoming sale “is about letting go of the past.”