A captivating dialogue in the form of installation/performance took place a few days ago in The Park Avenue Armory between multimedia artist Laurie Anderson and former Guantanamo bay prisoner Mohammed el Gharani.

The visitors, prior to entering the installation, titled Habeas Corpus, were given a leaflet explaining the context of the making of what they were about to visit: the circumstances under which e Gharani was imprisoned and trascriptions of his stories. He was just 14 years old when the United States government accused him of being an al-Qaeda operative and put him in the Guantanamo Bay detention camp. One of the youngest detainess, he was threatened that he would never be released, he was tortured, beaten and abused for eight years until he was set free back in 2009.

Laurie Anderson brought the image of Mohammed el Gharani back in America, a place where he is not allowed to be after his release. She placed his live hologram, which was four times his size and positioned in a way to remind the Lincoln Memorial in Washington D.C,  in a darkened room lit up like a planitarium. The visitor could sit and watch while melodic chords and violinists performing live created a truly captivating background. Every hour when el Gharani took a break, the broadcast shifted to playback and the multimedia sculpture spoke of his time as a Guantanamo prisoner.

This truly intense work came at a time when America’s practices of violence are under the scope – from the recent police brutality against African-American people which has led to numerous killings of anarmed citizens to the latest accusations by detainee Majid Khan regarding sexual abuse and torture sessions in Guantanamo prison, the USA is writing black pages of history everyday, filled with violence and death. When will this stop? 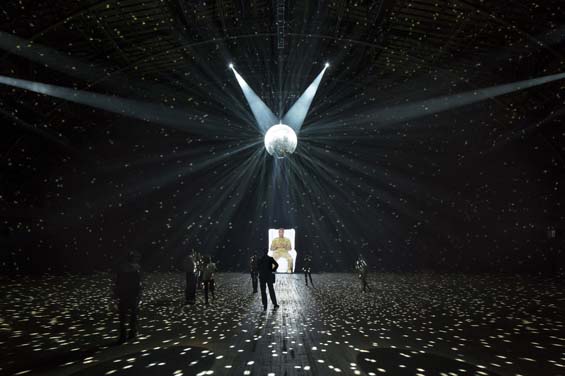 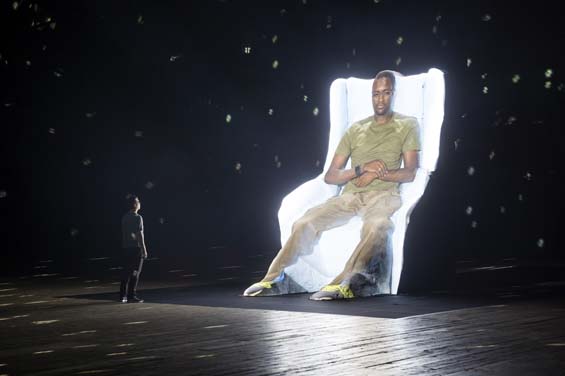 2015 In 20 Touching Photos And The Stories Behind Them