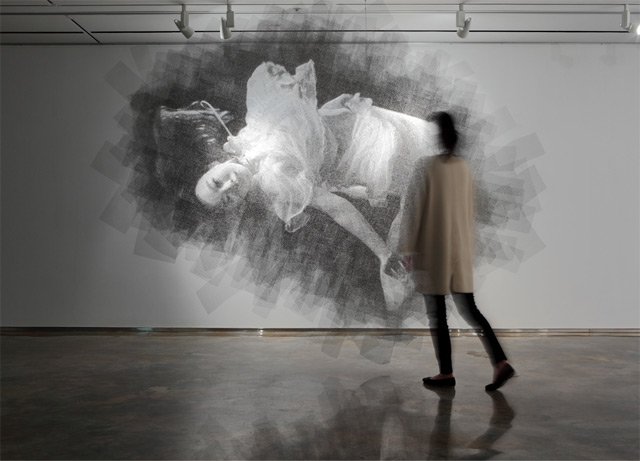 Using a process that could be the new definition of meticulous, Korean sculptor Seung Mo Park creates giant ephemeral portraits by cutting layer after layer of wire mesh. Each work begins with a photograph which is superimposed over layers of wire with a projector, then using a subtractive technique Park slowly snips away areas of mesh. Each piece is several inches thick as each plane that forms the final image is spaced a few finger widths apart, giving the portraits a certain depth and dimensionality that’s hard to convey in a photograph, but this video on YouTube shows it pretty well. Park just exhibited this month at Blank Space Gallery in New York as part of his latest series Maya (meaning “illusion” in Sanskrit). 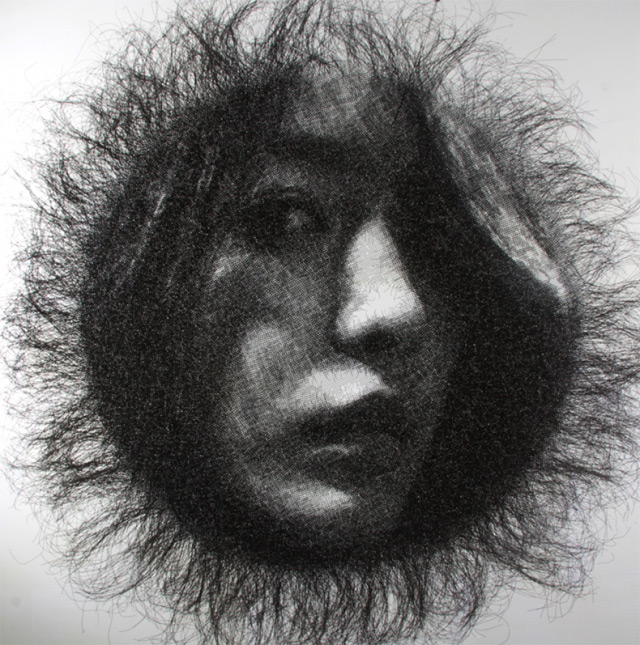 Ingenious Photographer Tapes A $50 Lens To His P&S Camera To Take Stunning Macro...

The 20 Most Expensive Paintings Ever Sold