German painter Eckart Hahn’s themes derive from insight and a want for articulating things that cannot be explained in speech. A never-ending game between contradictory encounters, Hahn’s pieces evoke the feeling of being sculpture re-creations of paintings. Yet, this is not done in vain, given the fact that through his work the painter intends to echo those questions left without an answer and the problematical inconsistencies that are an unavoidable element of our lives.

Hahn himself says that his paintings have a sense of “broken realism” which means that the after-effect is both lifelike and improbable.
The painter has been incorporating practices of masking, layering and concealing in his works in the past few years. Hahn’s upcoming show in Berlin is named “Myzel” [Mycelium], after the immersed in the ground network of fungal threads out of which mushrooms grow. The reason behind this particular name is, as Hahn puts it, that his work is much like “a web of invisible strands that become visible through each painting”. “Myzel” is the artist’s fourth solo exhibition and is being hosted by Gallerie Wagner + Partner, opening on 20th March 2015 and closing on 24th April.
via yatzer 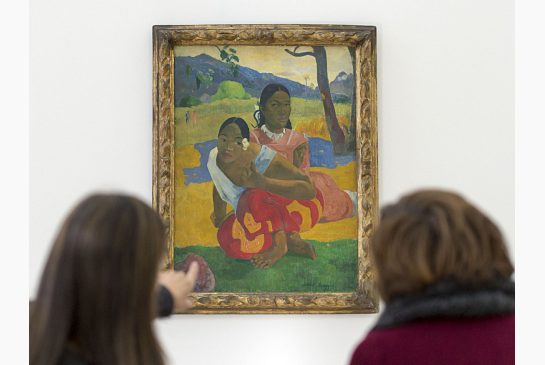