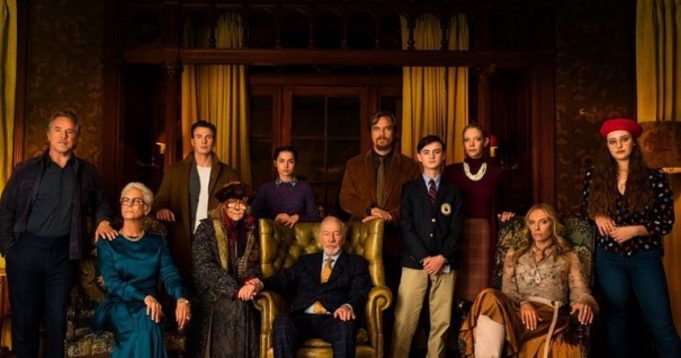 Who doesn’t love a good Whodunnit? Well firstly, for those unaware of the term, “whodunit” is the colloquial elision of “Who has done it?” And it refers to a complex, detective story, in which the perpetrator’s identity, his cause and modus operandi are considered the main focus of the story.

A bit of mystery seems to be always present, at both fan-favorite and critically acclaimed works of literature. From Dicken’s Bleak House and Wilkie Collins’ The Moonstone to the Golden Age of Detective Fiction, in the 20s and 30s of the previous century.

The same passion for mystery, as expected, passed from literature, to cinema. From the beloved hard-boiled and noir subgenres to more “classic” narretives such as the “whodunit” and the “howcatchem” (the inverted detective story).

It seems that we have a new Whodunnit on our hands. The director of Star Wars: The Last Jedi, Rian Johnson, has gathered an all-star cast for an upcoming, modern whodunit entitled Knives Out. To name a few, in Knives Out we will see Daniel Craig, Chris Evans, Ana de Armas, Chrisopher Plummer and Jamie Lee Curtis.

Everyone has a motive. No one has a clue. Text ‘Whodunnit’ to 94200 to see the knives come out. #KnivesOut

The plot follows a familiar and seccesful archtype, championed by the Queen of Crime herself Agatha Christie.

When renowned crime novelist Harlan Thrombey (Christopher Plummer) is found dead at his estate just after his 85th birthday, the inquisitive and debonair Detective Benoit Blanc (Daniel Craig) is mysteriously enlisted to investigate. From Harlan’s dysfunctional family to his devoted staff, Blanc sifts through a web of red herrings and self-serving lies to uncover the truth behind Harlan’s untimely death.

The film will be released on the 27th of November this year, for now, let us enjoy the trailer.