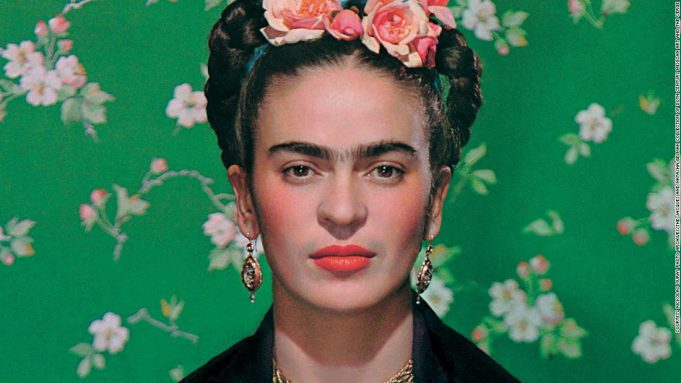 But first let us share the powerful story of Frida Kahlo

If I ask you which artist wasn’t afraid of tackling social issues, sexual identity, political activism you would probably try to think of a current artist. Well you would be wrong!

We are talking about the one and only Frida Kahlo. She was born in Coyoacan  Mexico in 1907 in Lasa Azul. By the time she hit the age of six she contracted Polio which is a virus that may cause paralysis. That caused her to be bedridden for over 9 months. But that didn’t stop her! In school Frida was known to be very out spoken and brave. Her dad was her biggest champion, he encouraged her to play soccer , swim and even wrestle. Something that was unusual for girls to do. 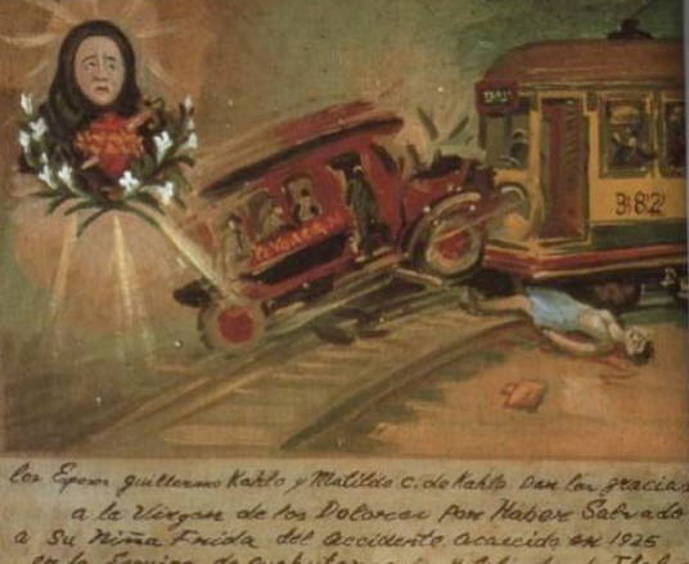 It was about this time that she saw Diego Rivera painting a mural in their school. Frida, who was like 20 years younger than Diego Rivera, told a friend “I’m going to marry him”. 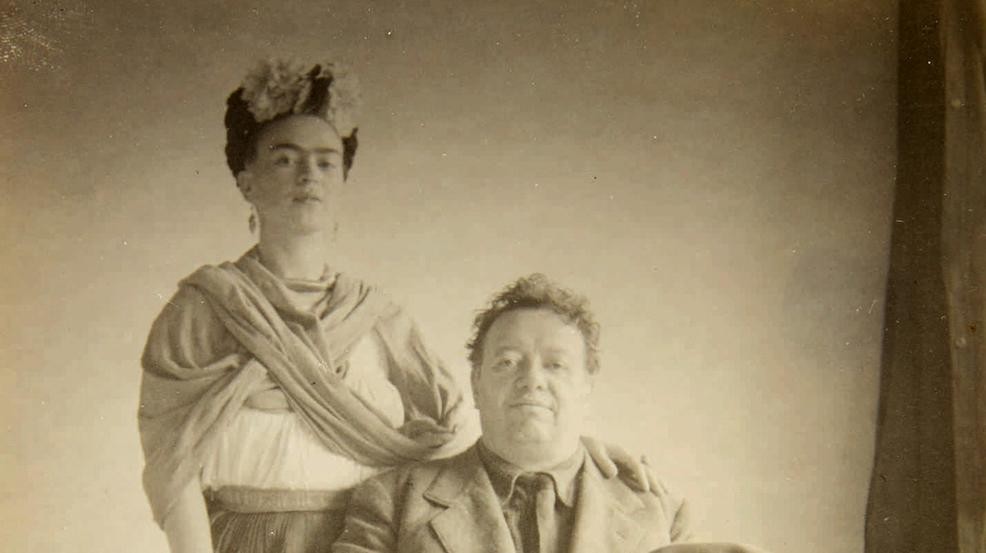 Life went on, and in1922 a bus she was riding in collided with a street car and she sadly was seriously injured. A handrail impailed her hip, her spine and pelvis were fractured. The accident left her in a full boy cast for 3 months. Her parents bought her paints and built her an easel she could use in bed to spend her time proactively.

In 1928, Diego Rivera discovers Frida and her paintings and is super impressed. They were married a year later. In 1939 Frida heads to Paris where she gets to meet artists such as Joan Miro and Pablo Picasso who loved her work. In fact, the Louvre bought one of Frida paintings. The first painting by 20th century Mexican artist ever purchased by the Louvre!

Unfortunately, Frida’s health continued to deteriorate, a story told through this painting called the “Broken column”. 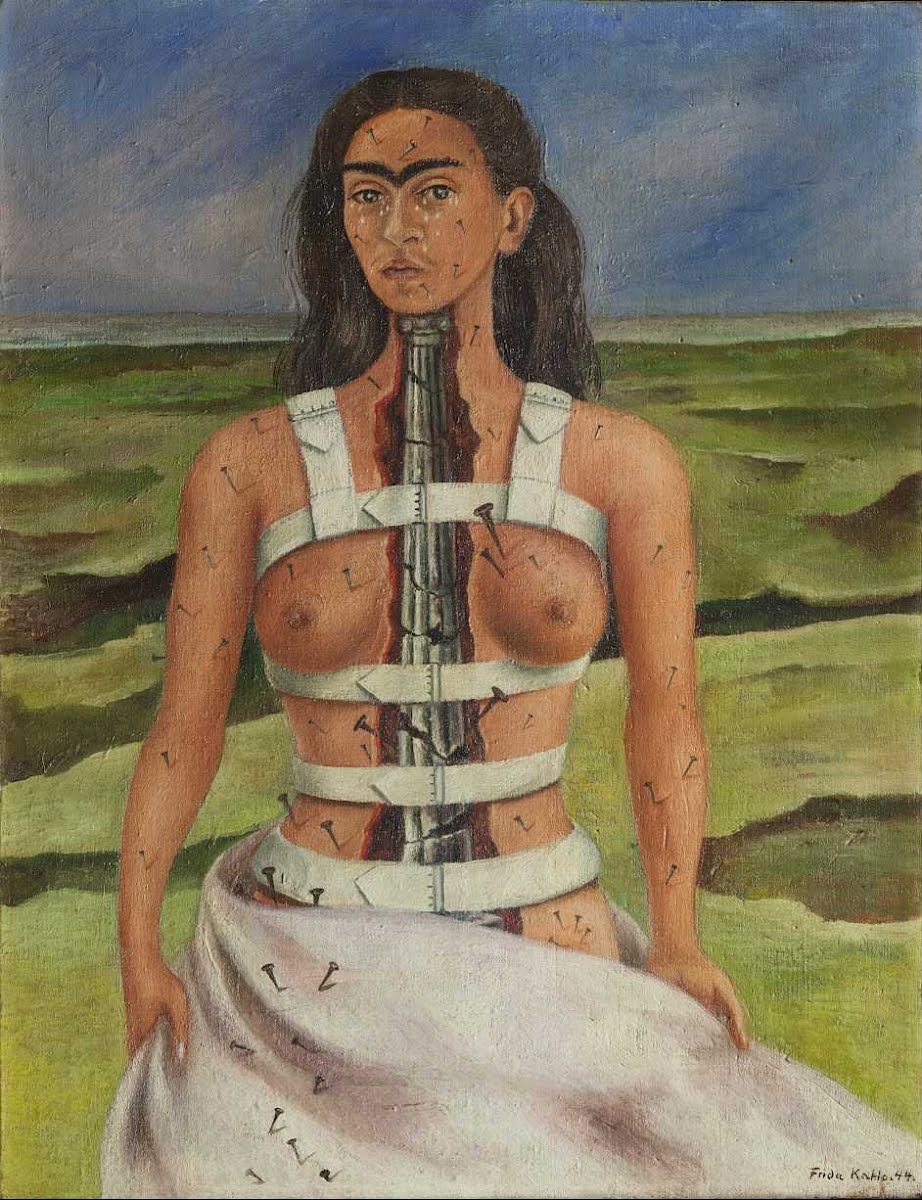 Finished in 1944, this gives you not only a glimpse into the health struggles she had, but also the incredible artistic skill she possessed. She definitely used art to express all the physical challenges she faced, which was incredibly brave.

Unfortunately on July 13th in 1954 Frida passed away before her 47th birthday. In the 70s during the feminist movement she was admired as an icon of female creativity. 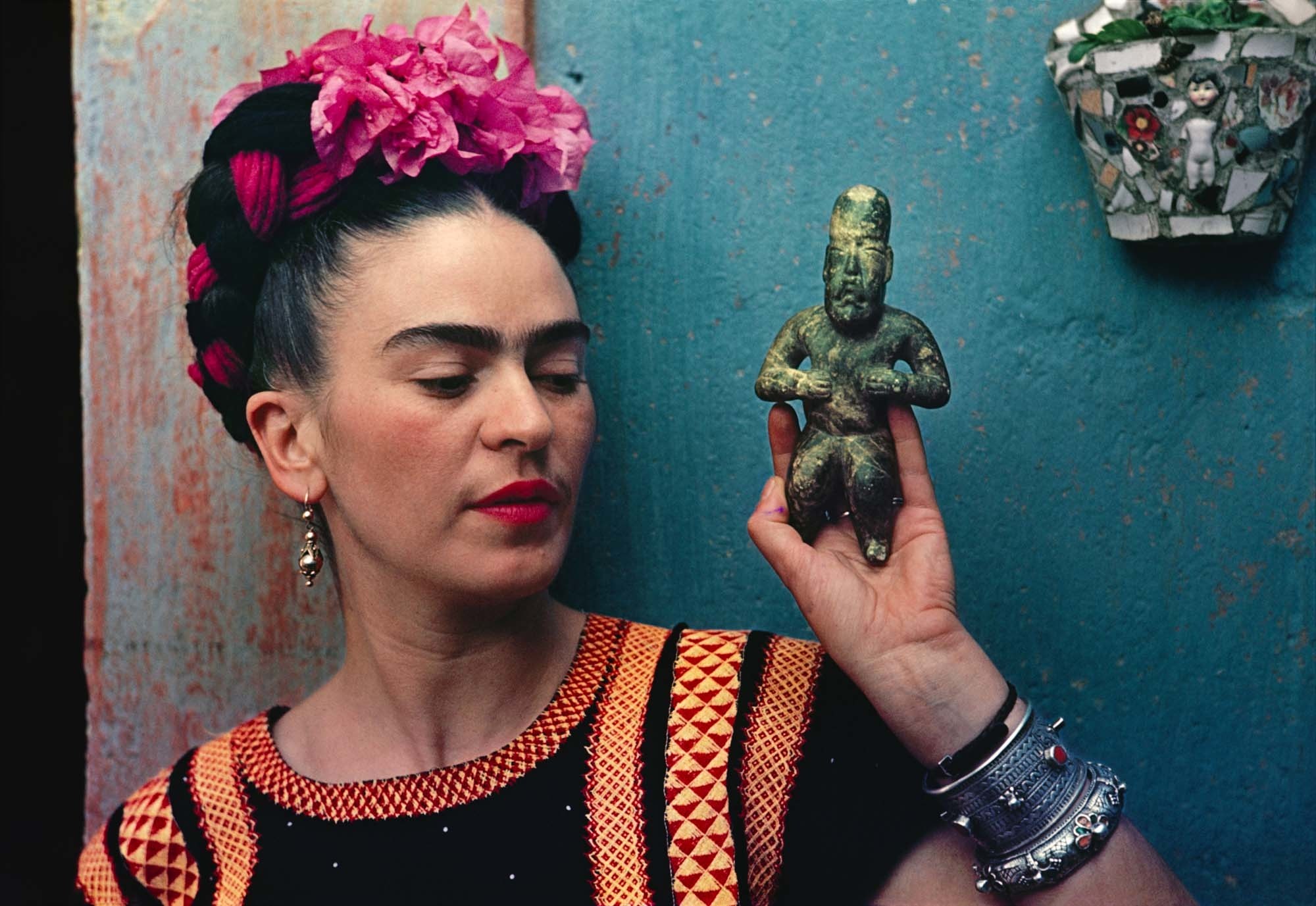 Now bout the recording, in the 90 second clip, the unknown speaker reads “Portrait of Diego” an essay Frida Kahlo has written about her husband.

“Gigantic, immense child, with a friendly face and a sad gaze.” Is how Frida describes Diego Rivera and the piece continues “His high, dark, extremely intelligent and big eyes rarely hold still. They almost come out of their sockets because of their swollen and protuberant eyelids—like a toad’s. They allow his gaze to take in a much wider visual field, as if they were built especially for a painter of large spaces and crowds”.

Hilda Trujillo (director of Frida Kahlo Museum) in an interview with the “Associated Press” says she is very optimistic although there is still a long way to go before the voice can be confirmed as Frida’s. “The clip includes enough elements to do a rigorous analysis involving library officials, engineers, audio experts and still-living individuals who knew the great artist”.