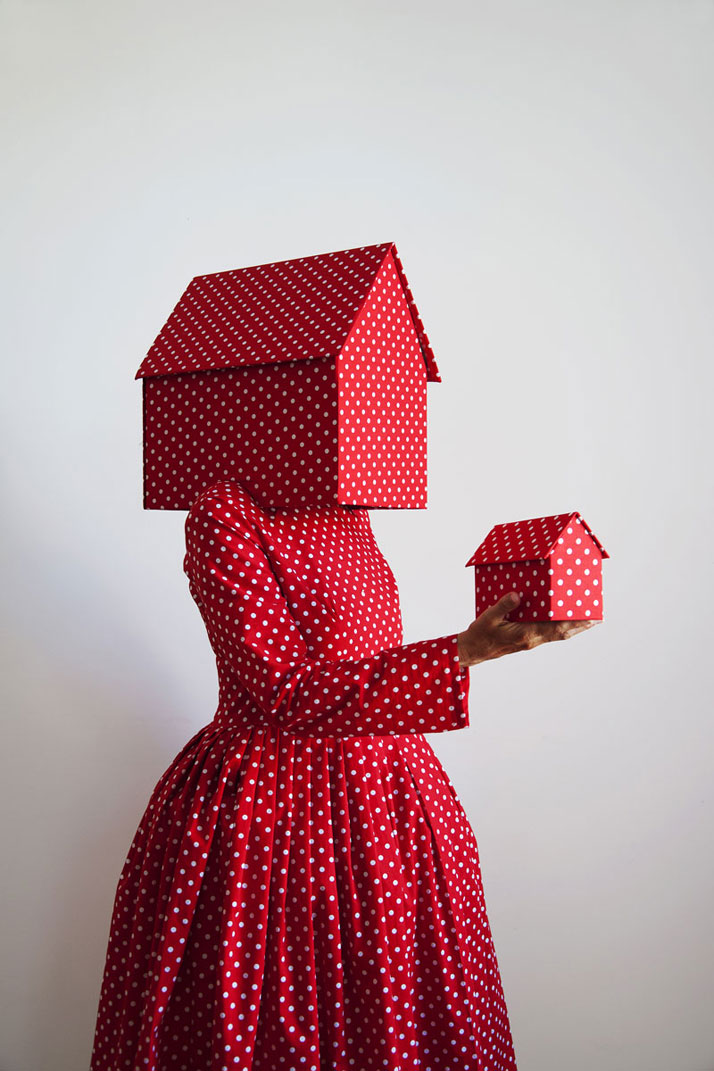 As the Italian capital of design gears up for the upcoming fashion week events, the Triennale di Milano museum is staging an unusual, altogether different fashion exhibition featuring garments of a different kind than those usually seen on the haute couture runways. Milan-based architect, designer and artist Alessandro Guerriero has been called in to curate this fashion-meets-conceptual-art show titled ‘Workwear’ (‘Abiti da Lavoro’ in Italian) –  which, as its title suggests, showcases work uniforms and working clothes, albeit seen from a different angle. With conventional workwear as its starting point, the exhibition sets out to explore the wider concept of fashion as part of an individual’s actual identity and the idea that ‘what we wear defines who we are’.

Designed to look both like a gallery and a boutique, the specially constructed installation inside theTriennale – created in collaboration with Italian designer Alberto Biagetti – features works created by 40 creatives hailing from the fields of art, architecture, design and fashion, many of whom have produced garments that are actually not meant to be worn. Instead, they serve a role as bizarre or indeed thought-provoking encounters, thereby transporting visitors away from their mere functionality as clothing.

Some of the ‘fashion artworks’ on display get straight to the point, as seen for example in Vivienne Westwood’s lumberjack ‘costume’ (complete with a shiny axe for wood chopping purposes). Others are more enigmatic or indeed surreal, such as Angela Missoni’s ‘uniform for a dreamer’ or the ‘cloud hunter’ dress by Antonio Marras. The most controversial piece in the entire exhibition however has to be Issey Miyake’s coat, pants and boots set, which is made out of gold foil and is meant for the exhausted African immigrants docking, in their infamous boats, at the Italian island of Lambedusa.

A definite must-see before the frenzy of fashion-week month begins, the ‘Abiti di Lavoro – Workwear’ exhibition offers much food for thought for all fashion lovers out there and will be on display at the Triennale di Milano until 31 August 2014. Powerful Collages Discuss War in The East and Ignorance in the West – by...