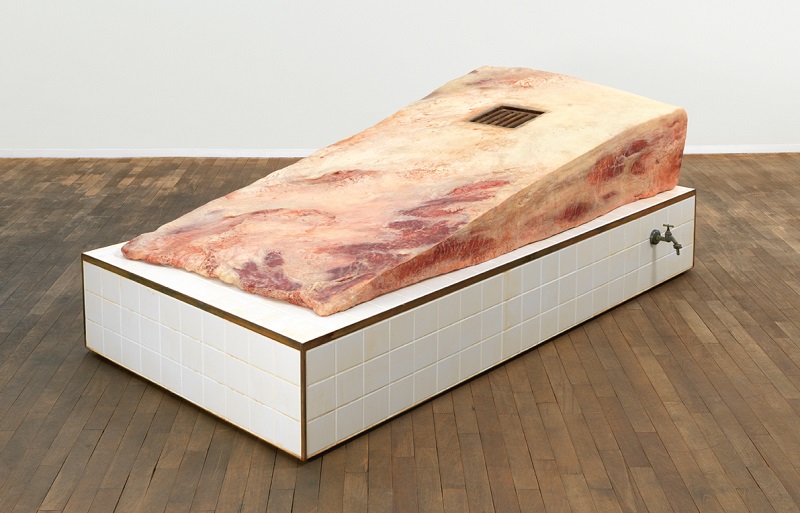 John Isaacs is a British artist, based in Berlin, Germany.

Issacs is well-known for his imagery of decay, abandonment and hopelessness. Working mainly on sculptures and installations, Isaacs is interested in the mentality and physicality of human beings. Their emotions, their scars, the way they keep going and the reason they stop.

Commenting on the fragility of the body and the oppositions met in materials and forms, Isaacs creates his works as if they were statements towards a cursed world.

Isaacs’ work seems to be entering the future, while tied to the past. Incorporating elements of the Renaissance, the grotesque and the contemporary art scene, Isaacs produces a body of brilliantly thoughtful work. “I’m not interested in the contemporary: I’m much more interested in bridging the past and the future.” he says in an interview with Polina Bachlakova.

The architecture of empathy, 2014

If your dreams are not your own then how can you claim to own them, 2010

Give birth to your own gods and bury your own demons, 2011

Walking in the poverty of our history in the making, 2011

Past past errors of judgment made real in the future lives affected, 2013