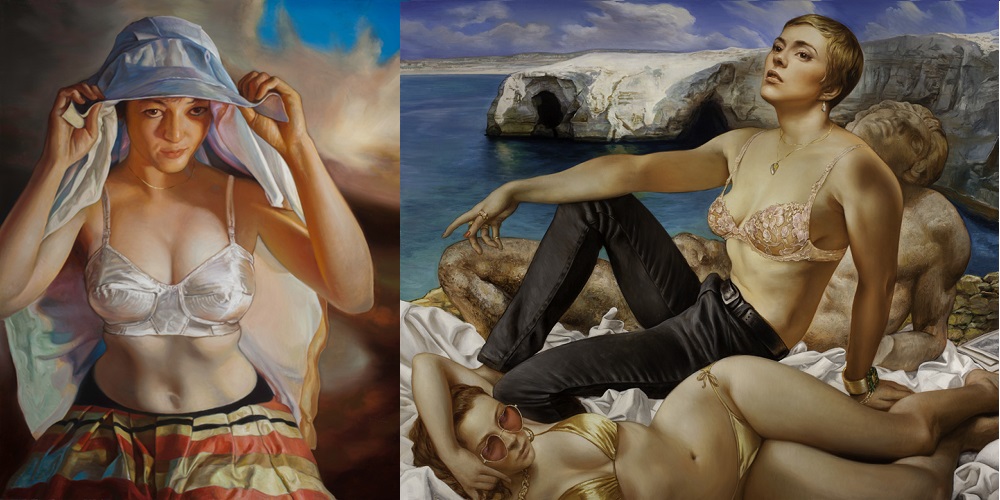 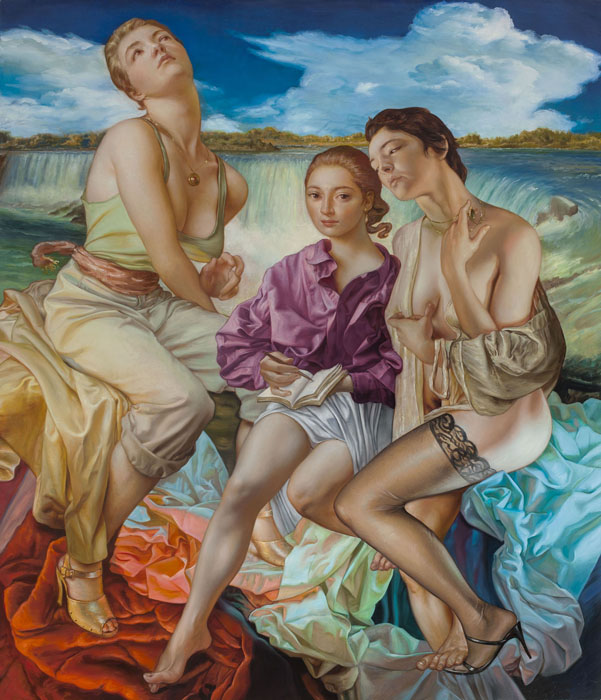 Jamie Adams is an American painter, born and raised in Pittsburgh, Pennsylvania. His work is focused on the seek and exploration of the muse, the modern woman that stands as the icon of her era, despite her flaws, own desires and anxieties.

In his series “Niagara”, Adams’ muse becomes conscious, and as she stands confused, she tries to understand her new reason of existence. As Dick Goody writes, “we enter a strictly post-adolescent realm.  The process begins in the transitional, topsy-turvy, toddler-titled Jeannie Big Bed.  The Seberg-muse has had an awakening and precipitously she possesses a soul.  The last thing that would have occurred to her in her past incarnation was that she might develop a conscience – and so the last thing on her mind now is sex-work.  The room around her, and all her former selves, fall away like so many shed skins, and cinematically, she gazes off-stage, off the lot, as it were, to where her future lays.” 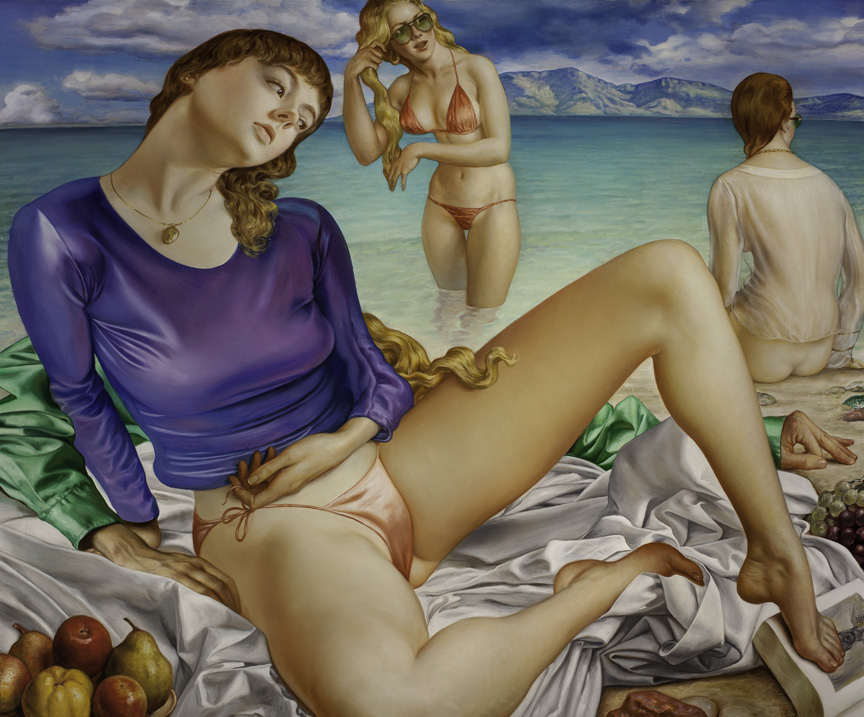 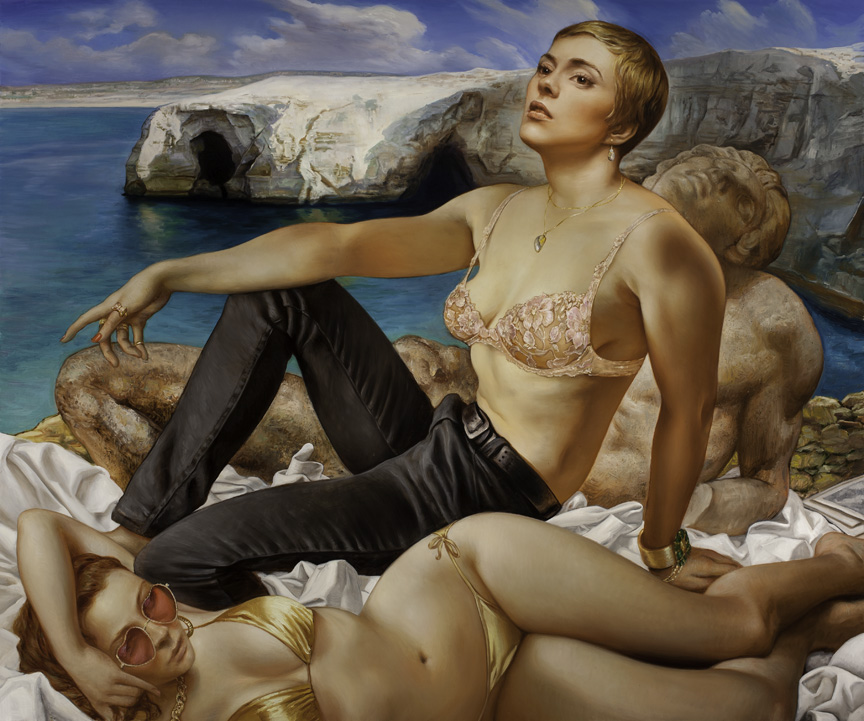 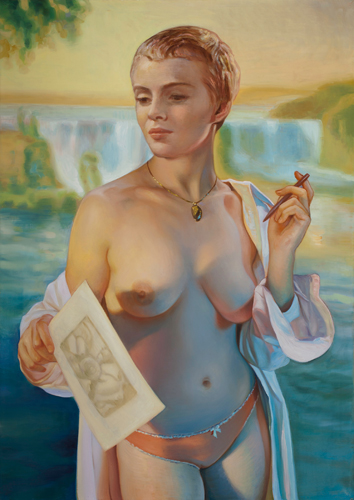 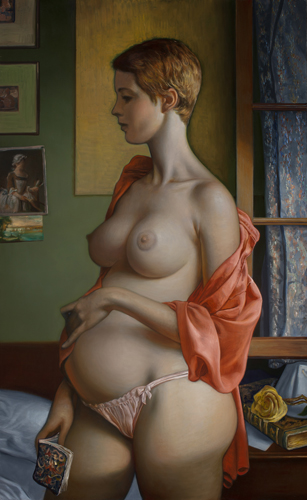 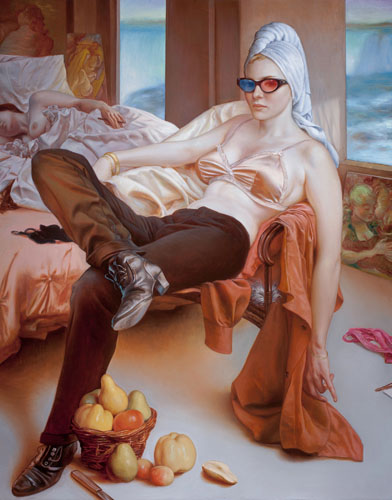 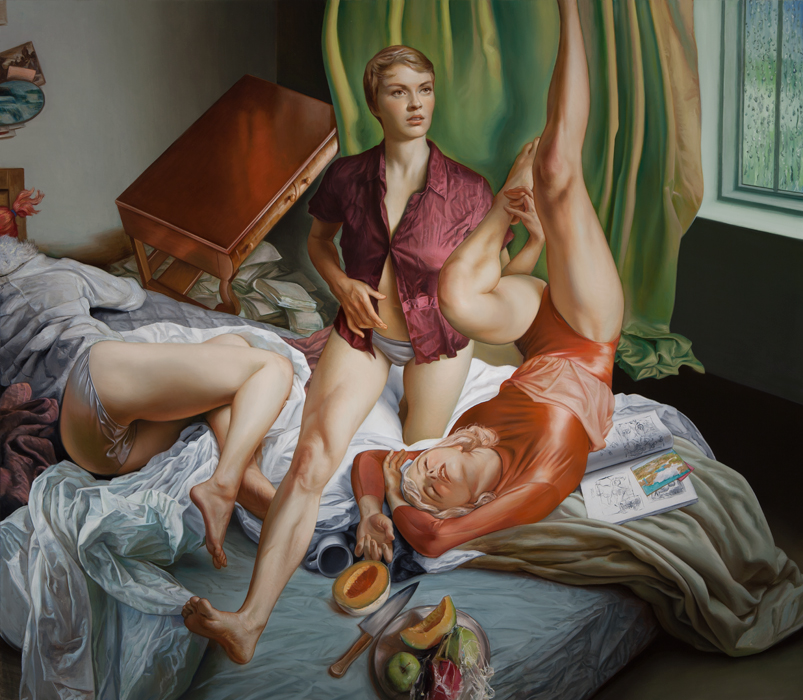