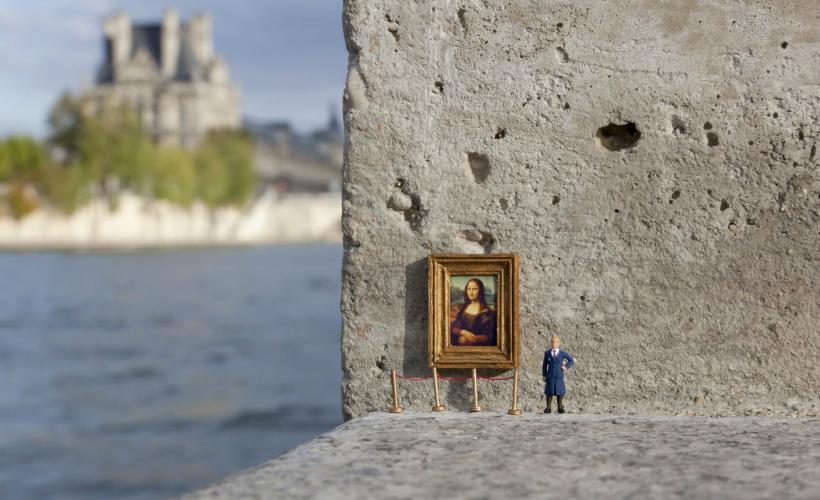 The UK artist began his ‘Little People Project’ to encourage a greater awareness of the city environment.

Slinkachu is a London based artist who creates small street installations that he later photographs. The installations are part of the ‘Little People Project’, which he began in 2006, that is based on miniature model train set characters that he remodels and paints.

The tiny characters are placed throughout city in scenes that explore the loneliness of urban life. He photographs the scenes up close and far away, providing two very different points of view. The installations are then left on the street, waiting to be discovered by city dwellers that are a bit more observant.

His work deals with surprise and a goal to force city people to be more aware of their surroundings. His installations are subtle and sensitive, reflecting the loneliness and melancholic way of life in a big city.

His characters seem lost and overwhelmed by their surroundings. But Slinkachu also incorporates humour and a sense of empathy. The scenes are quite varied. He portrays very different sides of everyday life and real urban situations like sight-seeing, camping, grocery shopping, fighting and even dying.

“Tales of Beauty” by Marco Guerra and Yasmina Alaoui (NSFW)