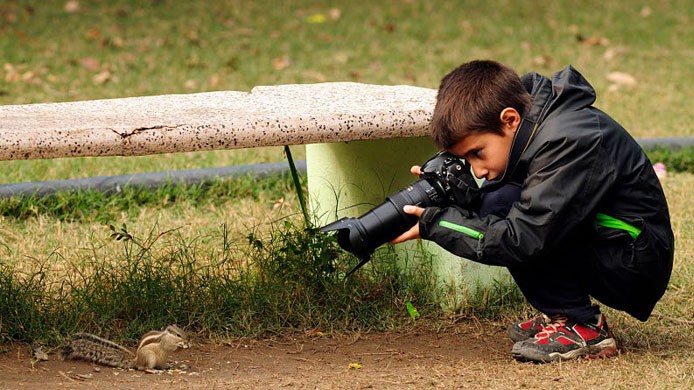 Since 1964, the National History Museum in London has been organizing their annual Wildlife Photographer Of The Year contest. This year, the Grand title winner in Young Wildlife Photographer of the Year, which includes photographers up to 17 years of age, was Carlos Perez Naval – a 9-year-old boy from Spain.

Carlos’ parents are tireless travelers, and they always take their son to all their trips around the world. When he was 4, he started taking photos of all the nature he saw –  first with a compact camera and now with professional equipment. He gets a bigger lens every time he goes abroad.

Carlos doesn’t need to be in far away lands to take nice photos – during the school year, the flora and fauna in his garden and surrounding Teruel can’t escape the “clicks” of his camera.

Carlos Receives His Prize From The Duchess Of Cambridge