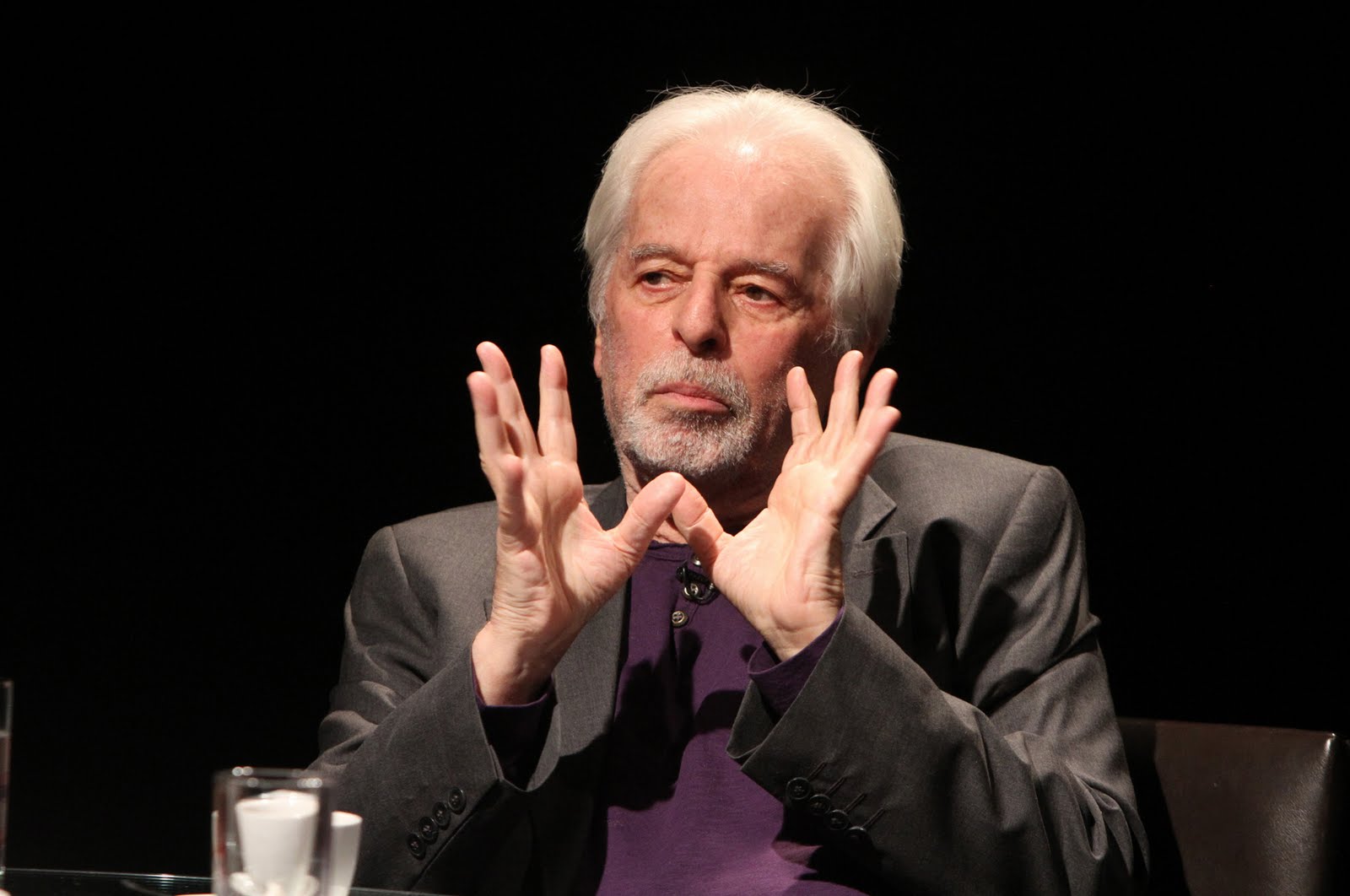 1. Filmmaking can be therapeutic.

I work with my family because it is a therapy. I invented a therapy called psychomagic and I apply that to my films. Shooting a film should be like opening up the limits to your mind.

First, it is good to work with your family because you collaborate with them and they with you. There are many Jodorowksys in the film. My son plays my father, ultimately acting as his grandfather. This is the seventh work I’ve made with my son.

I make pictures and theater with him. We’ve worked together since he was little in El Topo. Now he’s 50. With his acting, he’s changing the character of my father who was so cruel. Now, through my son, he becomes humorous. He becomes human. This therapy brings about a big change.

This film is like a psychological bond for the whole family. And I really cried a lot, if you know what I mean when I say that. And I hope this psychological work will help you too, because going to the cinema is not only for pleasure or leisure. It is also an experiment.

2. Filmmaking is a spiritual experience. Keep going to get to that spiritual place.

Nowadays cinema is an industry and one has to really wonder what is left for the director. The director is really the heart of filmmaking. He is the poet, the artist, creating his work. When I was shooting this work, I must say that it is something beyond me. I did not create it. I received it, because I think that is what happens. What is received is actually sacred, and that is why I made this film and that is also why the actors go much further than any other actors would, because they try to discover themselves as well.

3. Filmmaking is sacred, in fact.

Filmmaking is not a religion. It can be a mystical activity, a sacred activity.

There is no difference between preparation and being on set. When I am filming, I am completely there. In every moment you are making a picture, every day, every hour, I am a hundred percent there.

5. Talent can’t be forced. It can be nurtured.

6. Identify your skillset early on.

In another time in my life I wanted to make mime performances in Chile. I went to work with Marcel Marceau, and I wanted to be better than him. I compared myself with him and realized I could not be superior to Marceau because Marceau was a real genius in the mime. It was impossible; he was born like that.

And then I thought, “What am I doing with him? I will not finish like an old man painted white. And if I cannot be better than him in mime, I will be better than him in intelligence.” Because he was making pantomime, still like Charlie Chaplin. And I decided that I would give him my ideas, metaphysical pantomime, and that’s how I would collaborate with him.

And then I became the writer of Marceau. I made The Mask Maker. I made The Cage. I made a lot of things with him. For five years I worked as his writer of pantomime. And what I learned with Marceau, I used in Santa Sangre.

7. Stand up when you fall down.

From the experience of Dune, I learned how to fail. I say failure doesn’t exist; you need to change your way. That is all, and I changed my way. Whatever I could not do in Dune, I would make in other things. I learned how to start a new life. If you fall and you stay on the floor, it’s bad. But if you fall and then you stand, it’s good. You learn.

I made all my pictures with thieves, gangsters, and crazy people. This is the first time I made a picture with normal people who love movies. It’s the first time I’ve done this, because I cannot work with businessmen. They pervert me. They only think to want money, to sell objects. I don’t want to think like the capitalist who is selling clocks, or coffee, or whiskey. No, I don’t want to do that.

I make pictures in order to lose money. I say to the producer when he’s making my picture, “I want to lose money,” because I don’t want to make a picture out of a desire to want money. But if we do earn money, we will take it to make another picture.

9. It’s not about process. It’s about ideas.

An artist, a real artist, does not have a creative process. It should be like a dream. What is this, a process to make dreams? I don’t make dreams; I have dreams. I don’t make ideas; I have ideas. I receive in my mind the ideas. I come and I do what I feel. But I don’t prepare a process. That’s science. I am not a scientist.

10. But that doesn’t mean you can’t have a routine.

My writing routine is everyday I put a record on, the same one since 20 years. Then I burn a stick of incense, I put perfume here on the insides of my soles, I paint my left testicle red, and I write.

Artist Creates Unique Portraits By Painting On His Hand And Then Stamping Them On...