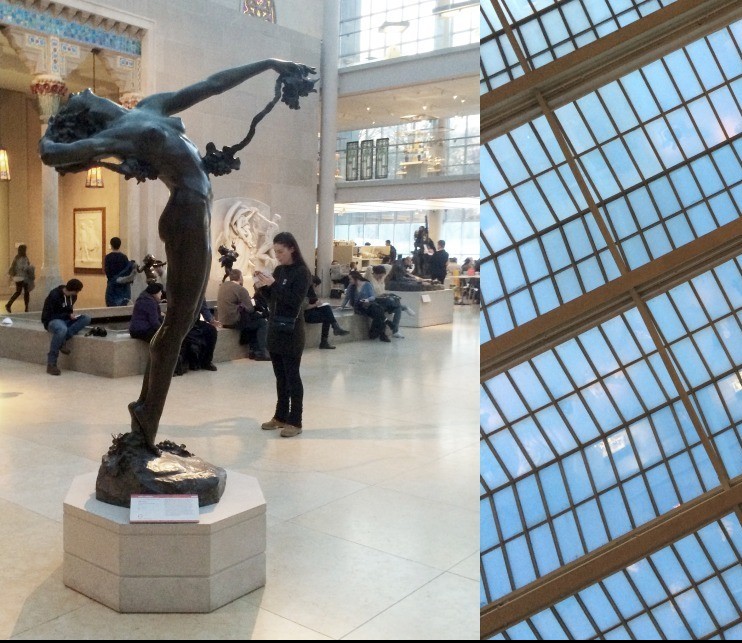 As museumgoers, we’re used to looking at art, but a new project from filmmaker and artist Masashi Kawamura inverses the traditional relationship of viewer to artwork. For his blog “What They See,” Kawamura has taken photographs from the perspectives of famous artworks, inviting us into their visual fields. We see what they would see — if they could see. Among the works represented so far are Degas’s “The Little Fourteen-Year-Old Dancer,” who apparently spends her days at the Metropolitan Museum gazing at the arch of a doorway, and Modigliani’s “Reclining Nude,” who gazes sideways at the paintings on the opposite wall.

Kawamura said he was inspired to create “What They See” when his “eyes met with the ‘Study of a Young Woman’ by Vermeer” and he became “curious how she and the other ‘arts’ saw us.” He proceeded to take photographs from the perspectives of many works in the Met. Ultimately, he hopes to bring “a fresh perspective to the act of viewing art,” inciting audiences to regard the subjects of paintings or sculptures as “characters living in the museum.”

The project is a welcome reminder that art can serve as a window onto a foreign viewpoint. The latest of Kawamura’s thought-provoking projects,“What They See” prompts a playful but meaningful dialogue with artworks — rather than regarding them as inert objects, we’re encouraged to see them as animate ones that can challenge our perspective.

“Covered”: A Photo Series Exploring The Realities of Heavily-Tattooed People

On this Day: 27 October 1922 – Southern Rhodesia rejects joining the Union...