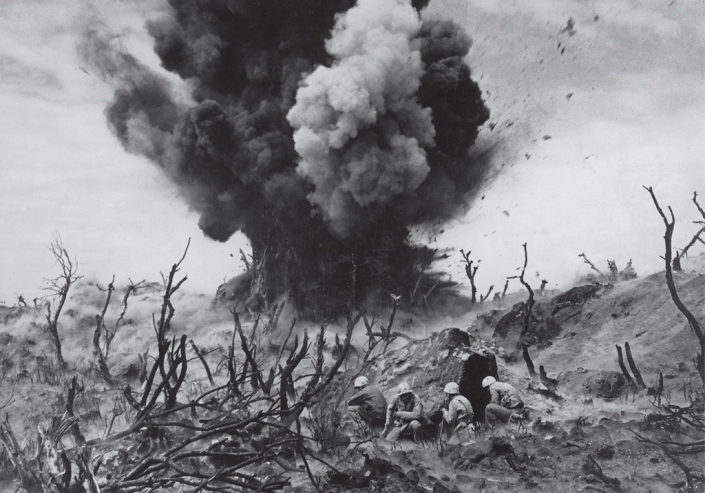 No conflict in recorded history transformed the globe as thoroughly as World War II. Cities were obliterated; national borders were altered; revolutionary and, in some cases, fearsome military, medical, communication and transportation technology were invented; and tens of millions were killed — the majority of them civilians. Simply put, the world of August 1945, when the war ended, bore little resemblance to that of September 1939, when Nazi Germany invaded Poland.

During those six long, uncertain years, LIFE covered the war with more tenacity and focus than any other magazine on earth. Twenty-one LIFE photographers logged 13,000 days outside the U.S.; half of that time was spent in combat zones. In tribute to those journalists, and to the men, women and even children who sacrificed so much in the Allied war effort, LIFE.com combed the magazine’s unparalleled archives for some of the greatest pictures made during WWII — often searing, occasionally lighthearted, always memorable images from the streets of Blitz-ravaged London to the sands and jungles of Saipan, Guadalcanal and Iwo Jima.

Seven decades have passed since the war ended, but the power of these pictures (several of which were never published in LIFE) has barely faded: confronting them today, we’re still dumbstruck by the destruction; we still flinch at the scale of the suffering; and we marvel at the courage of the men and women whose unity of purpose kept the flame of hope alive in the darkest hours.