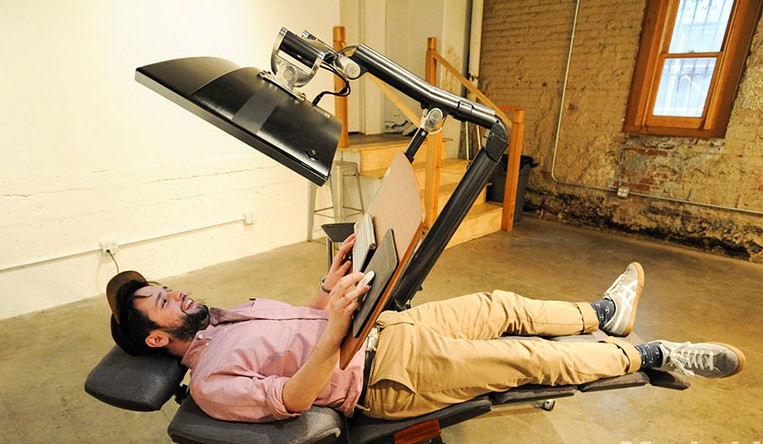 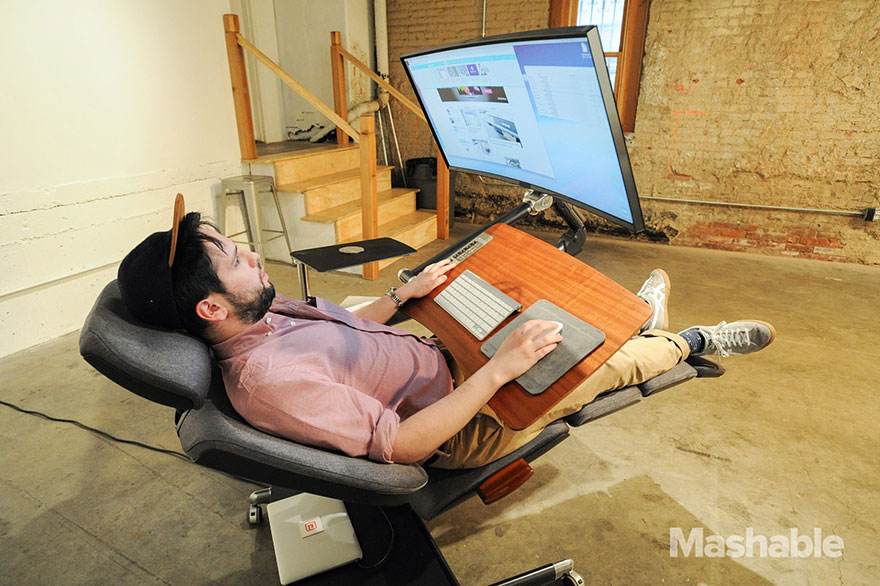 The saying goes, “when life gives you lemons, squeeze the heck out of them and make the most amazing lemonade ever”. Well, this is exactly what Altwork co-founder John Speicher did, when he suffered a back injury that prevented him from working at a computer.

You know computer people and their computers. Inspired by Mr. Speicher’s misfortune, Altwork designed the Station, a lying desk that allows you to work in four different positions, from standing to lying down, the latter made possible by magnets. As Altwork co-founder and CEO Che Voigt told Wired, “We aren’t trying for a general purpose desk. This is designed for people whose job is to operate a computer. We are looking at CAD engineers, financial traders, animators, technical writers. I feel like the high-intensity computer user is undervalued. Those are the people who, if their project gets done a little bit sooner, that’s a big deal.” 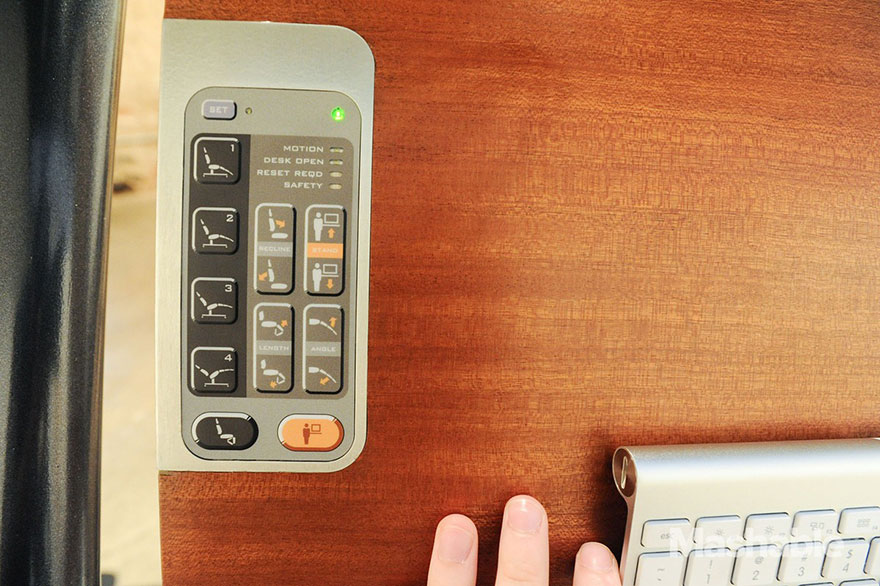 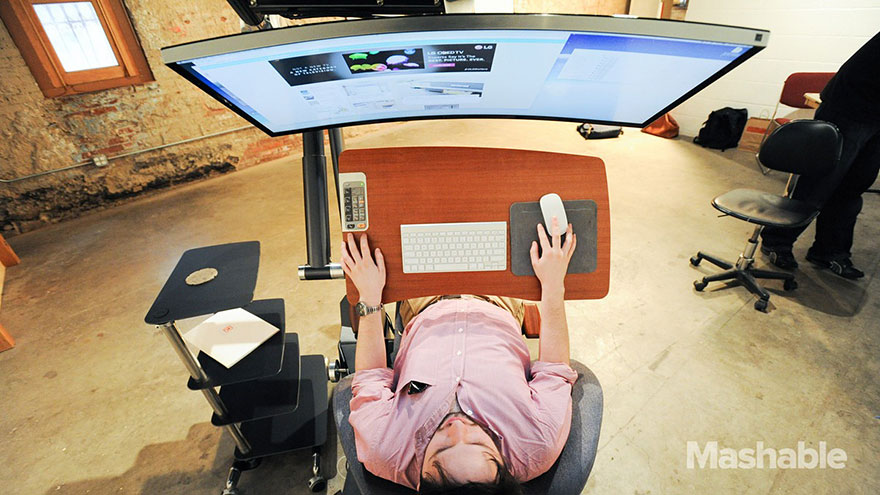 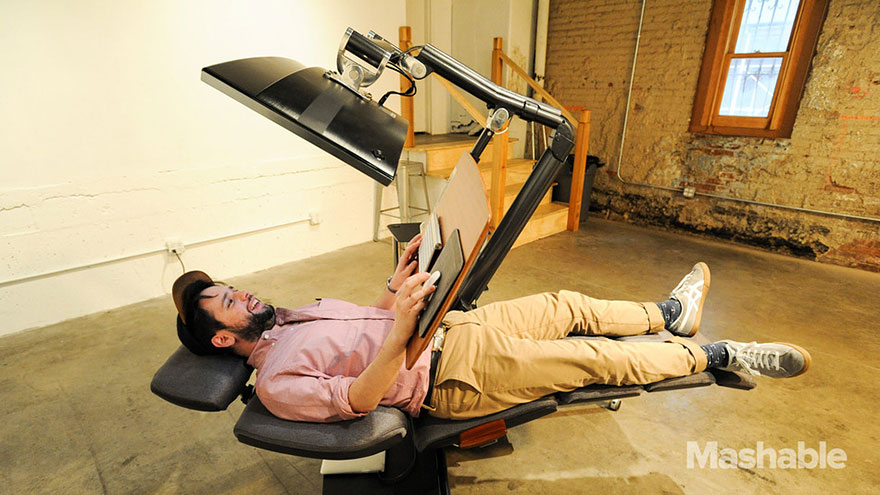