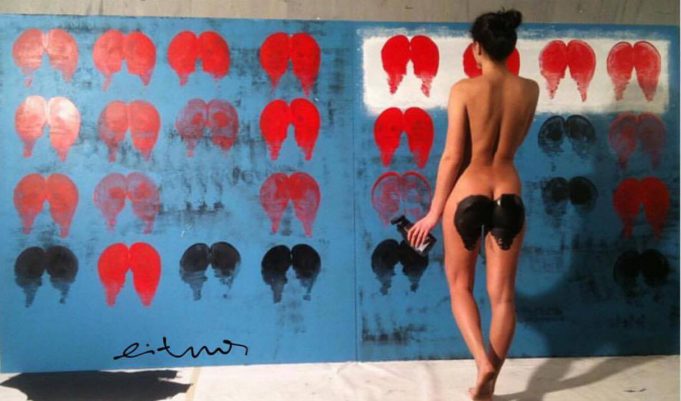 Deep, striking colors and a delicate technique compose Haris Lithos‘ graceful traces on canvas, paper and wood. Working with models and occasionally objects and clothes, the artist stands mainly as an observer, a medium of his artistic practice, watching and guiding his subjects as they leave their body prints on the surface. 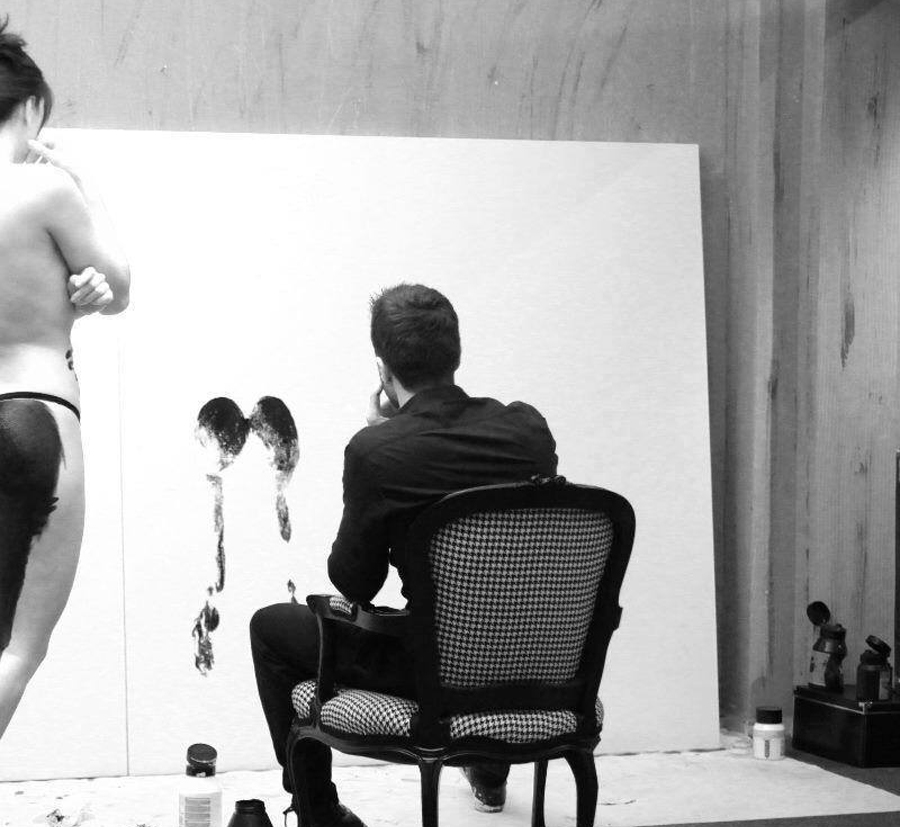 Lithos is an artist who pays a lot of attention to detail. His forms often repeat yet always differ from one another, highlighting each subject’s uniqueness. Whether it’s a female body or a teddy bear, each leaves behind a personal trace, a memento of its coexistence and collaboration with the artist. 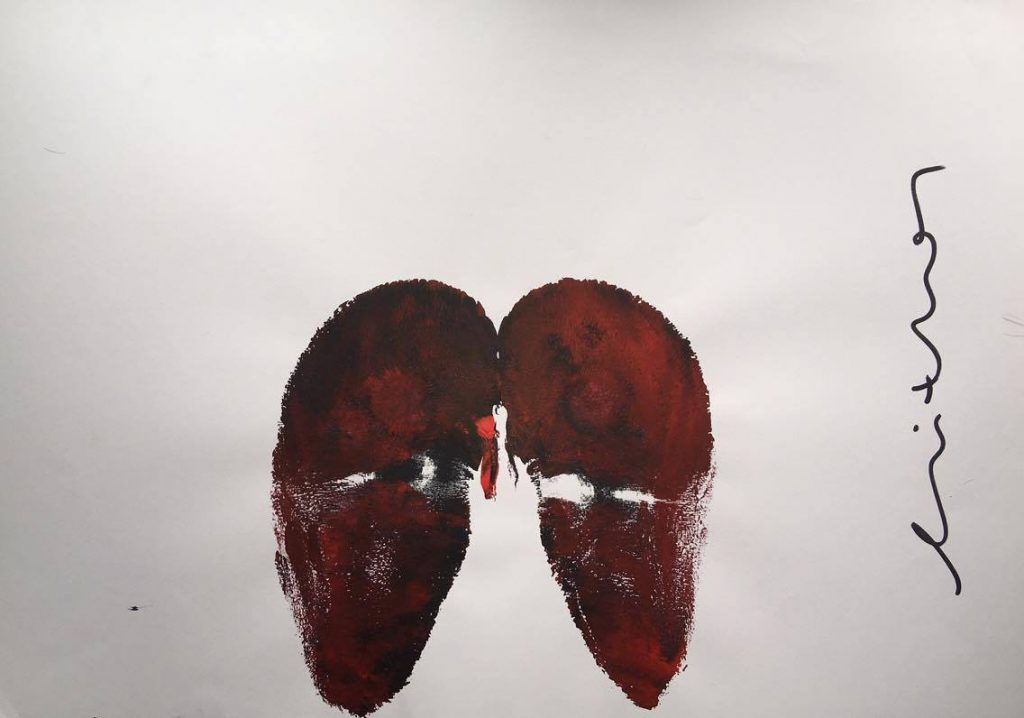 Apart from his interest in traces and his artistic technique, not much is known about the artist. This veil of secrecy around his existence leaves only a few holes for the viewer to look through and try to find out more. The artist has been praised by acclaimed European writers, artists and photographers, with Greek Nobel-nominated poet Kiki Dimoula writing a laudatory review on his work that might sound to one’s ears like a poem or a philosophical analysis. Amongst other beautiful things, Dimoula who has been suffering from obstructive pulmonary disease says that looking at Lithos’ paintings mysteriously pushed her to breathe in a steady, pleasant rhythm. 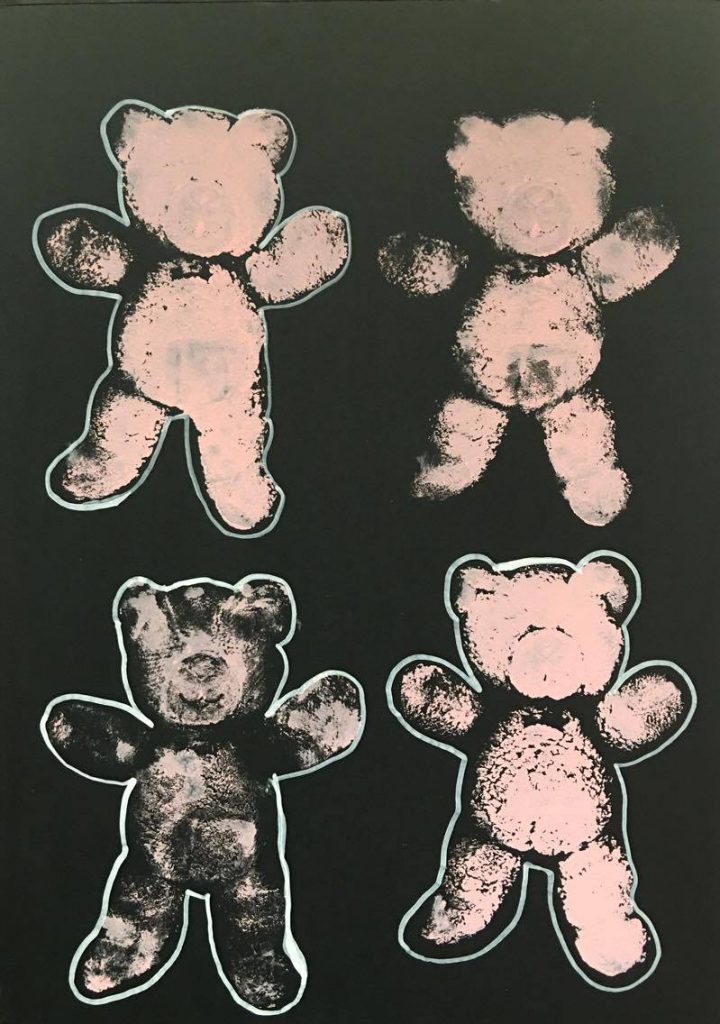 When I first saw Lithos’ work it strongly reminded me of the work of Yves Klein. But by viewing it again I realized how much it differs in its forms, colors and technique. Apart from the human body being their common subject, Lithos’ work is essentially different in its process, while his subjects are more provocative and personal at the same time. The use of colors and the final forms on paper and canvas, reveal a more intimate relationship between the artist and his models, rather than the extravagant work process of Klein that would often happen in public for the sake of his famous happenings. After all, using the female body as the artistic medium cannot be a monopoly of a certain artist, the way a brush cannot be used by just one painter. 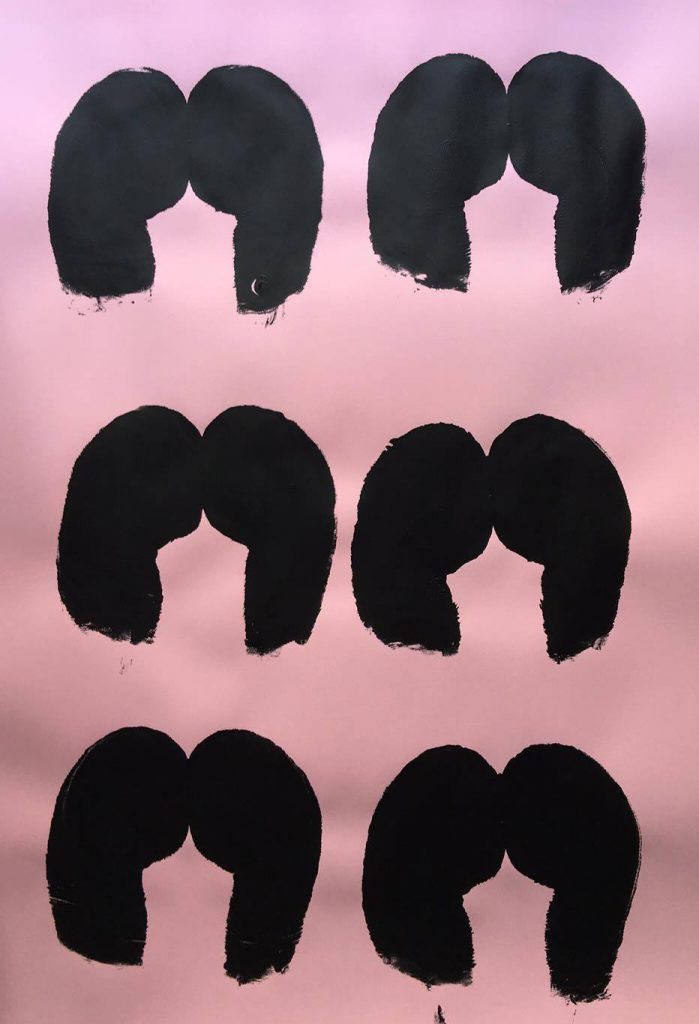 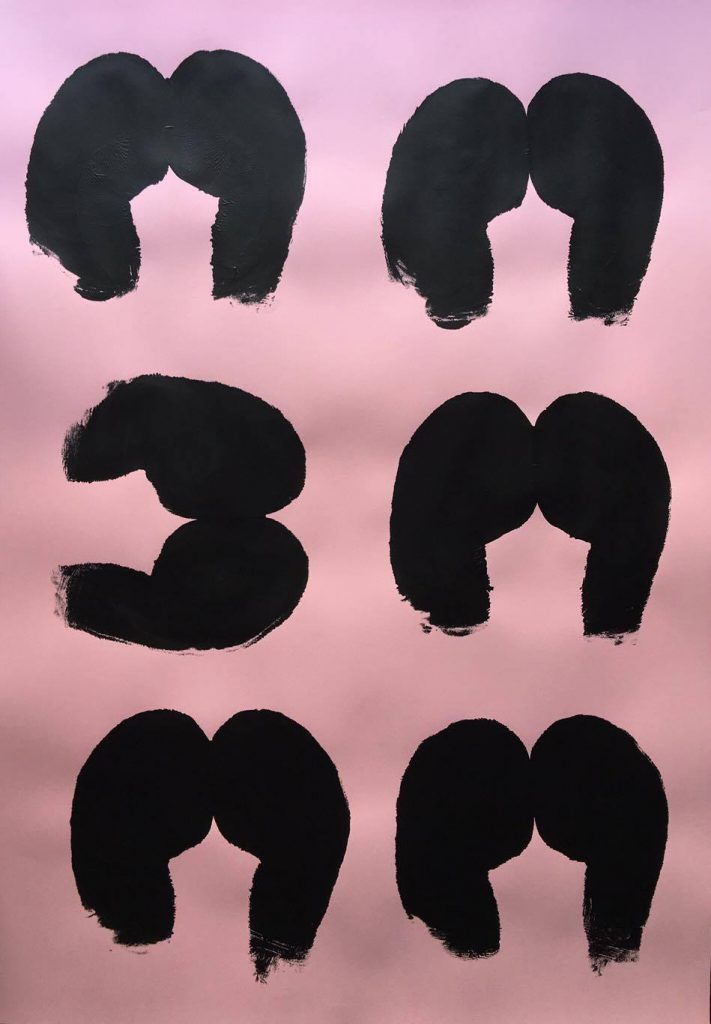 In an interview the artist states that through his work he tells a story. Being a narrator of stories, he tries to find a unique feature in every model he works with, one that would probably relate to their life story and their character. This process helps Lithos identify the body part he has to work with, that special spot that needs to be imprinted. 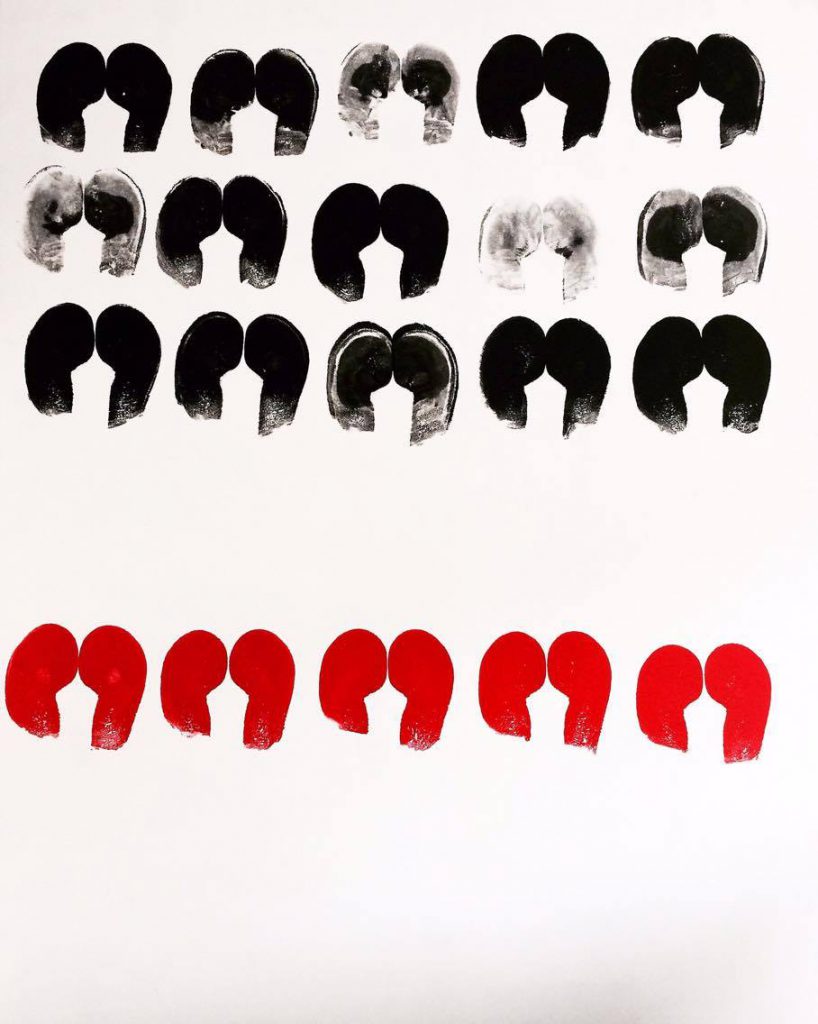 Even though his main subject is the female body, Lithos doesn’t objectify women. He doesn’t use women as an object, a medium that substitutes a brush, but forms a deeper connection with each woman and works with her in an almost sacramental way, painting her body and then imprinting it on the paper as the product of that union. This process reveals the artist’s true intentions, to highlight a woman’s sexuality rather than exploit it. 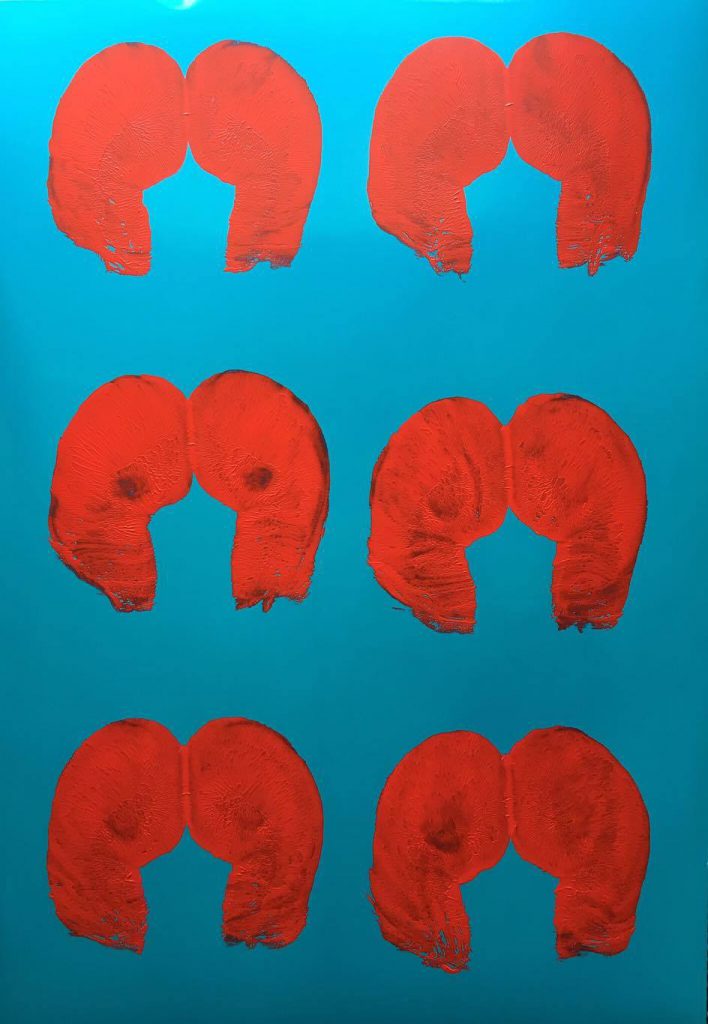 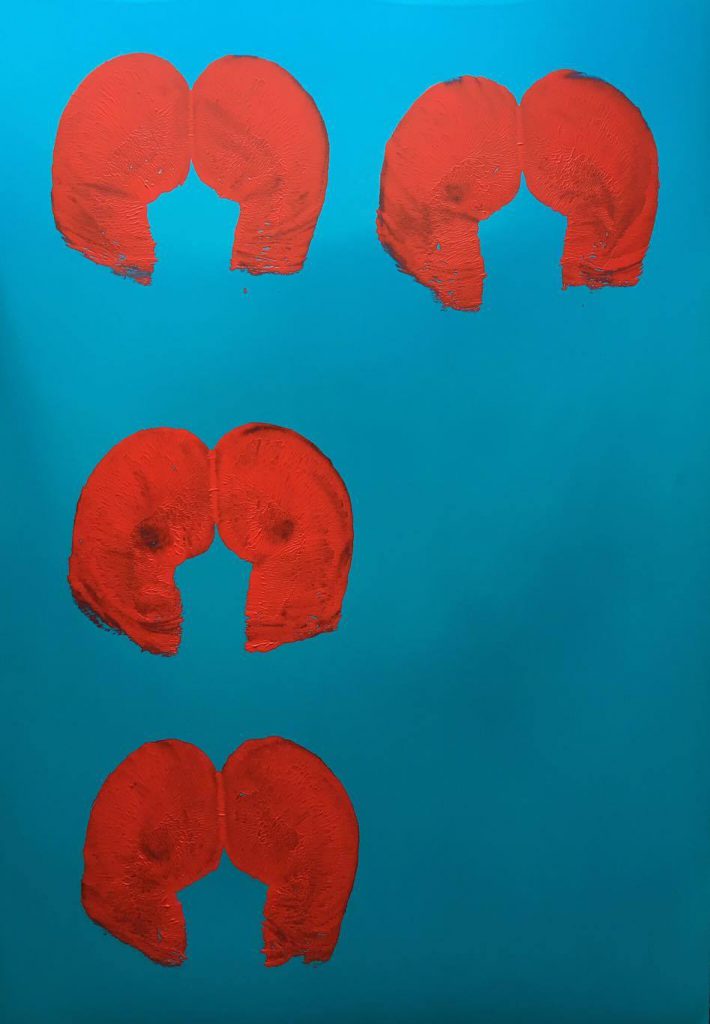 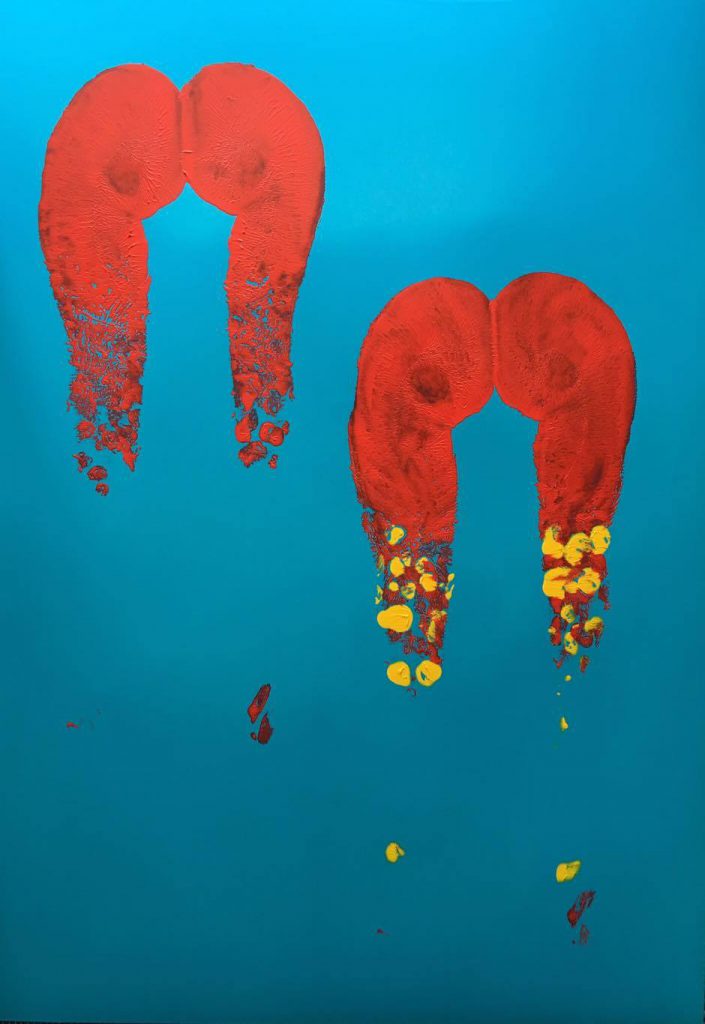 Understanding his process can make the audience change the way they look at the artist’s paintings. The more you read about Lithos, the more you see in his paintings. More features, more stories, more connections, all constantly changing by both personal and common factors. And while all of the artist’s works have similarities when it comes to their forms and colors, every single work of Lithos’ fills the viewer’s mind with different thoughts and his heart with new emotions. 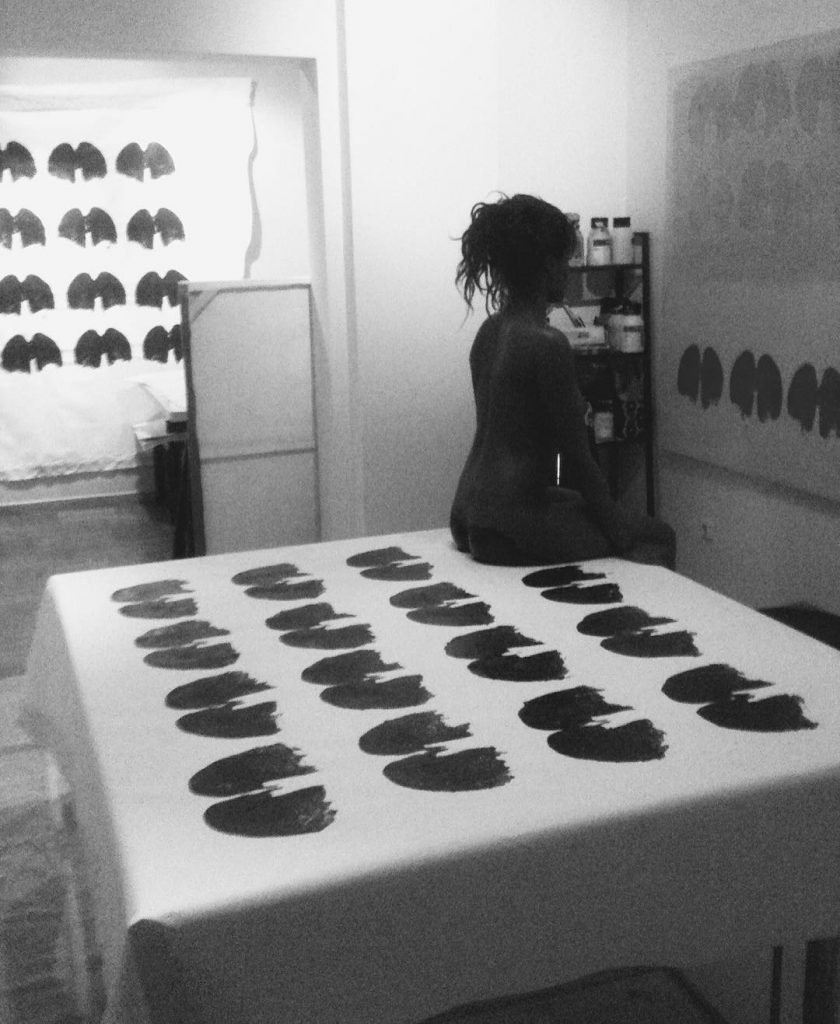 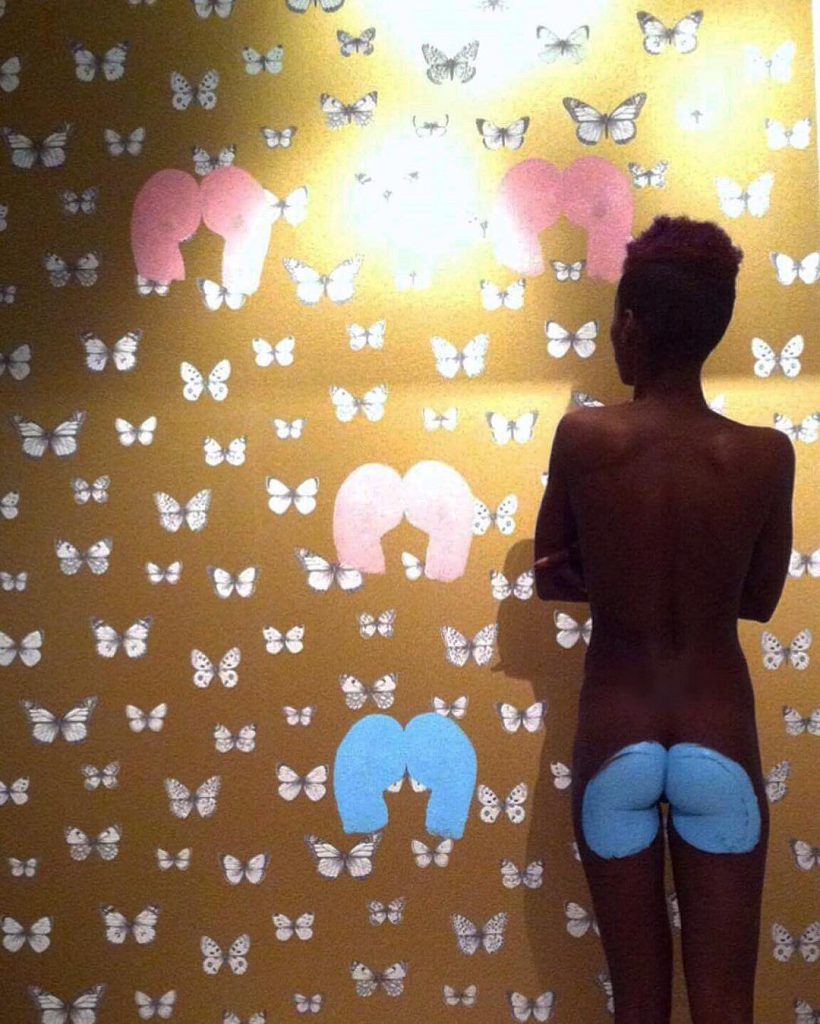 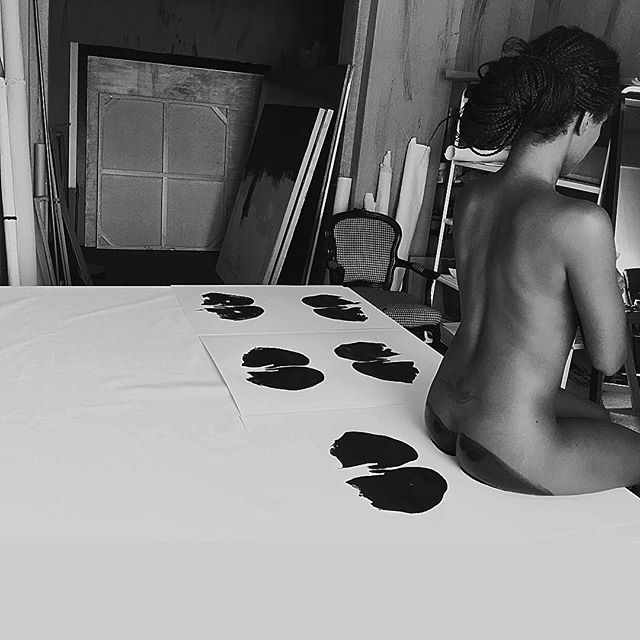 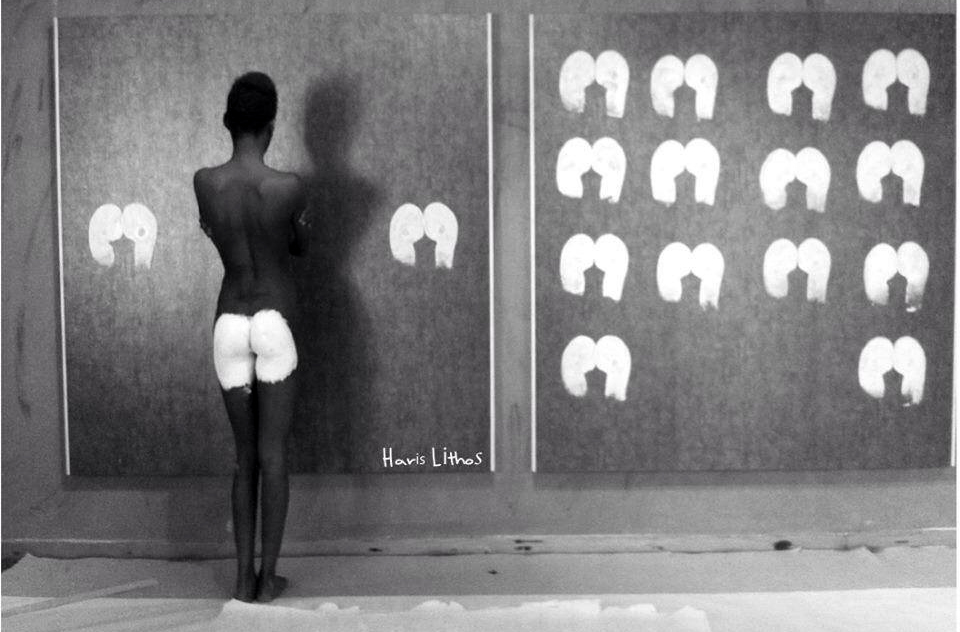