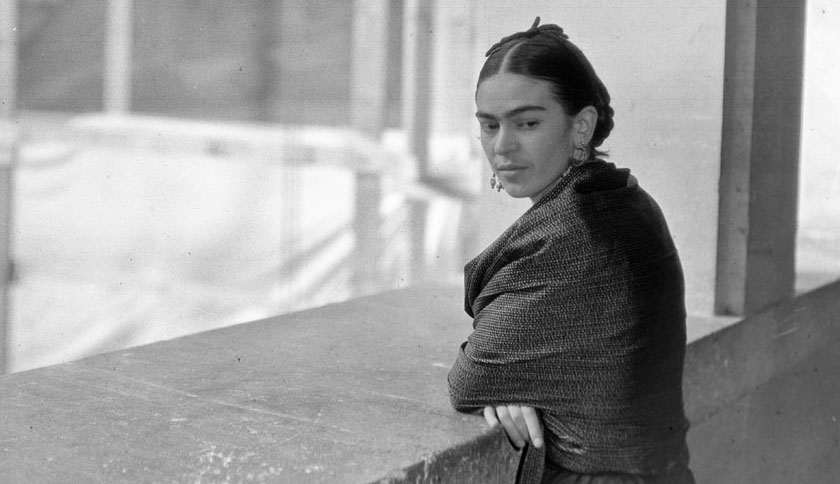 There’s a city out there which has been legendary in being the home of some of the most legendary artists and a unique hub regarding music. This city is Detroit. Many great names are found in the history of this troubled city and one of them is Frida Kahlo.
Kahlo was 18 years old when she was run over by a bus in Mexico City and was nearly killed. She had several major injuries that made doctors believe she wouldn’t make it. But she did. She spent months in bed in full body cast before she was able to gain back her ability to walk. She survived this horrible accident, although she would have relapses of excruciating pain for the remainder of her life. The bus accident was also responsible for her not being able to have children, despite the fact that she had conceived three times. All her pregnancies had to be terminated.

Before the accident, she was studying to be a doctor but her father (Guillermo Kahlo), a photographer and an amateur painter, had given her his box of paints and brushes during her long recovery and was the one who encouraged her to paint. She started to paint in order to do something with her time and take her mind off the pain. She said, “I felt I still had enough energy to do something other than studying to become a doctor. Without giving it any particular thought, I started painting”.
After her recovery, Kahlo dropped out of her studies in medicine and decided that she would be a painter. But it wouldn’t be for another few years before she made her real breakthrough in painting by producing her first masterpieces, and that would happen in a place she resented, Detroit. She was 24 years old and already been married to revered Mexican muralist Diego Rivera for 4 years when they both visited Detroit and stayed there for little less than a year. Still, those months were enough for them both to create amazing works of art and cause such controversy that nearly closed down the Detroit Institute of Art.

Kahlo and Rivera are considered Detroit legends despite their short stay there. This year is another great year in the city Diego loved and Frida was turned off by. Detroit celebrates both artists with two major events. From March 15 until July 12, 2015 the Detroit Institute of Art hosts the exhibition ‘Diego Rivera and Frida Kahlo in Detroit’ with nearly 70 works of art from both artists. Also, the Michigan Opera Theatre will present Robert Xavier Rodriguez’s ‘Frida’ the first-ever opera regarding the painter’s life, which was first performed in Philadelphia in 1991. The opera will debut on March 7 and four more performances will be presented in several venues around the city until March 28, 2015.

So, if you’re in Detroit in March, my brave reader, do drop by DIA and why not go to the opera, too? Sometimes -maybe even most of the times, now that I think about it- the best way to know about our favourite artists’ lives is through Art itself.

Here is a rare video of the murals being made at the DIA: