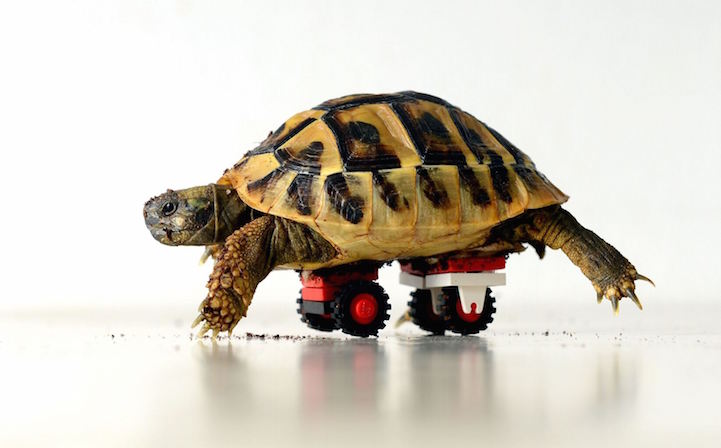 A vet’s cleverness and a few LEGO bricks gave a little tortoise the chance to move around easily on its own tine “wheelchair”. Iris Peste, the tortoise’s owner, took him to the vet when she observed that Blade had difficulty to move. Dr. Carsten Plischke found out that Blade’s limbs have lost their strength due to a combination of issues, like a growth disorder and worms, resulting in the tortoise’s disability to walk without aid. In a moment’s thought, Dr. Pilschke took some of his son’s LEGO bricks and fixed them on the underside of little Blade’s shell, who is now able to move around thanks to the two sets of wheels that now support his body. In the meantime, his legs can heal until little Blade walks on his own again.

Dr. Pilschke says that “for people there are walkers, rollators or prostheses but for animals there are no companies that produce something like that” and continues that “the size variation of animals means they can’t establish uniform products. So you have to come up with creative solutions; every animal needs its own treatment”. Thank goodness for imaginative and benevolent veterinarians like Dr. Pilschke who are willing to find a way to help animals any way they can. 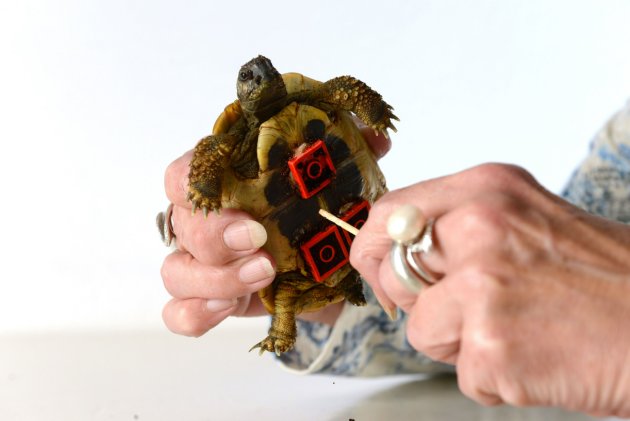 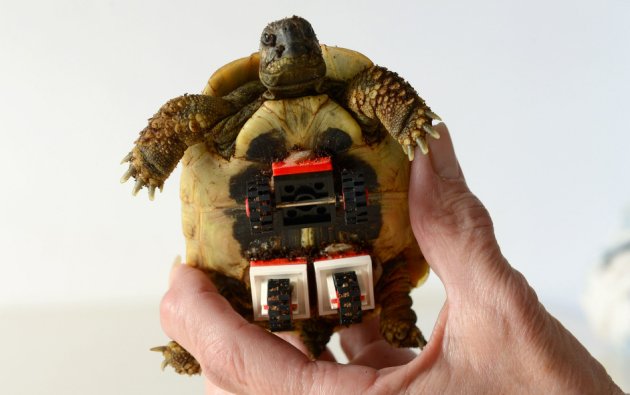 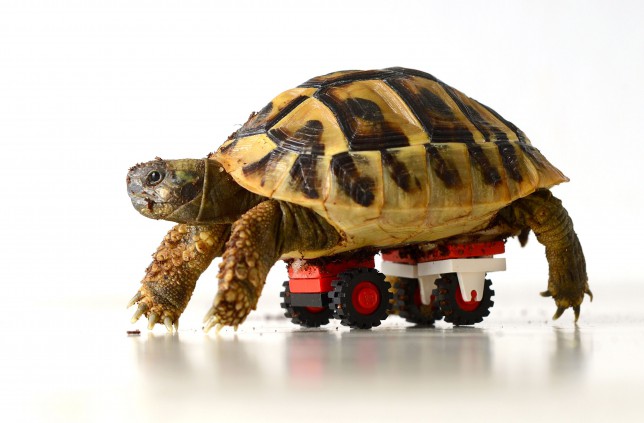 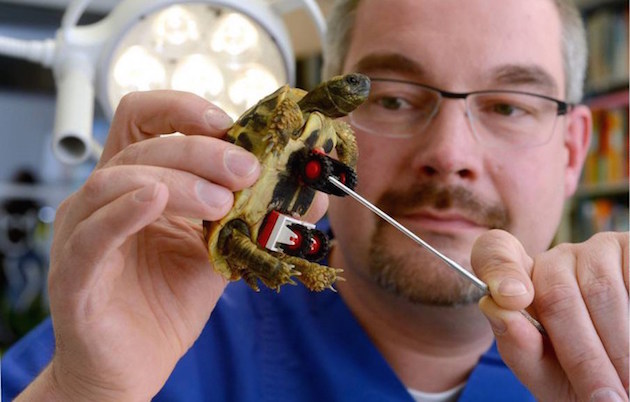 A Teacher Makes Math Easier for Children by Using LEGOs 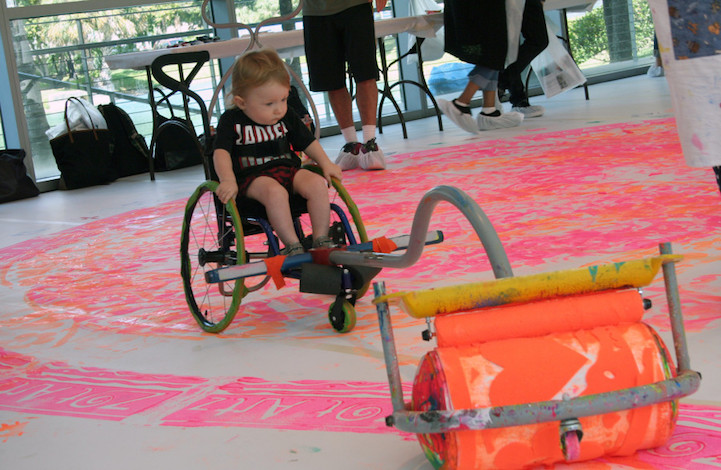