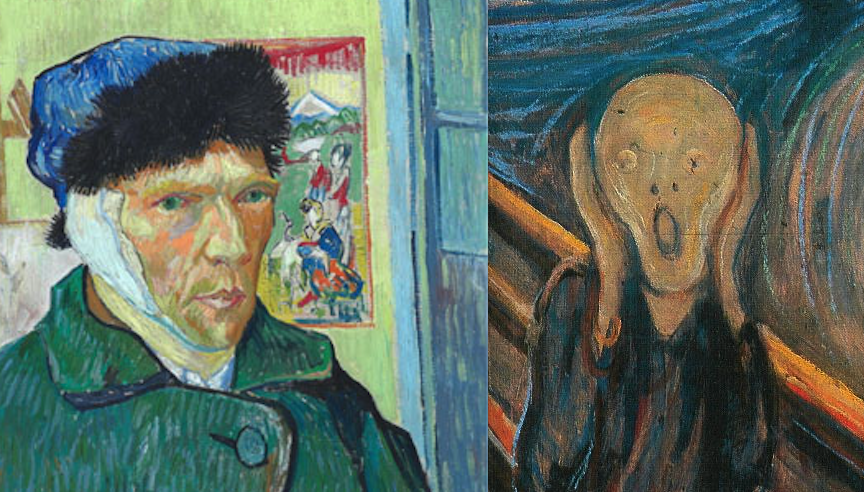 Mental illness is part of the human condition and Art has showed us the way of appreciating it for what it is and not as something unusual or despicable. mental illness can even be seen as a beneficial and valuable experience and it has been celebrated by modern art as a risky yet artistic undertaking. We are all familiar with Vincent van Gogh’s “madness” but this psychiatric modernism has much deeper roots in the history of Art, reaching as far behind as the Renaissance and Romantic periods.

Creativity is an illogical process and this is precisely why artists are empathic towards what society refers to as illness. But as Plato said, “madness is a gift from the gods”.

1. Vittore Carpaccio – The Healing of the Possessed Man at the Rialto (c. 1496)
This is a painting of 15th century Venice’s everyday life and it shows how mental illness was comprehended and cared for in medieval times. “The Healing of the Madman” is about a man that is amazingly cured by a priest among the crowds of the Rialto bridge and shows how mental illness at the time was not a medical problem nor a social one, but a religious experience.

2. Matthias Grunewald – The Temptation of St. Anthony (c. 1512 – 16)
Saint Anthony the Great, an early Christian hermit who was tempted by demons, has fascinated with his story artists from the late middle ages. Grunewald sees this as a private terror within a psychological context, a depiction of a man whose mental health is threatened. It is a work of benevolence as it was created for a hospital where people with disfiguring illnesses were cared for. This painting has guided German impressionism and is still considered a respected work of regarding the sanity of mind.

3. Albrecht Durer – Melancholia (1514)This idealized masterpiece a diagnosis of what today might be thought of as mental illness as well as a brave observance of it. Gloom is impressed upon the grieving face of Durer’s ghost of melancholia. She uses her tools to judge a Renaissance genius, that is a mathematician, architect and geometer. For Durer melancholy is the emblem worn by genius, because he believes that to aim to knowledge and creativity can only be achieved by declining into hopelessness. For him, depression is dignified. many argue that this particular print echoes the dawn of psychology. 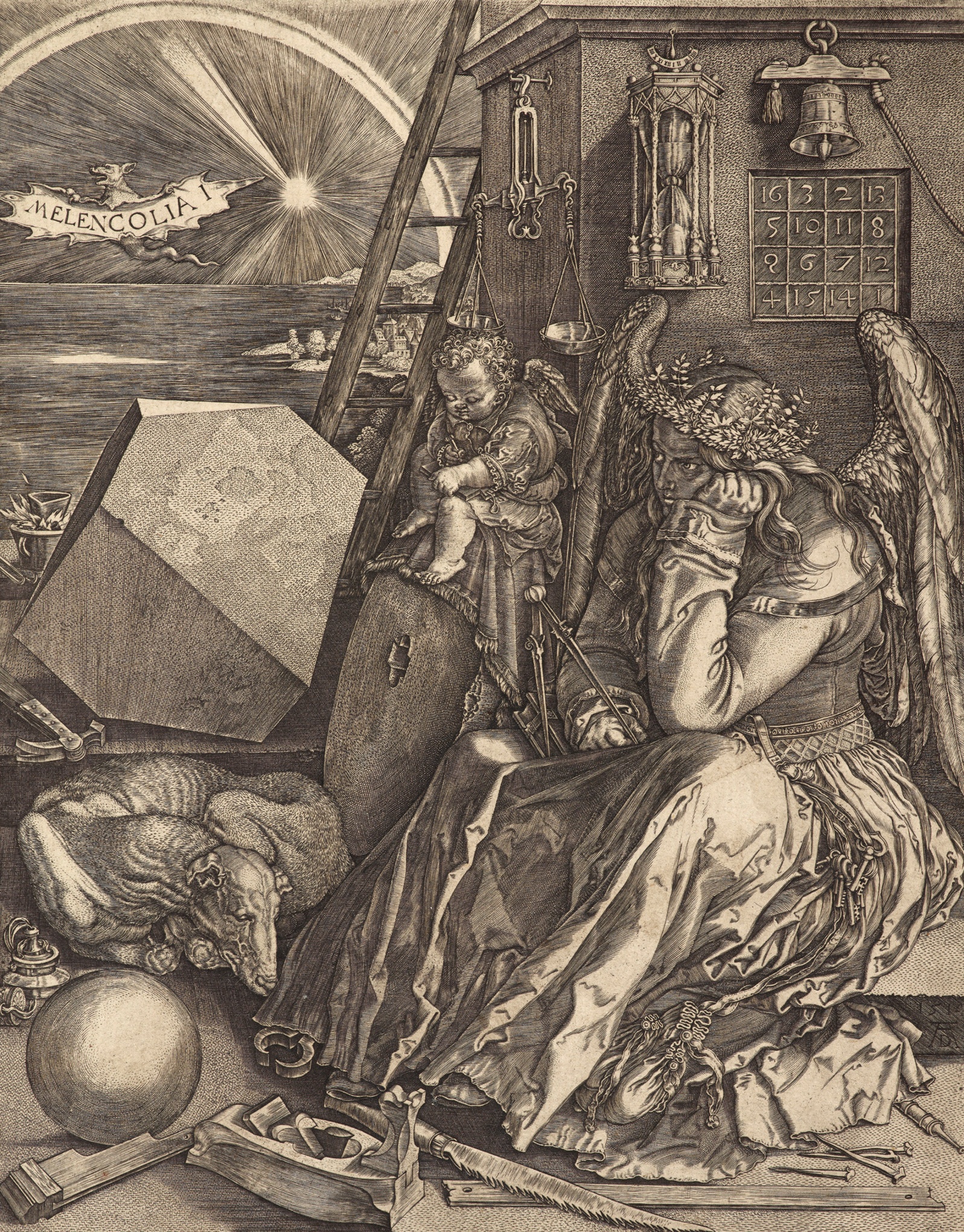 4. William Hogarth – The Rake in Bedlam (1733)
Durer’s, Shakespeare’s and Cervantes’s awareness insanity is part of human lives was not shared by London’s Bethlem Hospital founders. The infamous “Bedlam” began its life in medieval times and is thought to have specialised in mental illness as early as the 1300’s. In this work of art, Hogarth shows two “mentally sound” women taking pleasure in an exhibition of insanity, including people who believe they are royalties or high-ranked priests. For Hogarth, the barrier that separates mental health from madness is not a clear one. 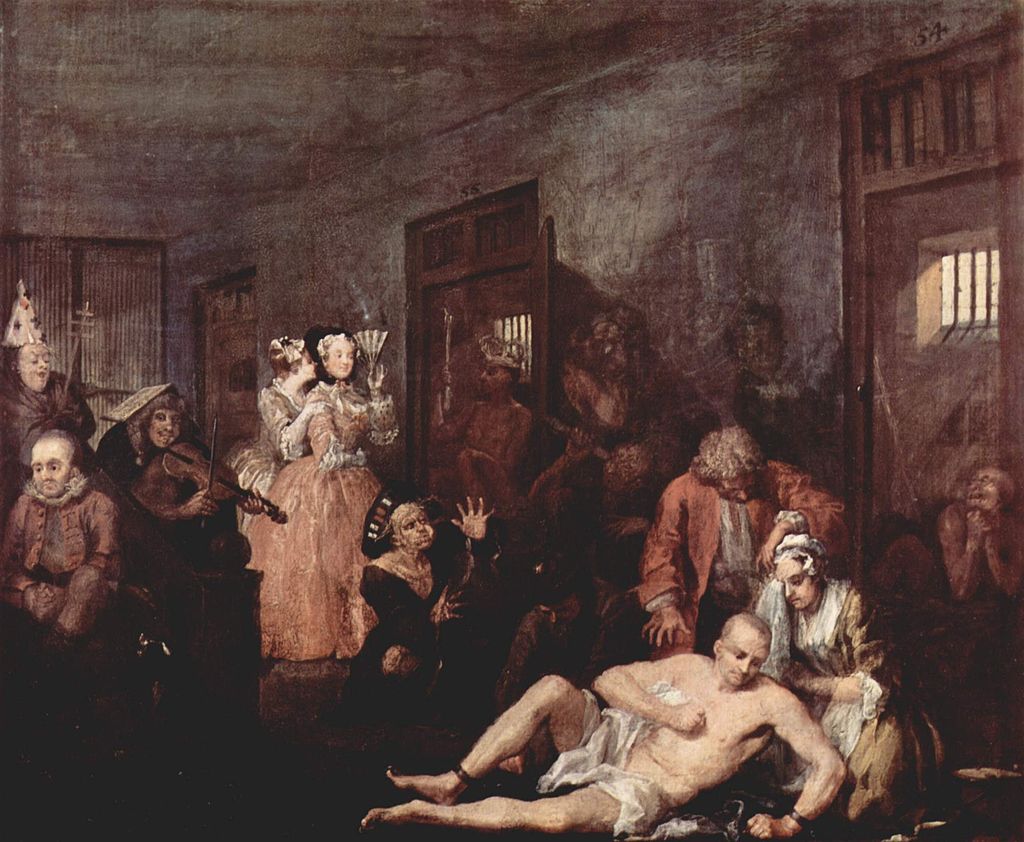 5. Francisco Goya y Lucientes – The sleep of reason produces monsters (c. 1799)
Goya painted this artist who is attacked by monsters of the night while he is sleeping towards the end of the Enlightenment, an era that wanted to change the world with scientific discoveries, encyclopaedias and the very first factories. It is considered an image of intellect’s weakness. For Goya, reason is forced to share the world with horror.

6. Theodore Gericault – Portraits of the Insane (1822)
The subject matter of poetry and during the Romantic era were mental agony and states of mind beyond reason and convention. Gericault painted in total ten portraits of the “mentally ill” out of which five still exist and all of which illustrated patients of his friend Dr. Etienne-Jean Georgette. The painter represents inner suffering in a way that breaks away from intolerance and ideas held as standard regarding mental illness at the time.

7. Gustave Courbet – Self-Portrait (The Desperate Man) (c. 1843 – 45)
During a flash of Romantic excitement, Courbet depicts himself as a “lunatic”, with a face that conveys feelings of delirium and intense fear. The painter balances the gift of high intellect with insanity after the fashion of Durer’s Melancholia which, however, has attained new authority. In his self portrait, Courbet looks like one of Edgar Alan Poe’s characters in a way the first artists of Modernism were intrigued by.

8. Vincent van Gogh – Self-Portrait with Bandaged Ear (1889)
Hugo van der Goes’ painting “The Madness” captivated Vincent van Gogh. In his writings, van Gogh confesses that sometimes he recognised himself in the painting. Is he or is he not a man mentally tortured by his own demons in his self portrait soon after cutting of his own earlobe? In this painting, van Gogh is an honest and brave human being who gives a simple and objective interpretation of his own wound face.

9. Edvard Munch – The Scream (1893)
This painting, that is as clear as an axiom, insanity is a modern condition. Through it, Munch tells us that this is how modern day life makes us feel. With his painting, he reaches a logical conclusion regarding the creative re-examination of inner suffering that begun in the Romantic age and is basically telling us that Bedlam today is the world itself.

10. Josef Forster – Untitled work in the Prinzhorn Collection (after 1916)It would only be just a matter of time before the medical profession started to recognise new affiliations between Art and intelligence, once Van Gogh and Munch had shown how “madness” can benefit modern art in a creative way. The example of Dr. Hans Prinzhorn who, before his death in 1933, put together a collection of works of art made by mentally ill patients and was the origin of what is now considered as “outsider art”, has the spooky dominance of Goya. 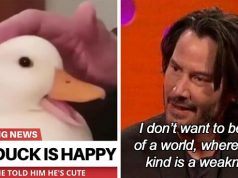 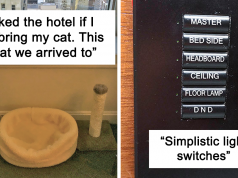 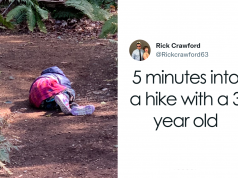 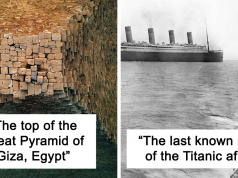 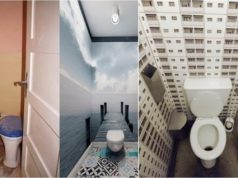 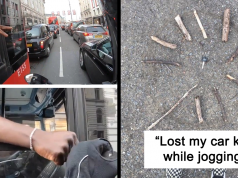 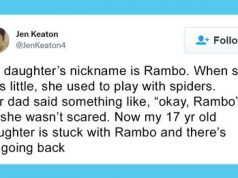 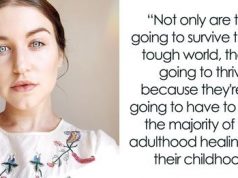 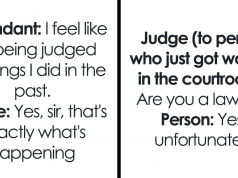