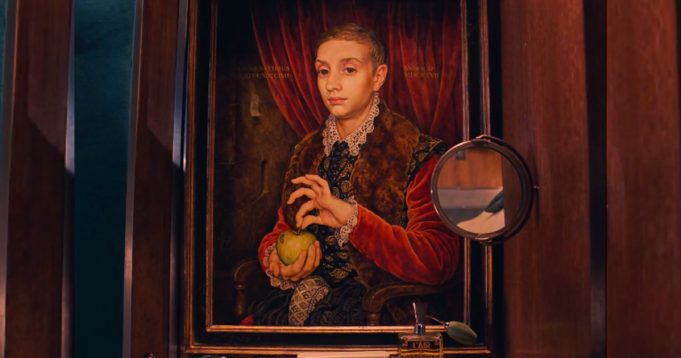 Did you know that the famous painting ” Boy with Apple” in The Grand Budapest Hotel was painted by Michael Taylor?

The majority of Michael’s paintings are figure compositions based on a narrative content developed from one of his own ideas. Artworks like Self Portrait with Grave Goods, in which the disheveled, shoeless painter peers at the viewer through a magnifying glass, or Couple with a Lamp Alice and Clive, in which a solemn-looking husband looks on as his bald wife focuses on a typewriter with a bowl of cigarettes at her side, maintain a tension that draws the viewer into the scene as one attempts to piece together the present and future moments.

Occasionally Michael Taylor also works on a commissioned portrait, usually arranged through a commissioning agent. His commissions include portraits of Julian Bream, Sir John Tavener and Baroness P D James, all creative people, those being his preferred choice.

Another fact that is worth mentioning is that Wes Anderson commissioned contemporary British figurative painter Michael Taylor to paint a fictional Renaissance portrait titled Boy with Apple. 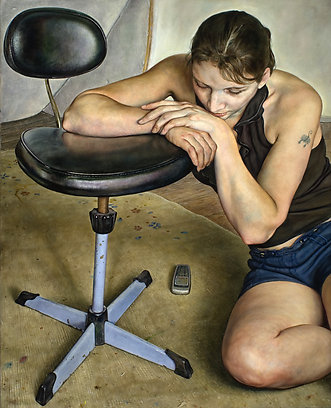 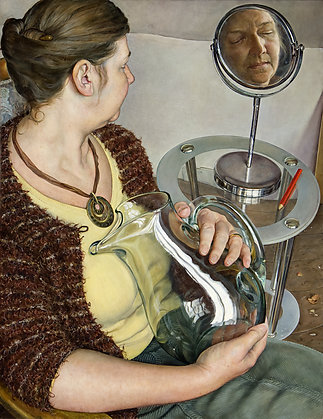 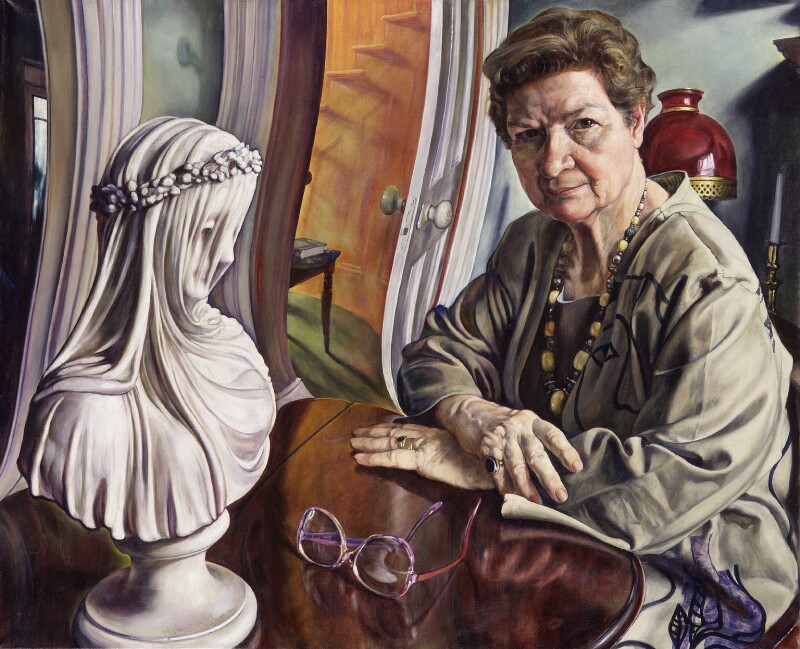 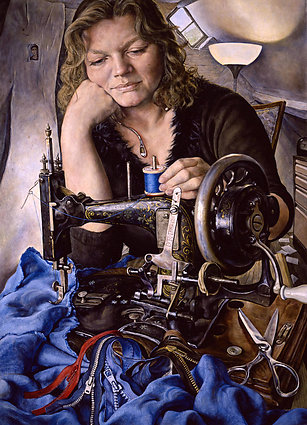 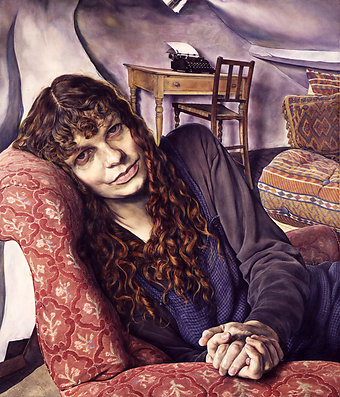 My painting of photographer @alistairmorrisonphotography will be on show from 9th-24th May @rsportraitpainters annual exhibition @mallgalleries, and is my half of a 'sit for me sitting for you' project we started last year. His extraordinary, very large and wonderfully noir print of me is entitled 'Portrait of the artist through the artist's eyes' and forms part of his ongoing 'Immune from Praise and Abuse' series. During the sittings (and while he very gamely held his brutally heavy camera) we had some very stimulating conversations about where painting and photography meet or differ, our own approaches to creating a portrait, and the nature of 'likeness'. We have been asked if we would like to talk about it during the exhibition, and this will be on 21st May, 6.30 @mallgalleries where Alistair's print will be on display for the first time alongside the painting. Do come along. Tickets can be booked via @rsportraitpainters website. . . . #portraitphotography #photography #alistairmorrison #alistairmorrison #portraiture #contemporaryart #contemporarypainting #britishart #waterhousedodd #nationalportaitgallery #npg #royalsocietyofportraitpainters

The Surreal World of Roland Biró