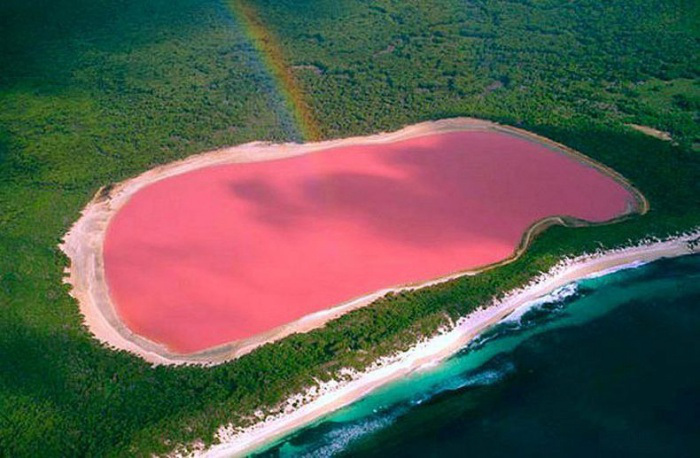 You might have heard about so many lakes, pools or river but these 15 unusual, beautiful and majestic lakes are simply unique.

Jellyfish Lake is located in Palau. Because of the isolation from the ocean and low population of predators, the golden jellyfish that live there thrive and reproduce at an amazing rate. Millions of jellyfish migrate from one side of the lake to the other, and back each day as a giant swarm.

Located in the South Tyrol, a province in the north of Italy, Resia Lake is an artificial lake was created in 1950 as a result of the construction of a dam for a nearby river. Several of the villages have been completely submerged in water, and only the bell tower of a church rises above the surface of the lake. Only in winter, when the lake is frozen, people can come up to the bell tower.

When we talk about surfing, we mean the ocean, not a lake, but when the waves of the Great Lakes are high enough, you could actually surf there. Unfortunately, this is possible only in winter, when the water is between 32 and 41 F. The water is so cold that it is necessary to lubricate the face with Vaseline to avoid frostbite. Ice freezes on the clothing, hair, face, and the water is more volatile and unstable than in the ocean. This confirms that the surfers in these waters are the bravest.

And this is exactly the lake you would not want to surf. Although it is hard to imagine, the Boiling Lake in Dominica is in a state of constant boiling point. Actually, only a whirlpool in the center is boiling, but the water near the shores reaches 160-190 degrees Fahrenheit. Because the lake is under the influence of volcanic activity, you can see very interesting things here.

Man Sagar Palace, Jal Mahal, was built for the Maharaja Sawai Jai Singh II in the 1700s. Once, when there was a severe drought, the dam was built and the palace was flooded. Only the upper part of the palace was visible, and the lower four floors were completely flooded. Nobody cared about the palace, and it gained an unsightly appearance. But recently, the palace was restored and cleaned.

Lake Baikal is saturated with a lot of methane, so when the lake melts it forms a geometrically perfect circle. These circles appear every spring, the largest of them being more than 2 miles in diameter. They are so big that they cannot be seen from the ground, or even from the tops of the surrounding mountains, they are only visible from space. Strange, but no one has claimed that could be a landing platform for UFO.

Taal Volcano is a complex volcano located on the island of Luzon in the Philippines. It has a Vulcan Island, an island near the middle of Taal Lake. The lake partially fills the Taal Caldera.

Laguna Colorada in Bolivia is filled with red colored water, and looks like a Martian landscape. A white island made of borax (the material used in the manufacture of detergents) is located on the lake. Flamingos love this place, so they fly here in large flocks.

The lake, which consists of pure liquid asphalt, is located near the village of La Brea, in the south-west of the island of Trinidad. It has an area of about 40 and a depth of approximately 260 feet. This world’s largest reservoir of natural asphalt was discovered by Walter Raleigh in 1595, who immediately found a use for it, which was using the bitumen to furnish wood paneling of ships.

A lake on the golf course in Australia was recently captured by sharks. Because of flood, the lake merged with the nearby flooding river, and when the water level dropped, a few sharks were left in the lake. Around the lake warning signs are placed that forbid players to get lost golf balls out of the water.

Lake Hiller is famous because its waters are colored in pink. Scientists are still struggling with the mystery that gives it such an unusual color. It has been speculated that the reason is algae, but studies of water samples showed that this is not the case: there is no algae, contributing to a pink color. The lake is surrounded by a belt of white salt and eucalyptus evergreen forest.

Khiluk Lake is a saline endorheic alkali lake located northwest of Osoyoos in British Columbia in Canada. In summer, most of the water in the lake evaporates and the remaining minerals harden and form a “path” between the 365 small lakes, and for that, the lake is called the “Spotted Lake.”

Located in the Jiuzhaigou National Park Jiuzhaigou, “Lake of Five Colors” does not freeze in winter. At first scientists thought this is because of benthic hot springs, but detection of them has failed. Bottom of the lake is covered with tree trunks, and in theory, the water in it should be muddy, but for some inexplicable reason it is clear and clean.

Lake Nakuru, a haven for small flamingos, is located 87 miles from the Kenyan capital of Nairobi. Tens of thousands of birds, sitting up and taking off, are forming a web of various shades of pink.

The volcano Erta Ale is the most active volcano in Ethiopia. It is located below sea level in the desert of Danakil. The constant activity of the volcano continues since 1967. In the crater of the volcano, an amazingly beautiful lava lake could be seen. Periodically, lava flows away from it, forming rivers of fire. 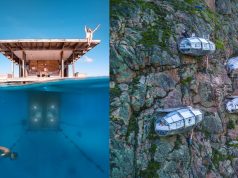 The Metropolitan Museum of Art Releases 400,000 Images Online for Non-Commercial Use

Take a Tour Inside “Under”. An Underwater Restaurant with Abundant Scandinavian Finesse