Rumours are circulating in Moscow that Joseph Stalin, the long-time leader of the Soviet Union, is near death.

The first official news of Mr Stalin’s illness came in a statement on Wednesday.

It said the Soviet leader, who came to power in 1928, had suffered a cerebral haemorrhage on Wednesday night.

There is speculation that the 73-year-old, born Iosif Vissarionovich Dzhugashvili, in the Soviet republic of Georgia, is now in the final stages of an illness he has been suffering some time.

Soviet newspapers today are clearly preparing their readers for the worst.

Their front pages carry the bulletins on Mr Stalin’s health as well as sombre leading articles.

On the inside pages, feature articles praise the Soviet leader both as a man and politician.

A statement issued by the British Prime Minister Winston Churchill said his private secretary, John Colville, had yesterday called on the Soviet ambassador.

Mr Colville had passed on the prime minister’s regret at the news of Mr Stalin’s ill-health and asked to be kept informed of his progress, the statement said.

“I am sorry just as I would be if such a thing happened to any other acquaintance of mine,” Mr Truman said.

If Mr Stalin’s death is confirmed, he will be most remembered for instigating political purges in which tens of thousands were killed.

He was also behind the introduction of farming collectives which led to a famine and the death of up to 10 million people.

His death is expected to provoke a power struggle within the ruling Politburo. 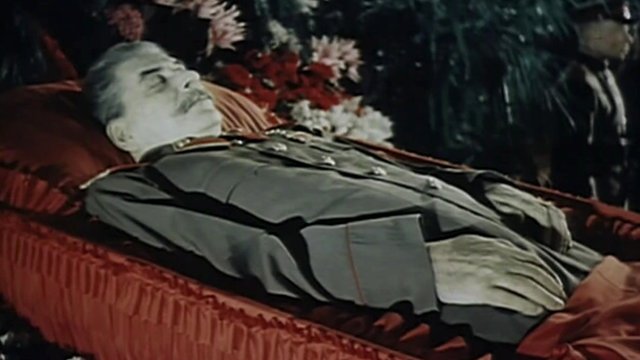 The death of Joseph Stalin was officially announced at just after 0100 GMT on 6 March.

The statement said he had died at 2150 local time on 5 March.

He was embalmed and put on display alongside the first Soviet leader, Vladimir Illyich Lenin, in his mausoleum in Red Square in Moscow.

But Nikita Khrushchev, who became Soviet leader after a power struggle, led a move to denounce Stalin as a tyrant who caused millions of deaths.

In 1961 Stalin’s body was removed from its place in the honoured Lenin’s Tomb.

It was reburied near the Kremlin wall along with other minor figures from the Bolshevik Revolution.

The 26 Most Rare And Stunning Genetic Mutations Encountered on Pets

Powerful Photos Of Interracial Couples Along With The Hateful Comments They Have Received From...