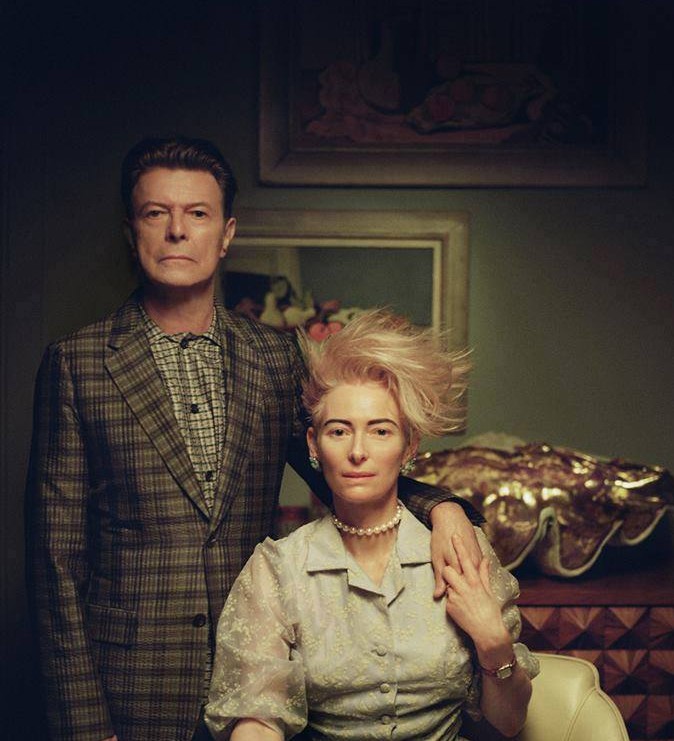 It was no surprise when the video for David Bowie’s long-awaited new single, “The Stars (Are Out Tonight),” debuted to near-universal applause from fans and critics alike. It is, after all, Bowie. The prime creative mover behind the video is the Italian-born director Floria Sigismondi, with whom Bowie has now collaborated on three videos. (The two also worked together on videos for the singles “Little Wonder” and “Dead Man Walking” from the 1997 album, Earthling.) In addition to her work with the Thin White Duke, Sigismondi has also helmed music videos for Marilyn Manson (“Beautiful People“), Bjork (“I’ve Seen it All“), Christina Aguilera (“Fighter“), Katy Perry, Sigur Ros, Leonard Cohen, Interpol and others. In 2010, she directed the feature-length film, The Runaways, starring Kristen Stewart as Joan Jett. LightBox caught up with Floria via email to learn more about her early work as a painter and photographer, and what it’s really like on set with an artist and icon like Bowie.

Can you provide a brief background, in your own words, about how you went from your work in photography, into the world of film?

I was allowed to daydream. My parents took me to their opera rehearsals, which surrounded me with fantasy and expressionism. I was fascinated with the transformation I saw them go through, the wardrobe and makeup. This allowed me to think more dramatically. I was also encouraged to paint and peruse my dream of being an artist. When I painted, it took me into a very private place, which I loved going to. In this place, ‘anything was possible’ as long as I could think it. So when I discovered photography, I used those same principles. I used it to discover and create new worlds and not to document the real world, to use it as an expressionistic tool. When I finally discovered the moving image, everything came together for me. All the things I was interested in were a part of film; music, costumes, sculpture, painting, lighting and drama. I wasn’t schooled in film, but my knowledge of the camera and lighting made for an easy transition.

What drew you to this video medium? How is your approach different in each of these realms?

In photography I had to come up with one image, in film dozens or even hundreds.  I was intrigued with the medium, because it required a person’s time to watch a piece; where with a painting or photo you were lucky to get a few seconds. I take the time seriously. Film requires thought in transitions and pacing, and the evolution of a thought or idea and how it can be transformed through time. Music plays a big part of my creative process.

What is your favorite project this far (before the Bowie video). What about the project made it so memorable?

Besides the David Bowie video, ‘The Stars’, I’d say it would be my latest Sigur Ros short film. They gave 10 filmmakers a small sum and let them create what they wanted from any song on the album. I called it, ‘ Leaning Towards Solance’. I shot Elle Fanning and John Hawkes to play father and daughter. The story set against a deserted town ravaged by a drowning economy. It’s about the realities of a dying world, reincarnation and love.

How did you get connected with Bowie/his team/crew? When did you first meet him?

I first met David in 1997 when I directed two music videos, ‘Little Wonder’ and ‘Dead Man Walking’, from the album Earthlings.

What are some memorable moments from the video production? Please include any anecdotes you think interesting?

There was such high energy on set. I want to blame David for that. It felt like everyone was so excited just to be a part of it. The two most memorable moments to me were the dining scene with the raw dinner, where Tilda does what I call, “The electric knife ballet”, It was something to witness in person. She went mad and I love that about her. She has the ability to play so many different emotions. Another that sticks out is the scene where David and Tilda are on the turntable and she is applying lipstick and repeatedly kissing him. It was emotional and beautiful and simple.

How do you define yourself today? Photographer? Videographer? Artist? Something else?

A filmmaker, and an artist.