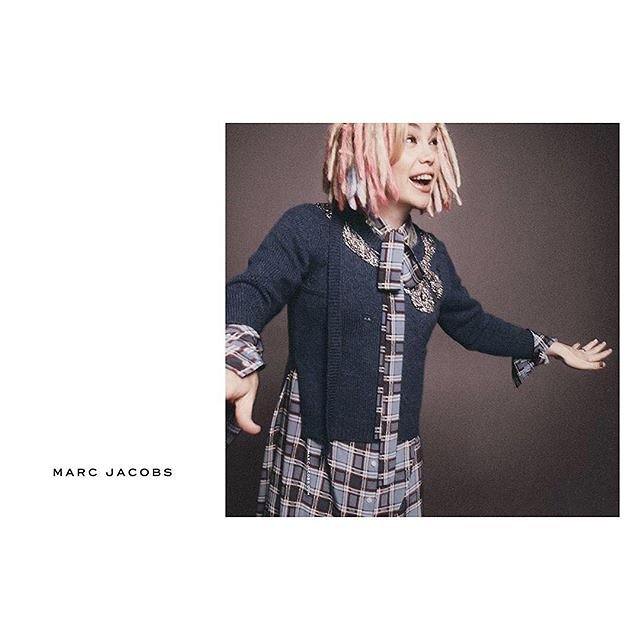 Marc Jacobs has unveiled his star for his brand’s spring/summer campaign and we couldn’t be more excited: the designer took his personal Instagram account on Wednesday to share a portrait of Lana Wachowski, the famous transgender co-director of The Matrix trilogy, as the first famous face of his SS16 campaign that was shot by photographer David Sims!

Jacobs is no stranger to making headlines with his casting choices: his first-ever campaign starred Sonic Youth’s Kim Gordon while his Fall 2015 campaign included a star-studded cast from Winona Ryder and Sofia Coppola to Cher. The selection of Wachowski, however, carries extra weight as it is a huge step towards transgender visibility and representation in the fashion industry.

Jacobs wrote about his first encounter with the director and continued with Wachowski’s shot for the campaign: “She expressed thoughts and ideas that have filled my head and heart always but had never been so eloquently captured in language that was so tangible, intelligent, poignant and full of possibility. I found myself referencing Lana’s words in my daily life and sharing her speech with close friends. In the days before our Spring/Summer ’16 fashion show and through a fateful series of communications, much to my incomprehensible delight, Lana accepted an invitation to our show in New York City and thus I took her, ‘fashion show virginity.’ Lana’s ineffable beauty captured by David in this portrait reminds me of the personal sentiment she shared with me about, ‘learning you can make important friends at anytime in your life’. ”(Source)

In 1914 People Were Not Only Hydrocycling, They Were Also Racing Each Other In...