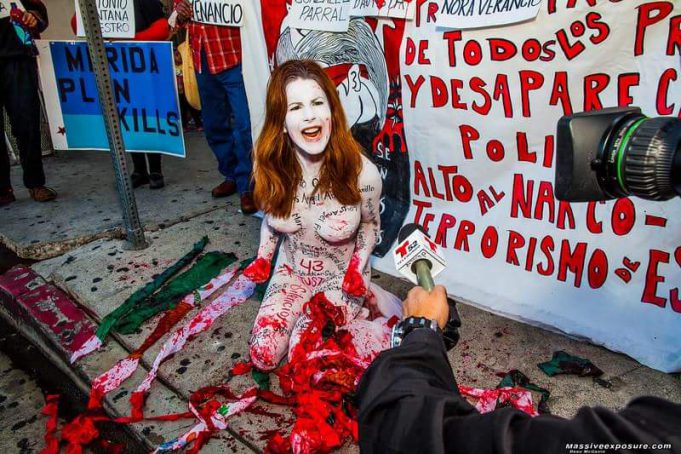 Jil LOVE REVOLUTION is a International Social movement which creates ARTivism, Art + Activism to raise awareness, motivate society and expand consciousness. Jil’s mission is to awaken a force in those who view her images…To awaken society, ignite ideas and incite people to action. We peacefully and artistically fight for Social rights, Animal rights and Environmental rights.

Within the last 4 years, Jil Love’s social movement project Love Revolution has garnered worldwide critical acclaim. A Hollywood-based artist, activist, and filmmaker originally hailing from Tarragona, Spain, Love launched her Love Revolution movement during the height of the 2012 Spanish Riots in Madrid. Her performances seamlessly merge key elements of performance art and activism to provoke and engage the general public, often inciting divisive discourse between fans and critics alike upon their emergence. 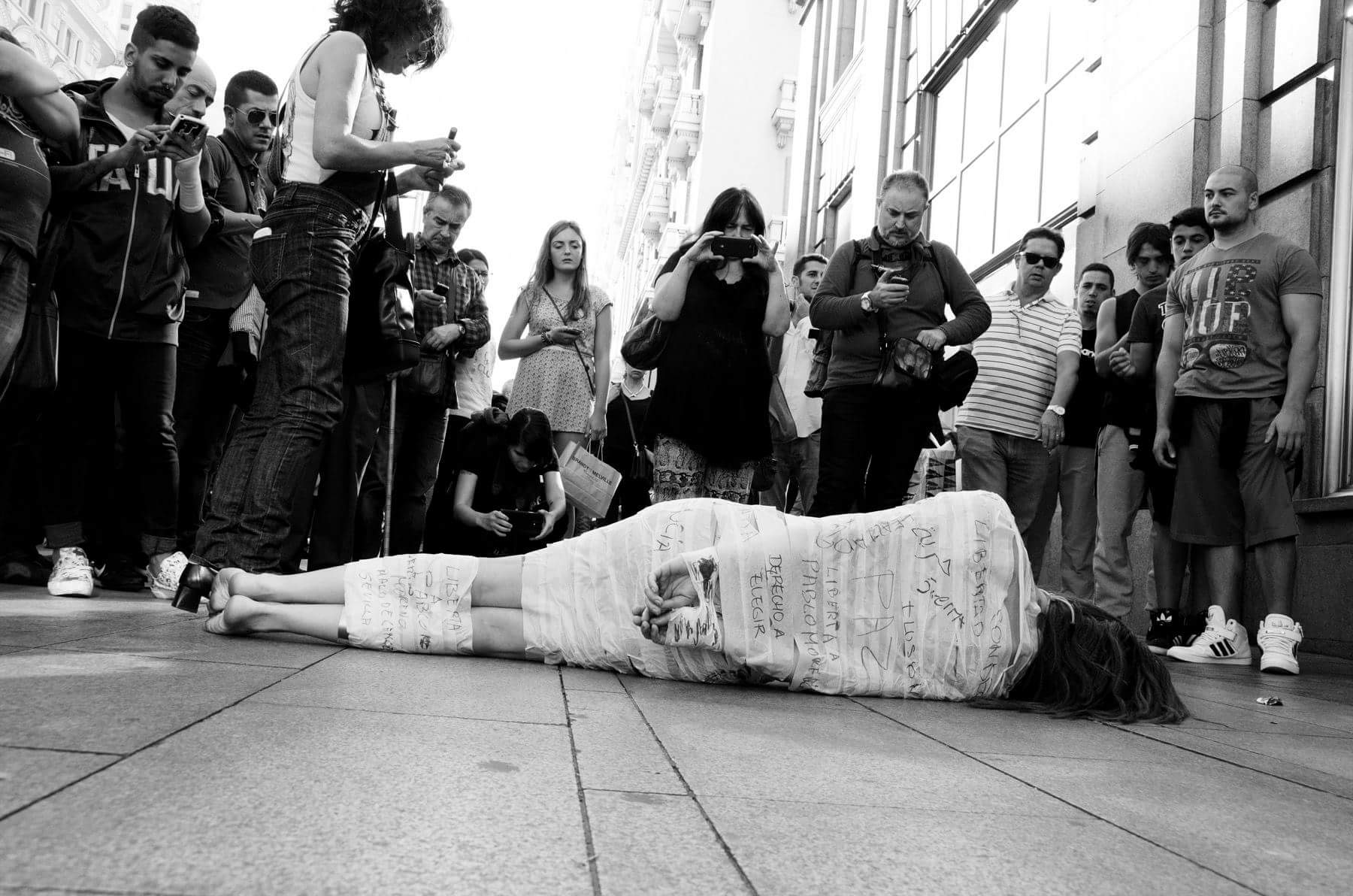 Artivism against Spanish Gag Law and Pro Freedom of Expression.

A photo of Jil Love’s artivist performance in solidarity with Catalonia’s independence was not only selected as one of the “Photos of the Day” by The Washington Post, but was ultimately chosen by The Wall Street Journal as one of their “Year in Photos, 2014”. Both Nation of Change and True Activism also selected her artivist performance-protests to raise collective Western consciousness about the ongoing Palestinian/Israeli conflict  as number 3 in their lists entitled “18 of the Most Creatively-Amazing Protests Ever!”.

In addition to these recent achievements, her unique artistic methods of passive resistance have been adopted by fellow activists and artists, inspiring thousands and inciting people to action. Jil Love is been recognized by the city of Los Angeles for her efforts and achievements.

She recently has published her coffetable book that documents all her Artivism protests up to date. The book is titled: ‘We Are The Voices of The Unheard’ and can be found in Amazon.   Her Love Revolution has been spread all over the World trough numerous Magazines Like VICE,  Press Articles in The Huffington post and LA Times, Broadcasting TV like Telemundo and Al Jazeera and has gone viral on Social Media. Jil Love Revolution has over 230k followers on Facebook.                                           Jil’s main goal is to reach as many souls as possible and to share her message of

Be Convinced That an Uruk-Hai Sword is Useful in Everyday Life – Woman Proves...

This Man Walks His Enormous Tortoise Through The Streets Of Tokyo And They Are...