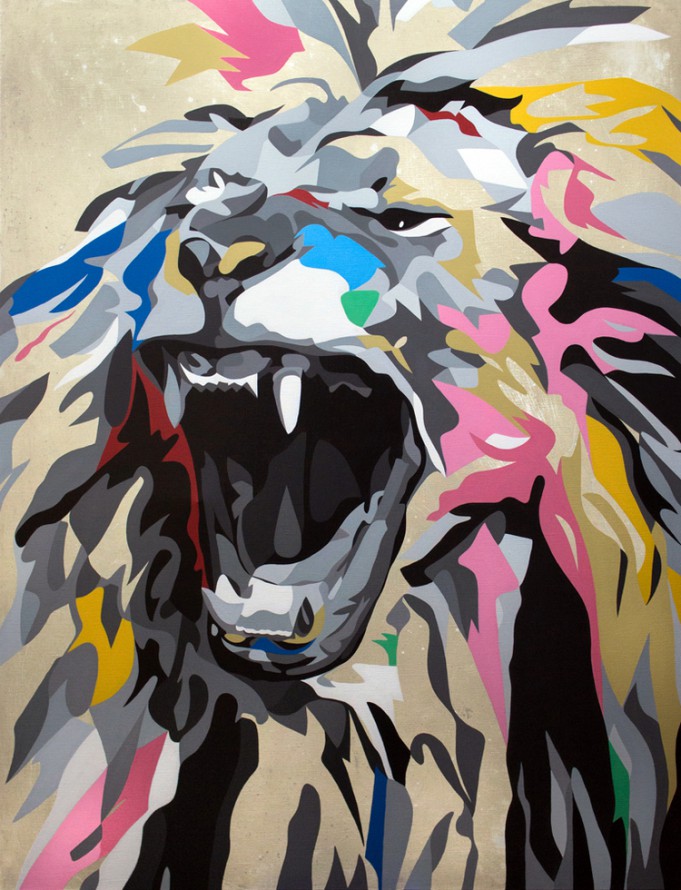 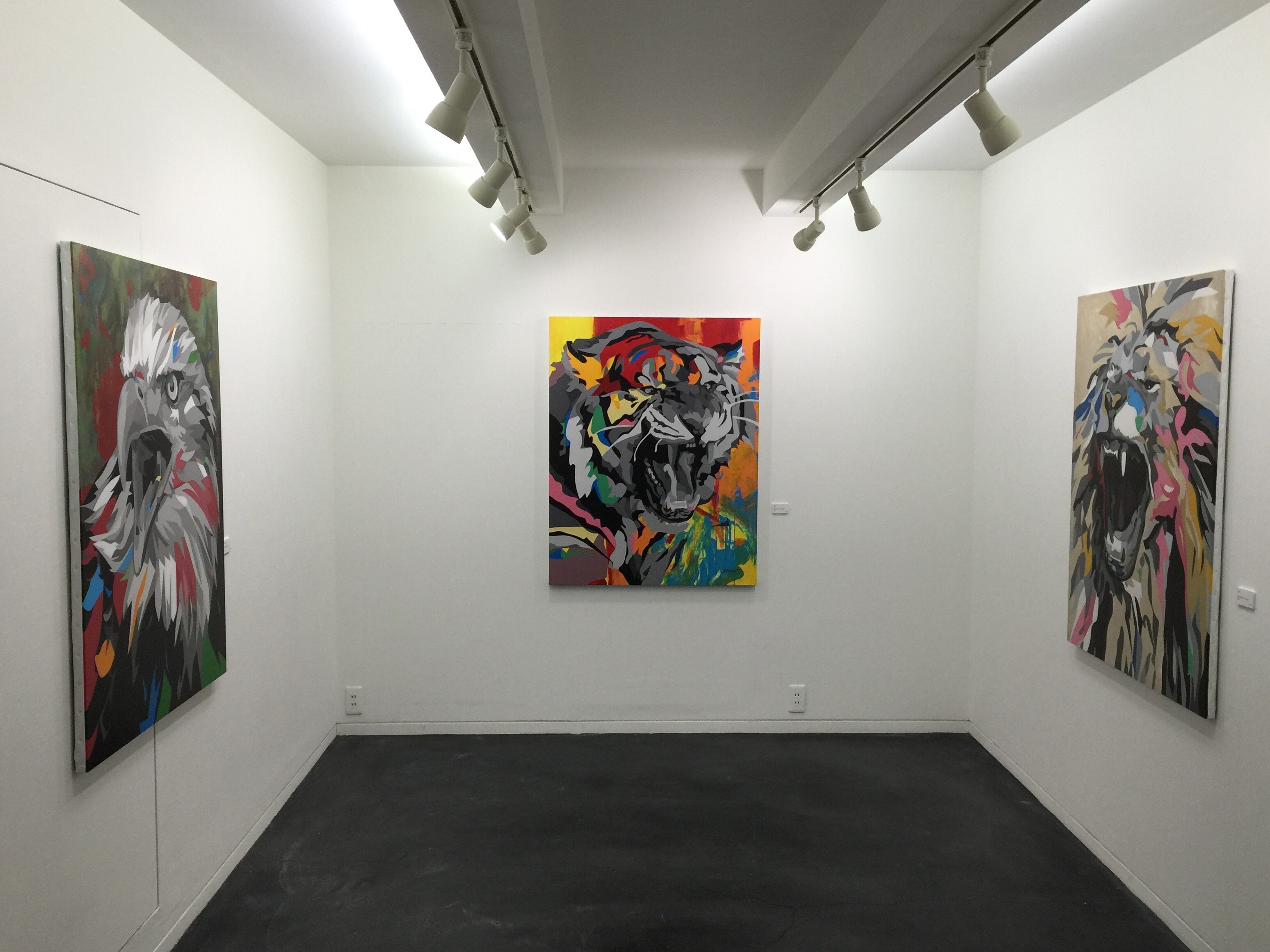 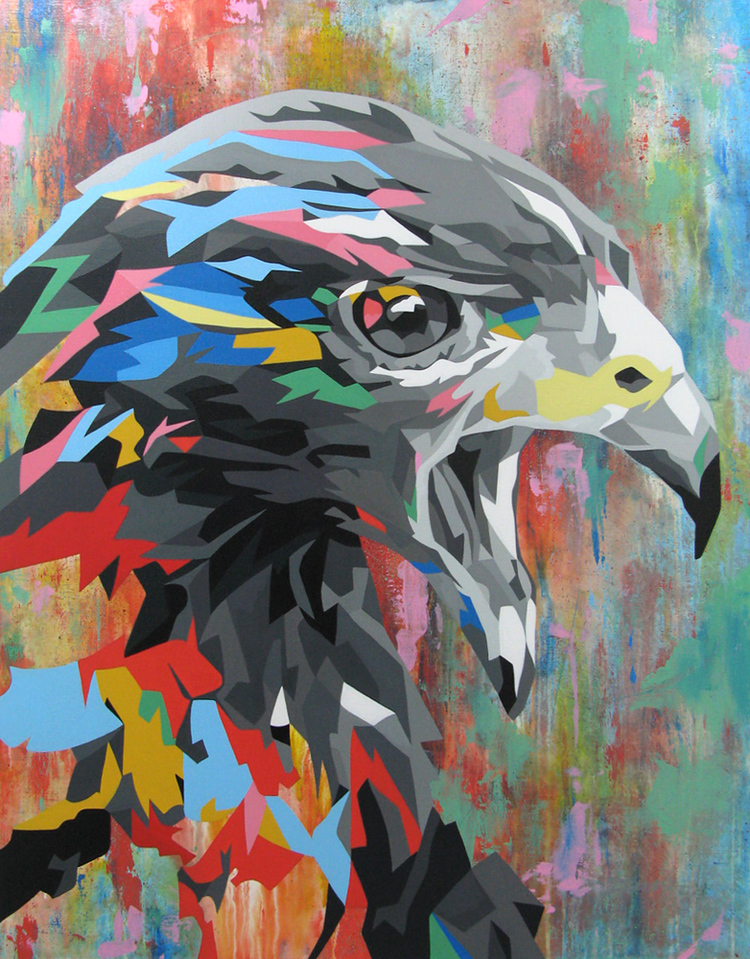 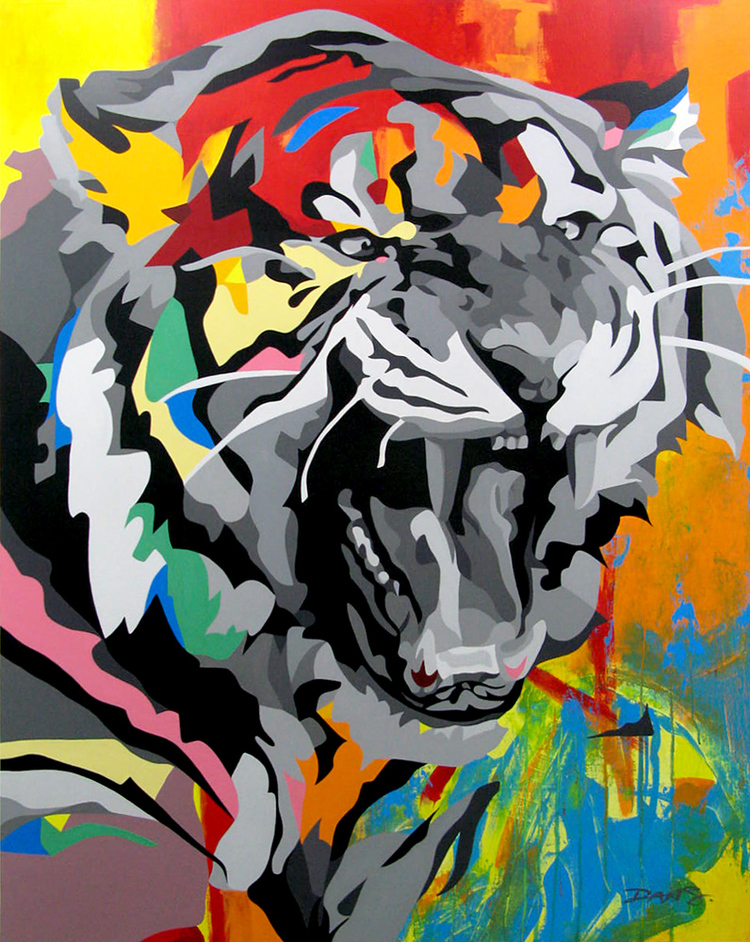 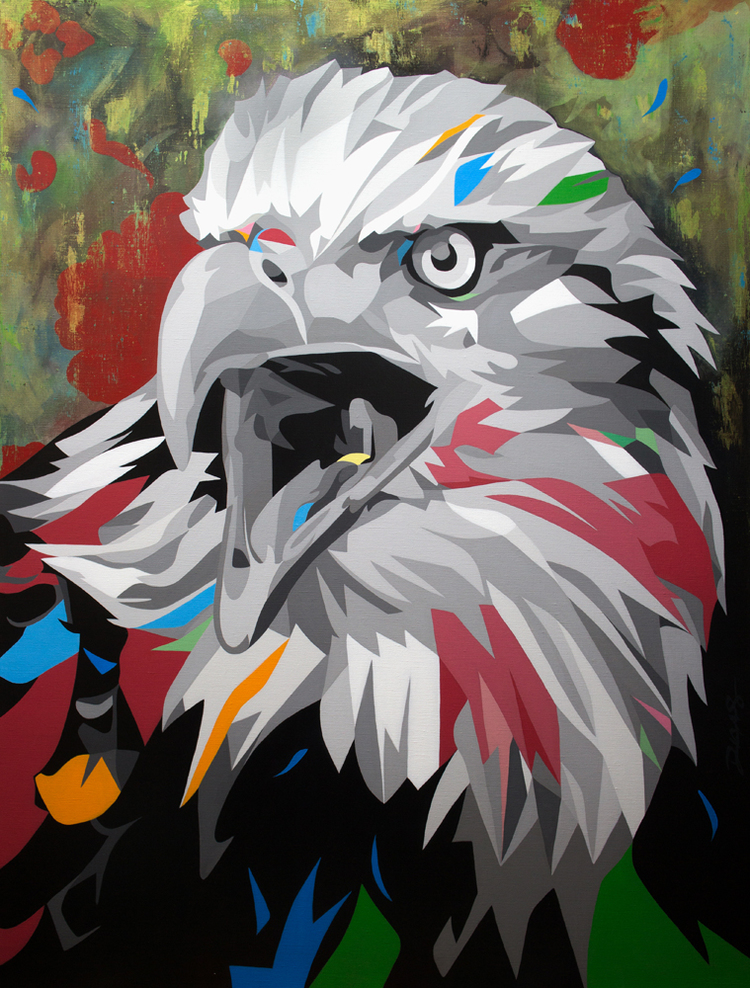 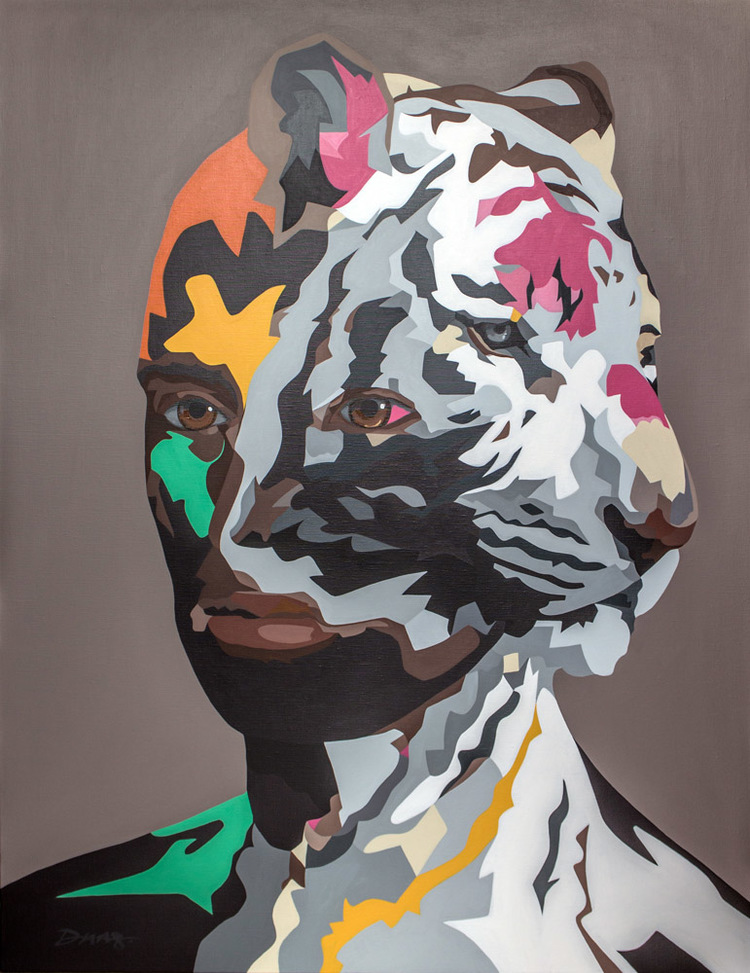 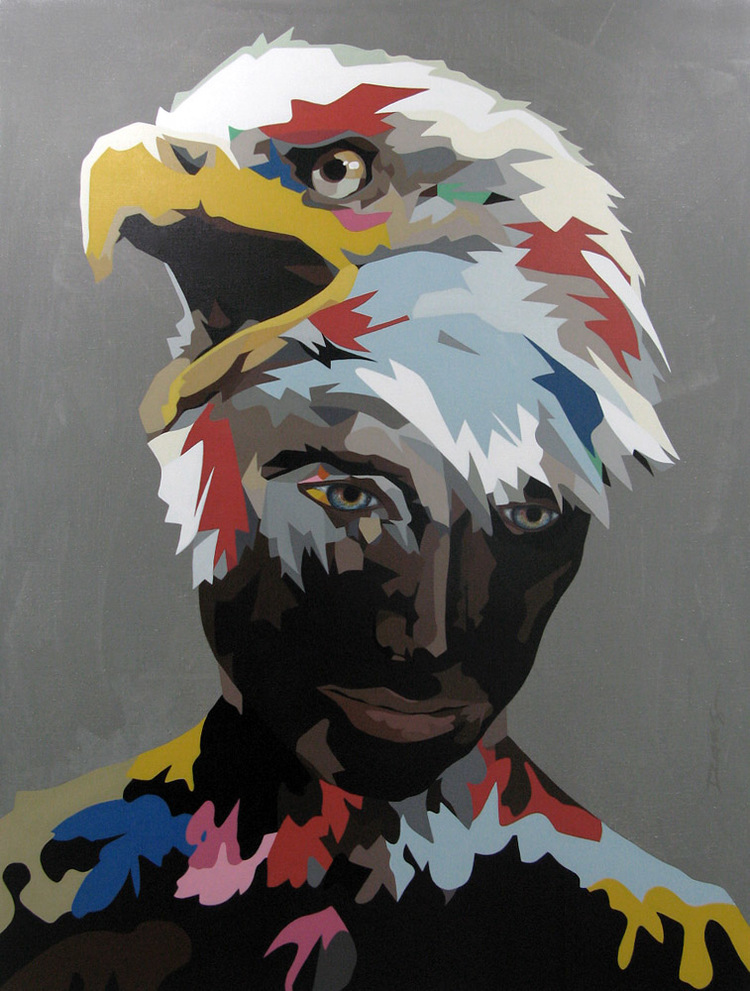 Through the process of synthesizing line, geometric shapes, rich textures and vivid colors; DAAS produces images that combine representational, cubist and abstract elements resulting in recognizable forms such as humans, animals and insects.

“Often times, I will find inspiration by referencing the crease patterns found in origami, studying the variations of textures and hues in the layers of old aged walls around historic sites in Nara, Japan as well as the often-sporadic placement of colors in the environment, such as road signs, neon lights and the stand out colors of clothing worn by people in crowds.” – DAAS

There is a dichotomy in this approach; two main forces are tugging away at each other, chaos and control, which in turn “tune” the images to create harmony. This technique utilizes a looseness of color application, seemingly arbitrary geometric forms and rich textures that intermingle with precise lines, carefully selected color palettes and most importantly the subjects represented. The interplay between the two forces reveals the subject’s character in a very natural and realistic way and what DAAS plays upon to make his paintings instantly recognizable and full of energy.

DAAS is currently based in Kobe, Japan.

‘Redemption Dogs’: Rescued Dogs And Their Families In Series Of Loving Photographs