Ghent-based artist ROA is renowned for his giant paintings of black and white animals. The artist had his first solo exhibition at Jonathan LeVine Gallery in New York City. “Metazoa” is ROA’s new series of mixed-media works, where his all too familiar B/W renderings of animals are featured. This time, though, ROA paints his favourite subject on the surfaces of cabinet-like pieces of furniture which, when opened or shifted, uncover the anatomical details of the animals depicted.

The artist likes to illustrate animals that are native to the place he is working at any given time, with a special focus on species that have been forced from their habitats by humans and now live in the surrounding areas of urban places. For his New York show, ROA depicted the beaver, New York’s state animal.
“ROA views the beaver, the state animal of New York, as a metaphor for the idea that nature has the ability to reclaim itself. The recovery of the beaver in New York City after it was previously thought extinct is exemplary of how humans and animals affect each other and reflects the artist’s interest in how animals evolve within urban landscapes. Wherever man settles, the desire to explore beyond the borders of survival leads to the extinction of species. This extermination due to mankind’s impact not only disrupts the natural balance but also leads to drastic cosmic changes, which ROA aims to convey by depicting the life, transience and carrion of animals” [excerpt taken from Jonathan LeVine Gallery]. 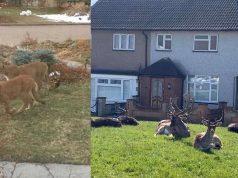 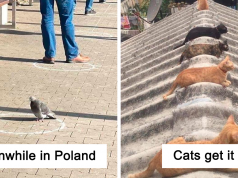