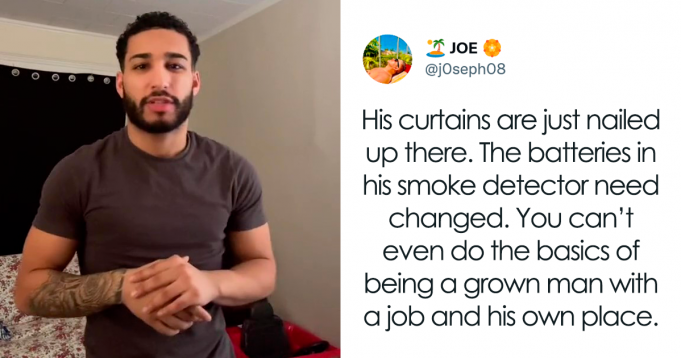 Women’s rights, such as the right to vote, the right to divorce, the right to drive, and the right to an education, have been battled for for a long time.
Even while most modern governments claim to provide equal rights for men and women, the female population typically perceives a different reality, particularly in terms of how they are seen in society.

A fantastic illustration of this is a TikTok user who got viral for all the wrong reasons on both TikTok and Twitter.
Because of feminism, independent and strong women who are gorgeous are still unmarried, he tried to explain.
However, the TikToker received so many views not because people agreed with him; rather, they were perplexed that such men still exist.

Heartbreaknino617, a TikTok user, created a video to illustrate why even attractive ladies who promote themselves as “bad b*****s,” as he puts it, are unmarried nowadays.
The man believes the solution is straightforward.
Feminism, he claims, is at the foundation of the problem.

The video was seen 2.5 million times on TikTok, and 6.7 million people saw it after Twitter user @princessjahadd uploaded it with the phrase “… this terrifying asf.”
People, on the other hand, were vehemently opposed to the TikToker.

Heartbreaknino617’s page doesn’t have many videos, but they all focus around offering advise to women and instructing them to be submissive and do what men tell them to do in exchange for men providing for them.
It nearly seems too ridiculous to be true, and it could be a joke, but it’s not amusing.

The TikToker explains in the video, which went popular on Twitter as well, that feminism has instilled in women the belief that they are the best and divine gifts from God sent to bless the Earth.
This is entirely incorrect.
Actually, the most common misunderstanding regarding feminism is that women believe they are better than men.

Feminism is defined as “belief in and promotion of the political, economic, and social equality of the sexes manifested notably via organized activity on favor of women’s rights and interests,” according to the Merriam-Webster dictionary.

The important term here is equality, therefore blaming feminism for some women believing they are better than others is incorrect.

The TikToker continues to dismiss women, claiming that they aren’t queens because they aren’t his mothers and won’t love him unconditionally.
This is a difficult statement because no one will ever love you as much as your mother does.
It is also envisaged that romantic connections and parent-child relationships will be distinct. He also claims that because men are the providers, women should be submissive and do as men say because they are the dominant ones For the finale, the TikToker concludes that women are the problem and calls them delusional Here you can watch the video that went viral on Twitter The 26 Most Rare And Stunning Genetic Mutations Encountered on Pets