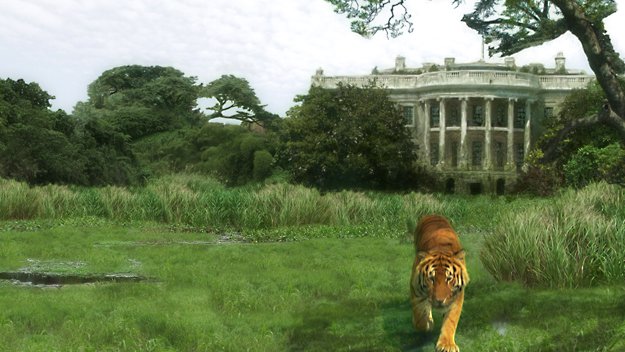 If this happened to every human on Earth at the exact same time, what consequences would ensue? This thought experiment not only explores the impact humanity has on the planet, but also the incredible resilience of nature.

So what would transpire?
First of all, power plants would run out of fuel and electrical fences would cease to work,
releasing nearly 1.5 billion cows,
1 billions pigs
and 20 billion chickens into the wild.
Roadways would turn into rivers,
wood houses would catch on fire,
concrete buildings would crumble,
and yet, one thing would remain
—our plastic.