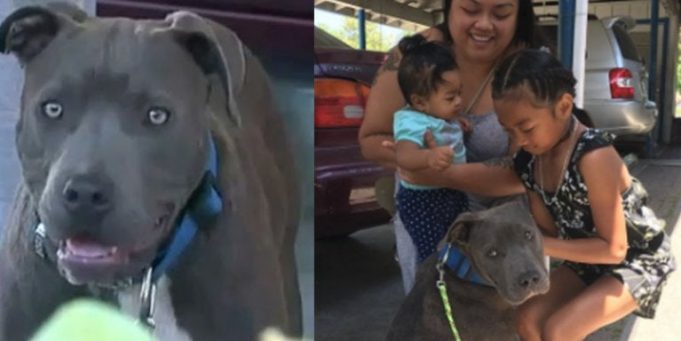 Sasha a beautiful 8 month old pit bull tried to save Nana’s Chaichanhda daughter, when her apartment caught on fire. At first, as the owner of the pit bull says, she just started to bark non-stop. Which made Nana believe, that something wrong is happening because that was an unusual behavior.

It was when she got out of her room that she realized that her apartment was on fire. Instantly she ran to her 7 month old daughter room where she saw Sasha, her pit bull dog, pulling her daughter by the diaper trying to save her and get her out of that room.

Lucky for her and the daughter, Nana grabbed them both and managed to exit the burning apartment just in time. Now Sasha is much more appreciated, where before the neighbors had shown a very biased behavior.

Pit bulls are still portrayed as mean, particularly with stories recounting pit bulls attacking other dogs and children. It is unfair to blame a dog breed just because human beings handled them in a very wrong and despicable way. Hopefully this incident is going to break this stigma that has been created around this beautiful breed.

Photos of the Most Famous Bond Girls Then and Now