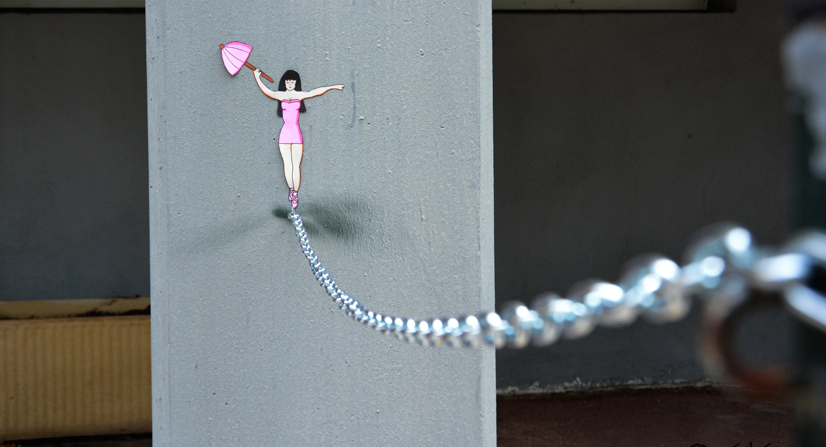 French street artist OakOak is back with more of his clever work around the streets of his hometown of St. Etienne, France. His work really livens up the streets and scenery of the otherwise drab industrial town, with his playful humorous takes on the urban setting sure to give any passersby a smile. Unlike many other street artists who favor large street murals that can cover entire sides of industrial buildings, OakOak’s work is much more understated, with many of his characters being mere inches tall. Pop culture icons are heavily prevalent in his creations, with characters from The Simpsons such as Moe and Sideshow Bob, Marvel superhero Cyclops, and even martial arts legend Bruce Lee appearing in his work. But things are not always fun and games: many are also meant to bring attention to social causes, such as the plight of endangered animals such as polar bears.

With such a clever mind for creating humorous yet meaningful street art, there’s surely many more great things to come from OakOak, keep up with his latest creations by visiting his website or following him on Facebook and Twitter.