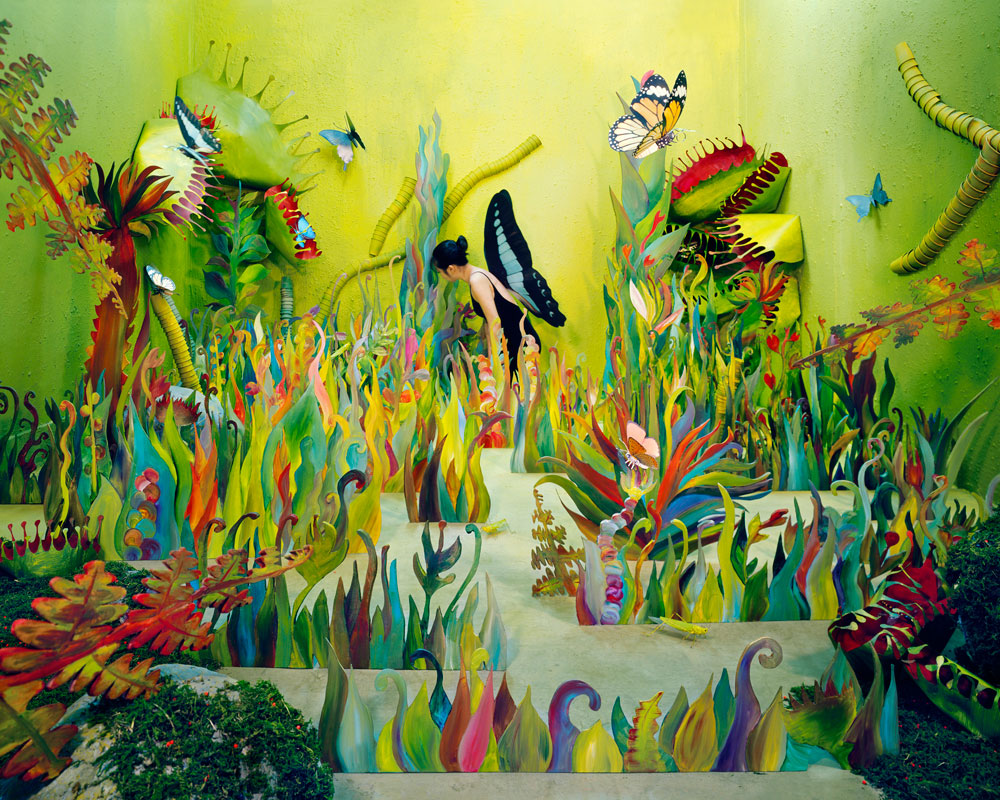 Within the small confines of her 3 x 6 meter studio in Seoul, JeeYoung Lee‘s imagination is without boundaries. For each of her photographs the artist fills every square inch of space with hand-made props, set pieces, and backdrops and never edits or modifies the image digitally post-shoot. We first featured Lee’s work on Colossallast year, and OPIOM Gallery has since shared several more instalation spanning from 2008 to 2014.

She does so with infinite minutiae and extraordinary patience, in order to exclude any ulterior photographic alteration. Thus materialised, these worlds turn real and concretise; imagination reverts to the tangible and the photo imagery of such fiction testify as to their reality. In the midst of each of these sets stands the artist, those self-portraits however are never frontal, since it is never her visual aspect she shows, but rather her quest for an identity, her desires and her frame of mind. Her creations act as a catharsis which allows her to accept social repression and frustrations.

It should be noted that Lee’s photography seems to be influenced, at least conceptually, by artist Sandy Skoglund. Her latest exhibition titled Stage of Mind will appear in both Bogota and Belfast later this summer.