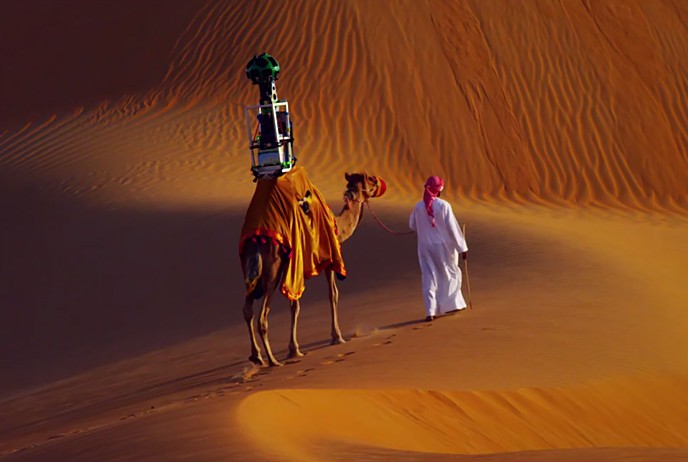 Google has used its Trekker camera on a car, snowmobile and even tricycle, but capturing panoramic views in the Liwa Desert in the United Arab Emirates required a special solution. In order not to harm the desert environment, Google decided to hire a camel.

It took longer than usual, and required a camel guide, but the result was worth it. You can see it live on their “Liwa Desert Views” page.

Google Street View was launched in 2007 in several cities in the United States, and has since expanded to include cities and rural areas worldwide.