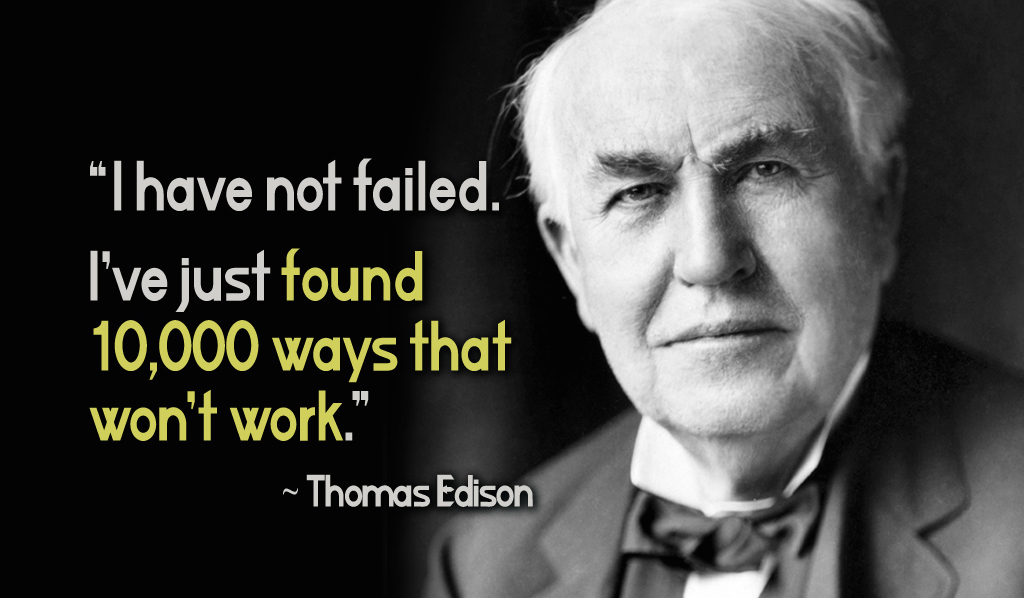 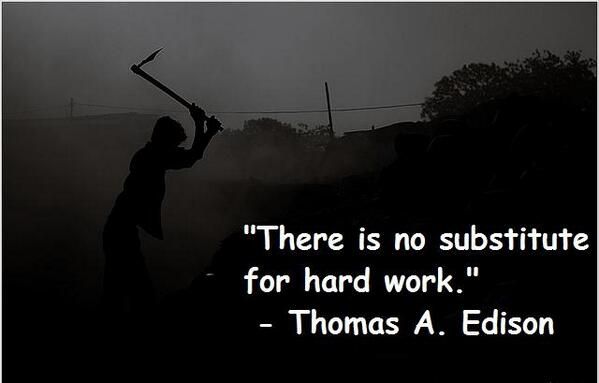 Thomas Edison is considered as one of history’s greatest inventors and considering there are over 1,000 patents accredited to him, the title is understandable. Many of his inventions are still around today in some form or another. His work with electrical systems and power grids is still the basic foundation of how power is distributed to the average home.

His most famous invention, however, is something that he didn’t actually invent. Many people think of Edison as the inventor of the light bulb, but he simply created a commercially successful one. A high quality light bulb using a platinum filament was invented in 1840, but wasn’t cost effective to create. It took 4 more decades for Edison to come up with a patent that could have long lasting filaments. 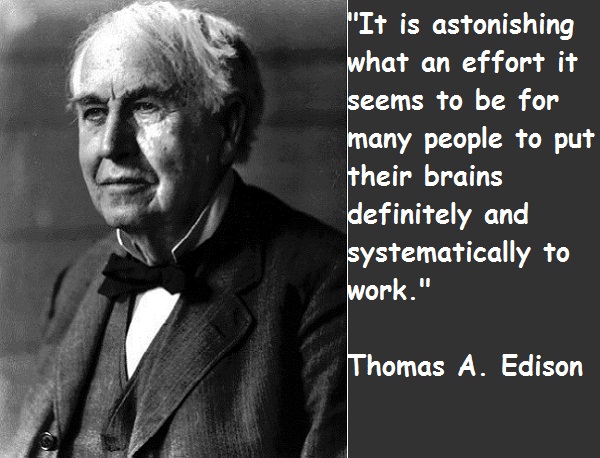 Here are a few more interesting facts about the man who would create so many things.

When Edison was 12 years old, he began to lose his hearing. There are a number of stories that have been told about how this happened. One involves a train engineer picking him up by the ears. Another tale talks about how a conductor smacked him in the head for setting fire to a train with one of experiments. Edison also had Scarlet Fever as a child, but all of the boys in Edison’s family also lost their hearing.

When asked about the problem, Edison would just typically laugh. “Problem?” He found that not being able to hear what was going on around him allowed him to stay focused on each experiment. He also found, however, that he really missed remembering what it sounded like for a bird to sing.

2. He Was a Child Prodigy

There might be a little truth to the story about Edison setting fire to a train. He actually built his first lab at the age of 10 in the basement of his family’s home. His passion for science came thanks to his mother, who gave him a book of experiments that could be practiced at home. At one point, his father even bribed him to read a book instead of working in the basement.

What did Edison do? He took the bribe, fulfilled his obligation, and then purchased more chemicals so that he could keep experimenting. As the youngest of 7 children, he also was very inquisitive. This offended his one and only teacher, so Edison only had 3 months of formal schooling. His mother took over the rest afterward.

3. Who Can Outrun a Runaway Train?

What started Edison’s career was an incident that happened when he was 14. He had been selling candy and other items on the local train and happened to be on the tracks one day when he spotted a train that was out of control. He also spotted a 3 year old boy in the way of the train. The boy happened to be the son of the station agent. Edison acted quickly and snatched the boy away just in the nick of time.

In return, the boy’s father showed Edison how the telegraph worked. That eventually led to Edison becoming an operator for Western Union. He took the job and requested to work overnights so he could stay up to date on his experiments. It was the perfect combination for Edison until he dropped some acid onto the desk of his boss. That was the end of his job at Western Union. 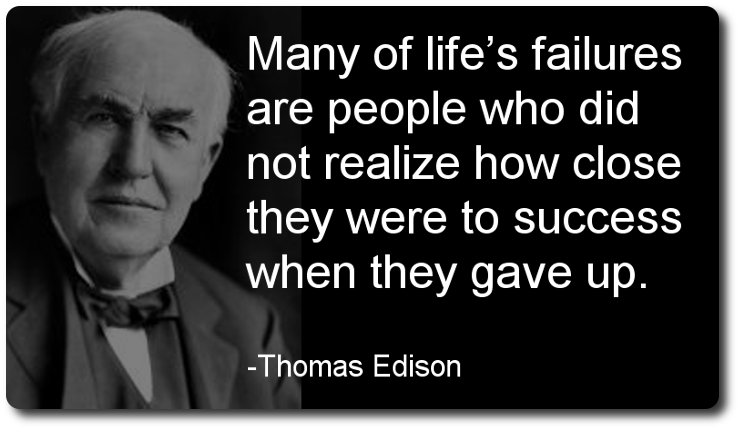 4. Edison Was 22 When He Received His First Patent

The goal of the inventing world was to create a version of the telegraph that could transmit a person’s voice instead of just taps like the telegraph. Many inventors were working on the problem, including Edison. That eventually led him to his first patent, which used an upgraded form of telegraph technology to record votes on bills. It was deemed to be rather useless and this caused Edison to promise himself that he’d never create something when there wasn’t a market for it.

He decided to focus on voice technologies instead. This eventually led to his first great invention that did have success, the phonograph. It was the first invention that could reproduce sounds that were recorded. By using a stylus on a tinfoil container, he discovered that his voice could get played back to him. He got to tour the country, visit the White House, and he even suggested that the phonograph could become an answering machine.

It was Christmas Day 1871. Times were a little different back then and getting married at the age of 16 wasn’t considered socially taboo in most circles. Mary Stilwell was an employee of his and he’d known her for just two months. Edison loved her very much, even if he was frustrated by how she could help with his inventions, and together they had three children. She died before the age of 30, however, and Edison was left heartbroken.

To remedy this situation, Edison would often stay with friends. His friends got tired of a miserly man with dandruff and bad breath spending time with them, so they would also invite women to come be around at the same time. A mostly deaf, foul smelling, slightly crazy-eyed man with three kids wasn’t the greatest catch, so most of the women would just run away.

Then there was Mina Miller. She didn’t run away and Edison found himself falling in love again. He taught Mina how to communicate in Morse code so they could converse with each other. They’d go on to have three children as well and a happy marriage.

Edison had some deep loves in his life, but it was Morse code that was his soul mate. Part of that was probably because it was easier to understand communication in code with his bad hearing. Nevertheless, the first two children that he had were nicknamed Dot and Dash. He and Mina Miller would hold hands and talk with each other. He even proposed to Mina using Morse code.

The love affair with this code didn’t just stop with communication tools. Edison also had Morse code tattooed on his left forearm. To this day, no one ever knew why there was a coded message on his forearm – or if it was a message at all. It was believed to be quincrux, which takes 5 dots to form the shape of a cross. Considering Edison was a Deist, that isn’t too difficult to picture as well.

As an added bonus, Edison also invented the foundation of the modern tattoo gun, so there’s that too. 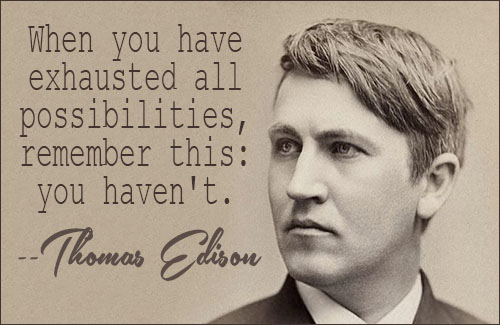 7. One Day a Mucker Was Lost

When x-rays were first discovered, it wasn’t believed that they could be harmful at all. At best, it was a unique little gimmick of science that allowed people to see the insides of someone. Edison wanted a piece of this action, so he contacted a close Mucker [his nickname for employees] named Clarence Dally and had him develop a fluoroscope. These tubes are the basis of modern medical diagnostic equipment today, but it came at a price.

You see, to fine tune the equipment, Dally got into the habit of testing it out on his hands. Over the course of 5 years of testing, a lesion began to form right around the testing site. Several skin grafts were tried, but nothing would work. Doctors ended up amputating the the hand. Turns out Dally had cancer caused by the radiation from the x-rays and had both arms amputated in a desperate attempt to save his life.

Edison didn’t escape from the experiments unscathed either. He nearly lost his eyesight and it caused him to stop experimenting in the field altogether. He wouldn’t even touch polonium or radium because he felt like they would do the same thing to him. It was time to pursue other ventures. 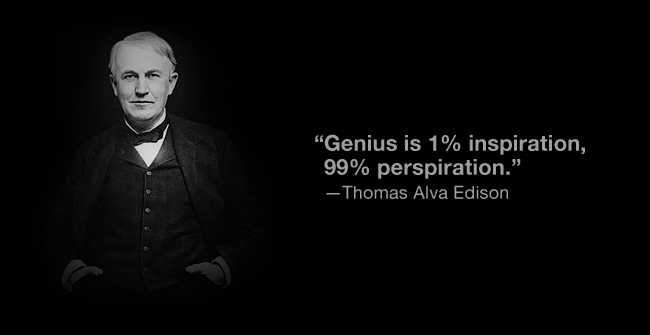 8. A Love of Concrete

After some failed ventures, Edison got into the concrete business. He surmised that concrete was cheap enough that entire homes could be made from the substance if created properly. None of his concrete ventures ever paid off, however, even though a dozen homes were build on his modeling. He even tried air-injected concrete for furniture and it just wasn’t considered aesthetically pleasing. With lots of money already invested, it became the second great failure of Edison’s career.

Some of Edison’s concrete furniture still exists. The phonograph cabinets were the best item that came from his creations. They had traditional styling, so there was a feasible level of attractiveness to them. Many of his successes… and failure can still be seen at the Thomas Edison National Historical Park in New Jersey to this day. 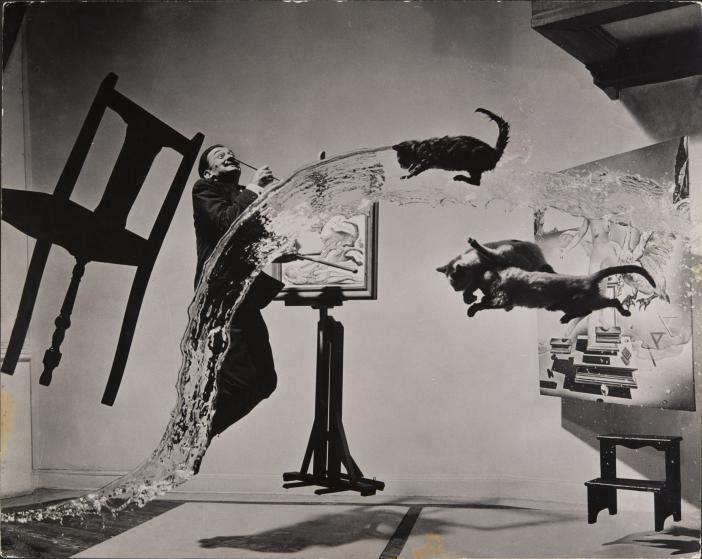 25 Of The Most Clever And Powerful Social Awareness Campaigns