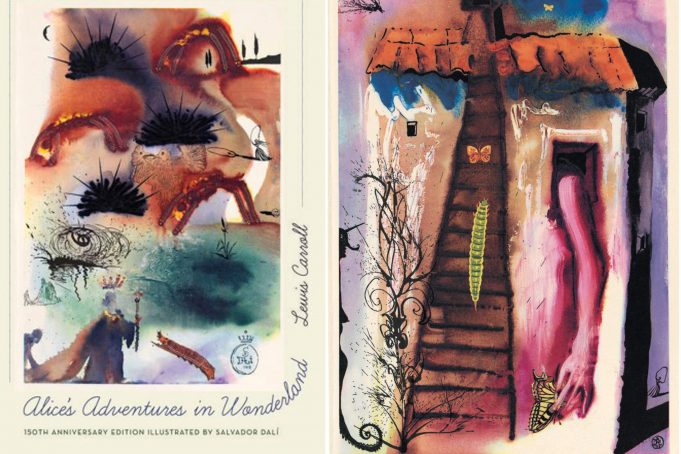 Salvador Dali, best known for the striking and bizarre images in his work, illustrated one of the greatest and most surreal literary works of all time: Alice in Wonderland.

In 1985, 20 thousand shiny and carefully crafted new books were distributed with the title Alice’s Adventures in Wonderland written on the cover. Since its first edition, Lewis Carroll’s most famous work continues to leave its mark on popular culture. Its undeniable influence is obvious when we observe contemporary pieces that are not limited to literature. It is full of complex visuals and imagery that remain in the reader’s mind long after finishing the book. It has often been considered as a surrealist work of fiction, so it’s no wonder that Salvador Dalí was part of a project related to the novel.

Published by New York’s Maecenas Press-Random House in 1969 and distributed as their book of the month, the volume went on to become one of the most sought-after Dalí suites of all time. It contains 12 heliogravures , one for each chapter of the book and an original signed etching in four colors as the frontispiece, all of which the fine folks at the William Bennett Gallery have kindly digitized for your gasping pleasure.

Edvard Munch’s “The Scream” with Pink Floyd’s “The Great Gig In The Sky” Come...