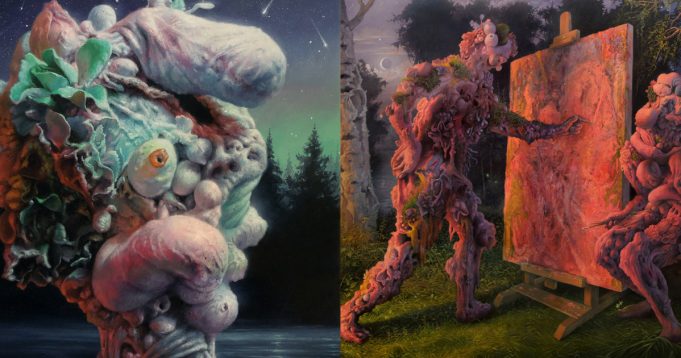 My work follows a cast of grotesque protagonists that I call the Border Creatures, and tells the ongoing story of their lives. I named them Border Creatures as a reference to their hybrid nature;  they occupy the boundaries between states, and hover between plant and animal, natural and unnatural, human and inhuman. The narrative that I build around these characters is ultimately one of Romantic heroism, in which they wander through a lush natural world and use creative acts to comprehend the universe that surrounds them. However, a traditionally Romantic view would imply the loneliness and separation that they feel, and their mutations suggest an intense physical connection to their surroundings. They are the forest come alive to paint itself, to garden itself, to understand its inner workings. They are the self-reflective impulse of the universe. 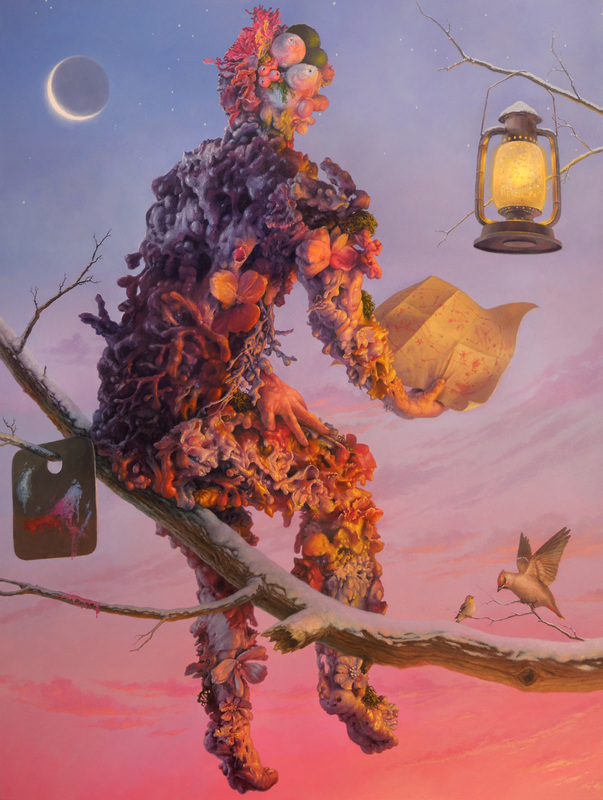 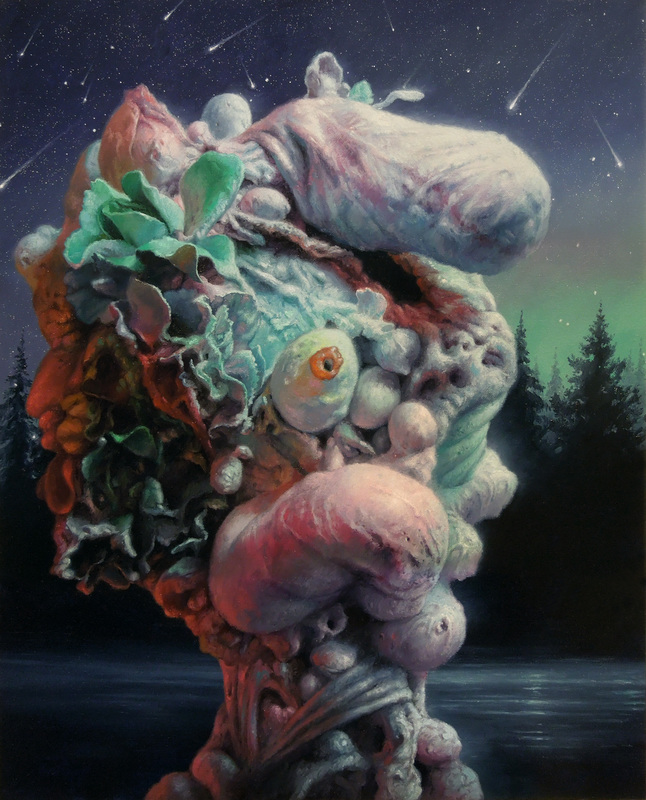 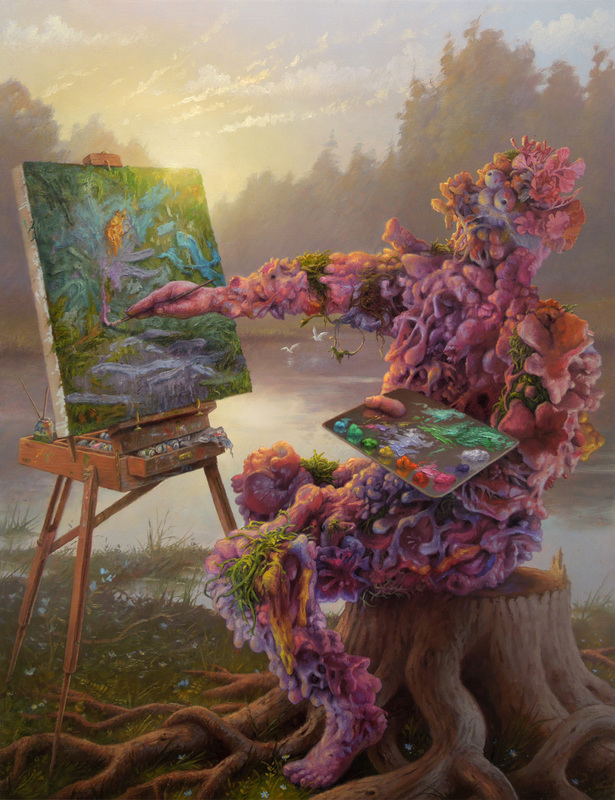 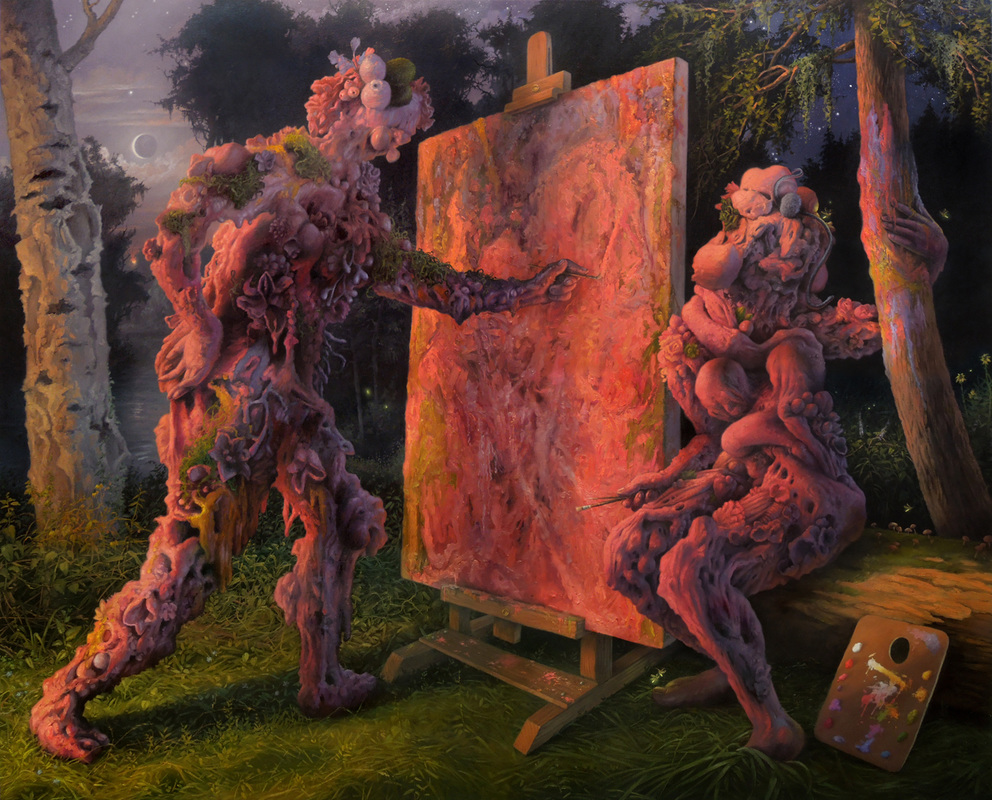 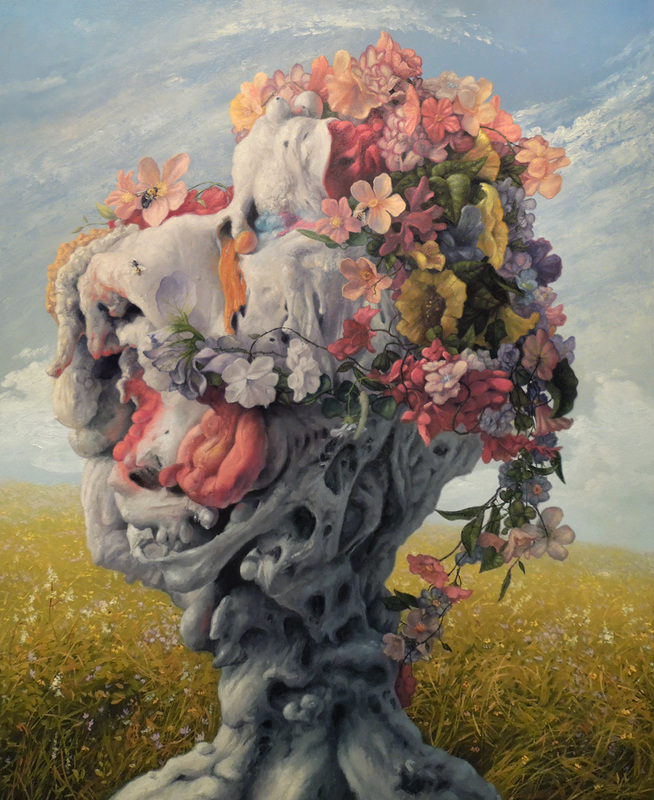