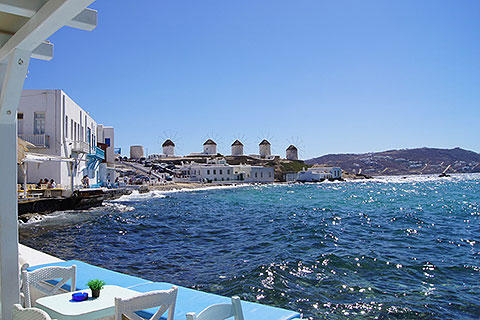 Some cruise travelers are so intent on doing things in port that they never think to take time to see the city or countryside around them. As they cram trekking adventures through ancient ruins, marathon visits to world-class museums and historic sites, and back-to-back vineyard tours into their 10 hours in port, they hardly have time to glance up and notice what makes each destination unique.

Yet Europe — where cruise travelers can choose from Mediterranean, Baltic and round-Britain itineraries — is home to some of the most fascinating architecture in the world, and you’re missing out if you don’t take a look. Beyond the tourist magnets like the Colosseum or Saint Paul’s Cathedral, you could discover Barcelona’s Avante-garde legacy,Mykonos’ functional yet attractive design, or the traditional styles of Constanta, Romania, where legend has it Jason and the Argonauts ended up with the Golden Fleece. (Don’t worry; you won’t have to ward off an army of skeletons there.) Setting aside the extra time to explore a port’s architectural legacy will certainly net you some memorable vacation photos, but it’ll also give you a better feel for the area itself.

See for yourself, by wandering the streets vicariously through our slideshow of 15 European ports with amazing architecture, featuring photos submitted by Cruise Critic members. Who knows — maybe you’ll garner some ideas for your next cruise.

Barcelona boasts some of the most easily recognizable architecture in Europe, mainly due to the work of famous architect Antoni Gaudi. The Catalan Modernism style abounds, and many buildings, such as the crypt of La Sagrada Familia (left), have been designated UNESCO World Heritage sites.

Norway’s Lofoten Islands, which are nestled above the Arctic Circle, epitomize traditional Norwegian fishing villages. While you’re there, check out the Lofotr Viking Museum. This reconstruction of the Viking chiefdom, erected around 500 A.D., not only depicts life in the Viking Age but also the architecture.

Adorned with emerald canals, charming waterside cafes and notable buildings like the Ca’ d’Oro palace, Venice reflects a harmonious blend of Byzantine, Baroque, Gothic and Neoclassical architectural styles. Other must-sees include Saint Mark’s Basilica, Doge’s Palace and Palazzo Grassi, which are just as impressive inside as they are outside.

Founded by Russian Tsar Peter the Great circa-1703, the canal city of St. Petersburg holds historic significance, despite being fairly young for a European city. A unique combination of architectural styles — including Petrine Baroque, Neoclassical and Romantic — reflects the ideas of various architects during its early stages of development. Iconic Saint Isaac’s Cathedral towers proudly over the city, while marvels like the State Hermitage Museum and Winter Palace, Catherine Palace and Church of Our Savior on Spilled Blood have helped lead to its architectural fame.

Although not the most well-known city in France, Dinan, a medieval village along the Rance River, is a hidden gem with cobblestone streets, castles and a “Harry Potter” feel. An easy trip from Saint-Malo, Dinan features landmarks like the Chateau de Dinan and Basilique Ste-Sauveur, both of which represent intricate detail and well-preserved stonework.

Visitors from the sea first encounter Odessa’s marvelous architecture at the Potemkin Stairs, which create an optical illusion that hides its landings from viewers below. At the top, Primorsky Boulevard leads to the heart of the city, made up of artsy facades and tree-lined cobblestone streets. The city is also home to a number of architectural icons, including the Neobaroque-style Opera and Ballet Theater and the early Italian Renaissance-style Londonskaya Hotel.

Known as the “Athens of the North,” Edinburgh is filled with must-sees like Holyrood Abbey, Saint Giles Cathedral, Edinburgh Castle and John Knox’s House. But its architecture is not all medieval. The city is also home to many Neoclassical and modern Contemporary works, such as the Scottish Parliament Building, which cannot be missed.

Although a palette of ivory and blue is Mykonos’ most distinct feature, the functionality of each building is just as noticeable. Flat roofs and boxy shapes protect the buildings from weathering and strong winds. For some of the best examples, be sure to visit the village of Ano Mera. We also recommend taking a ferry to the archeological site of Delos, one of the most sacred locations in Greece.

No, it’s not your eyes or camera lens that makeAmsterdam’s canal homes appear slightly crooked. They were purposely built with protruding gables, making it easier to haul larger objects upstairs. Outside the city, houses continue to conform to their surroundings. The fishing villages of Marken and Volendam and the neighborhood of Zaanse Schans comprise old wooden homes and “primitive-style” windmills used for industrial purposes.

Legend has it that Constanta (originally known as Tomis) is where Jason and the Argonauts fled after finding the Golden Fleece. Nestled on the Black Sea’s western coast, Constanta is home to famous sites like The Casino, an Art Nouveau masterpiece along the water’s edge; Casa cu lei (The House with Lions), a blend of pre-Romantic and Genovese styles; and the Great Mahmudiye Mosque, circa 1910, which reflects a more recent example of Byzantine and Romanian architectural styles.

There’s no doubt Saint Basil’s Cathedral is the crown jewel of Moscow’s architectural movement. But there’s much more to the continuously growing city than the easily recognizable. Many pre-Stalin churches and buildings still remain, which adds contrast to the more industrial look that came about during the Stalin era. Moscow has since rebuilt iconic buildings, such as the Cathedral of Christ the Savior, which had been demolished during that time.

The medieval town of Cochem, nestled against a backdrop of rolling hills and vineyards, might as well have been pulled right out of a storybook. The Cochem Railway Station, just steps from the town’s center, exemplifies this Middle Age style. But perhaps the most notable structure is the Reichsburg Cochem castle. Rebuilt in Neogothic style, it rewards those who make the long walk up with a trip back in time and unobstructed views of the Moselle River.

Eze is a favorite stop for many, and for good reason. Its cobblestone streets and stone buildings draped in vines and magenta bougainvillea are a far cry from other cities in the French Riviera. Perfumeries and art galleries influence its charm, while more well-known structures, such as Chateau Eza (shown), afford some of the best views of the Mediterranean Sea.

Although it’s a thriving spot for tourists, Prague remains well preserved. Aside from wonders like the Charles Bridge and Saint Vitus Cathedral, its historical center, which dates back more than 10 centuries, includes Romanesque rotundas, Gothic spires, Renaissance palaces, Jewish synagogues, Baroque churches and monasteries, and Art Nouveau and Modernist houses.

Dubrovnik itself is a UNESCO World Heritage Site. Sited as one of the greatest medieval walled cities in the world, it’s home to architectural marvels like the Sponza Palace and Gothic Renaissance-style Rector’s Palace, all of which survived the earthquake of 1667. 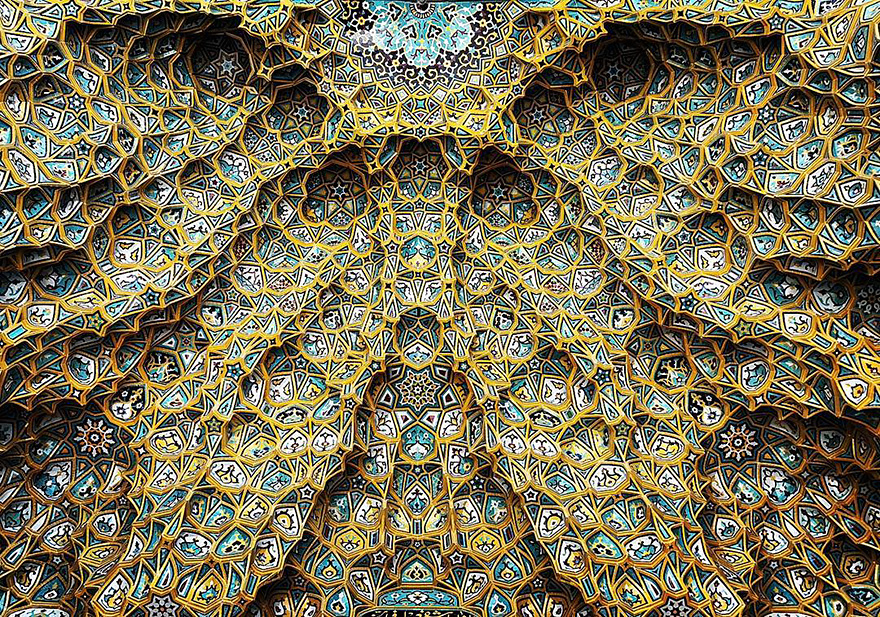