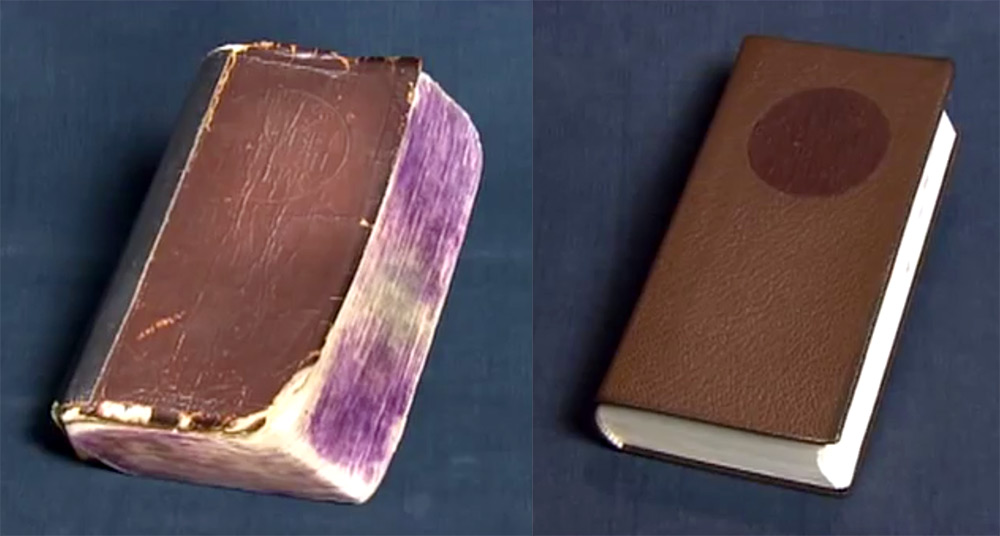 Japanese artisan Nobuo Okano has been restoring shredded books for 33 years now, bringing back them back into life and making them look like new. When one of his customers presented him with an old Japanese-English dictionary that looked like it had survived a lot of rough years, Okano worked on it as if it was a painting which he was restoring like a proper art conservationist, using no more than a few basic tools such as a wooden press, a chisel, some water and glue.

The artisan went through a very laborious job reconstructing the dictionary, flattening all 1,000 pages of it with the help of an iron and a pair of tweezers. Okano also erases marks like initials and make the book look like brand new using the method of a sculptor who makes his piece look better by removing pieces.
“It’s not their shape or form but what’s inside them that attracts us to books,” says Okano. When the dictionary was finished, he gave it back to his customer, who gave it as a gift to his daughter. 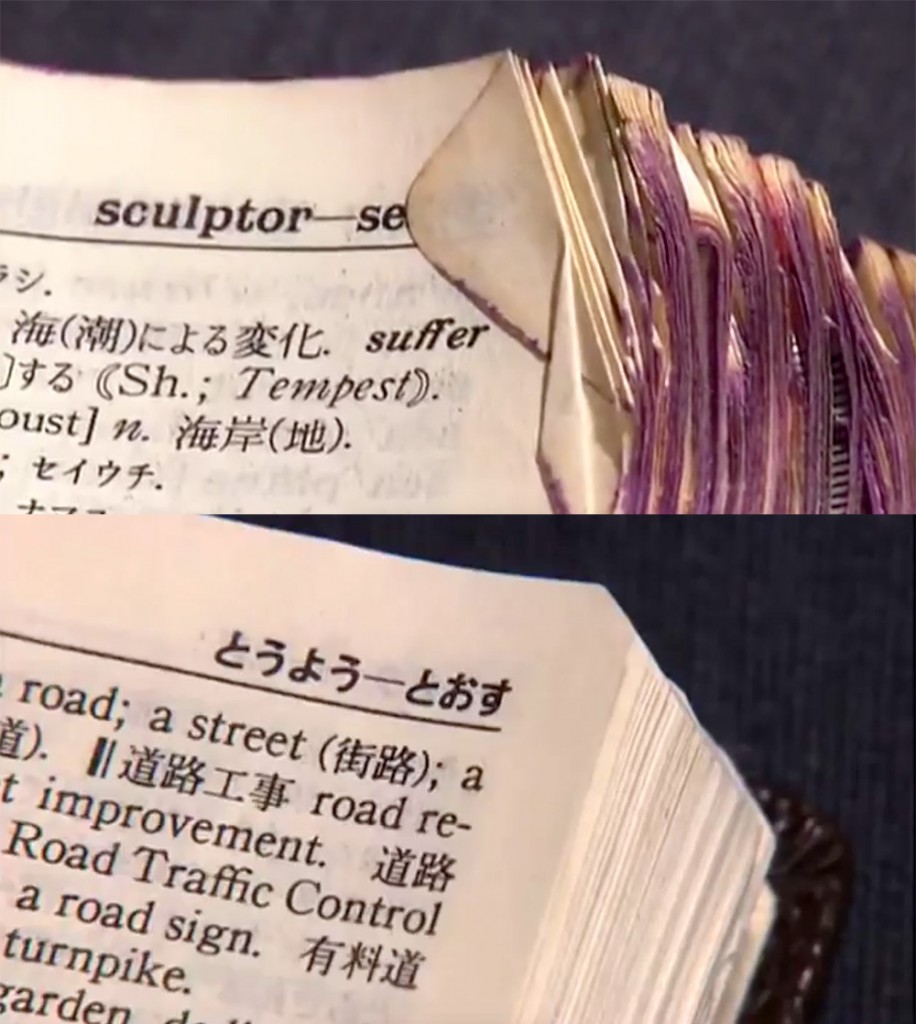 Transformers Made of Junk By Two Farmers In China