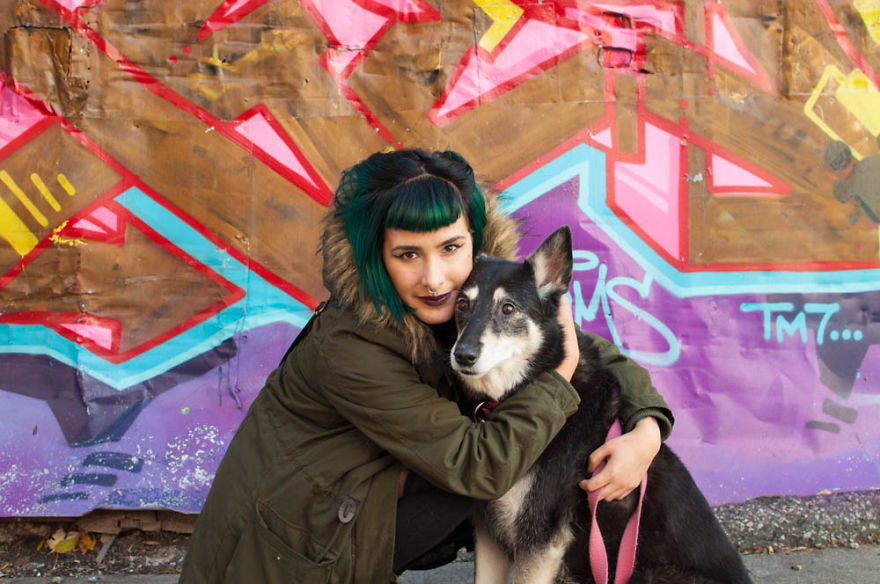 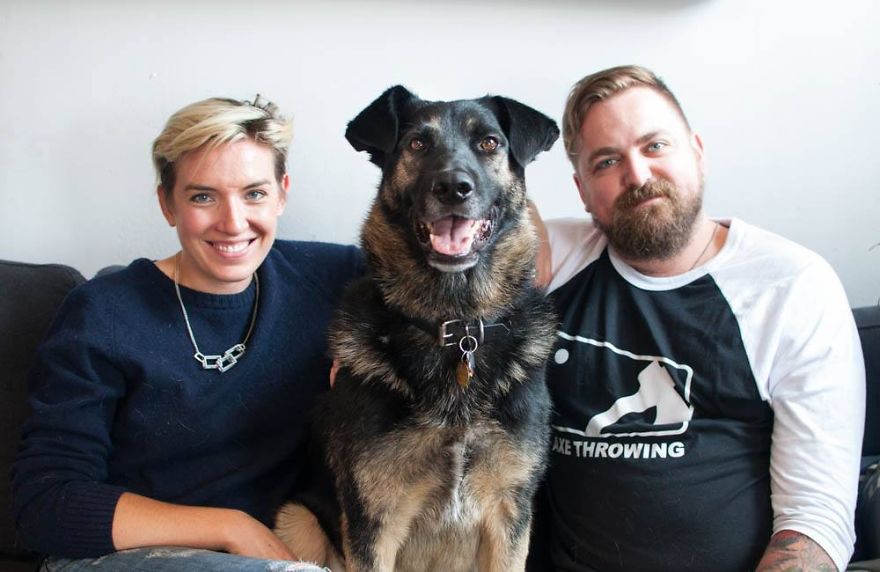 The creator has photographed over 200 families and their rescued dogs, not only allowing them to share their dogs’ stories but also reveal how rescuing a dog has impacted their lives. The project is really moving and deeply highlights the importance of adoption as before rescued, many of these adorable animals were slated to be euthanized, abandoned, sick or homeless.

“Redemption Dogs is an ongoing photo series created and curated by Nicole Simone and her dog Charlie. What started as an art project with two small gallery shows in Toronto, has spread to multiple weekly shoots. From Brooklyn to Toronto, Simone seeks out the finest rescue dog stories around (there’s never a bad one). The series is meant to help break stereotypes as rescue dogs being troubled souls. By showcasing the many different dogs from different backgrounds alongside the large variety of people adopters, the series helps people to think a little different,” the project’s site explains.

We just hope the series will inspire more people to adopt and rescue one of the many animals in need!

Here are some of Simone’s photographs along with her commentary:

Kale was abandoned as a senior with cancer, but got to live her final days loved in a forever home 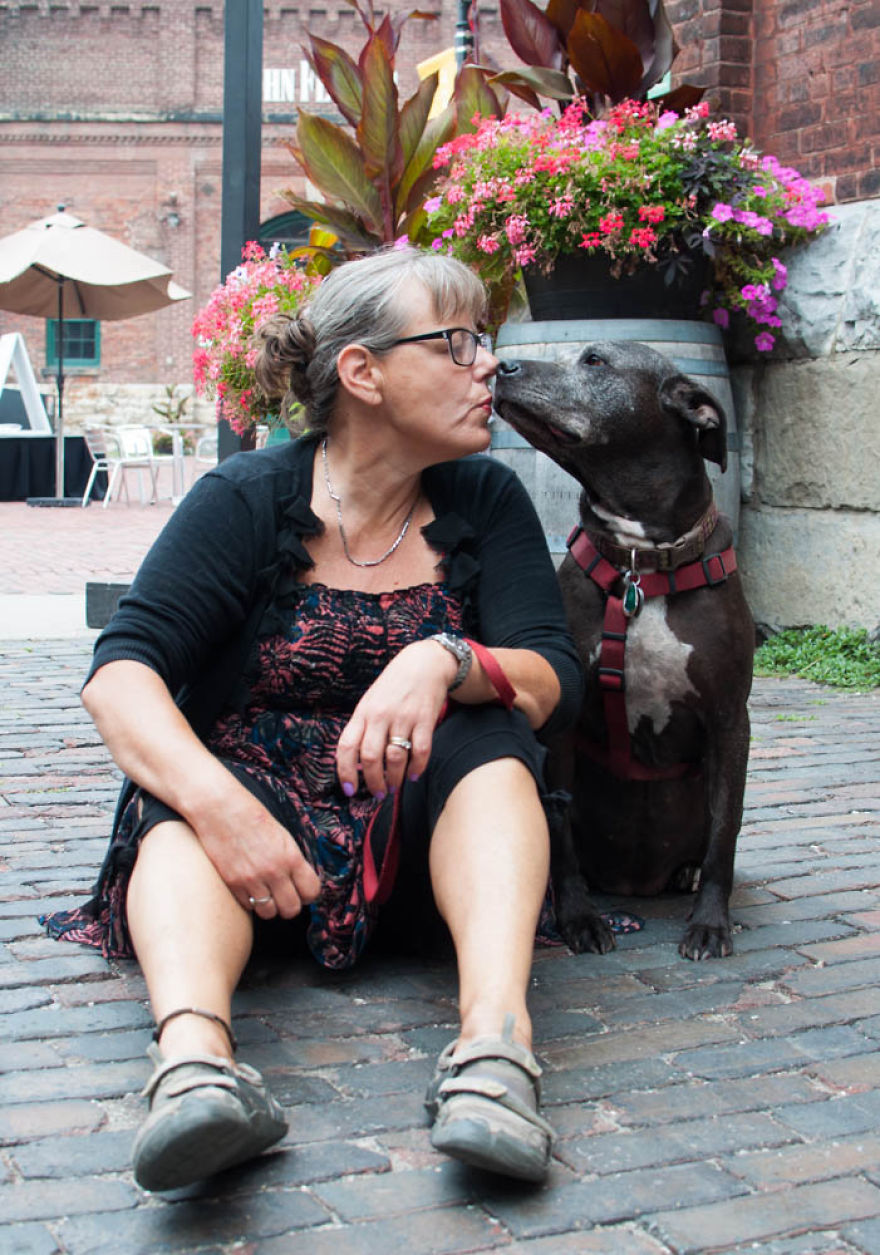 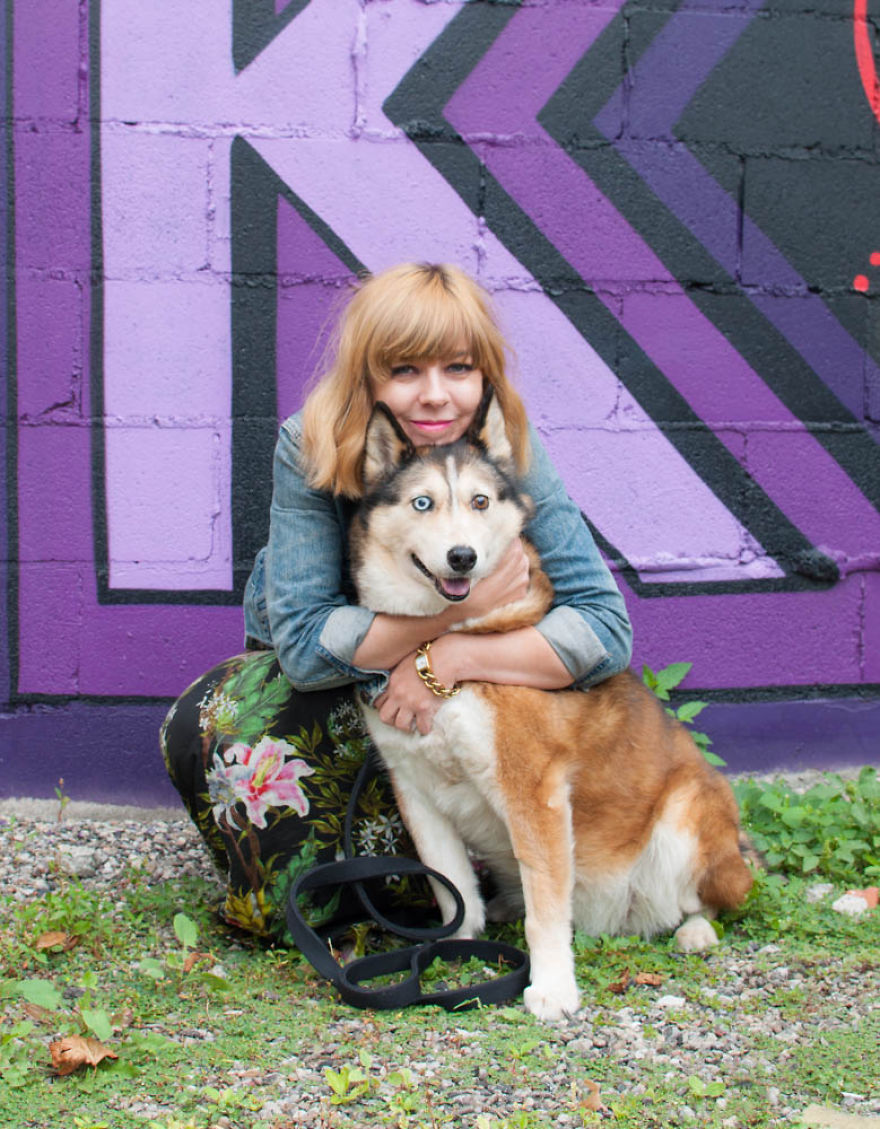 Sug was a bait dog for fighting and Mira was desperate for a home, that’s when they met Ashley and her family 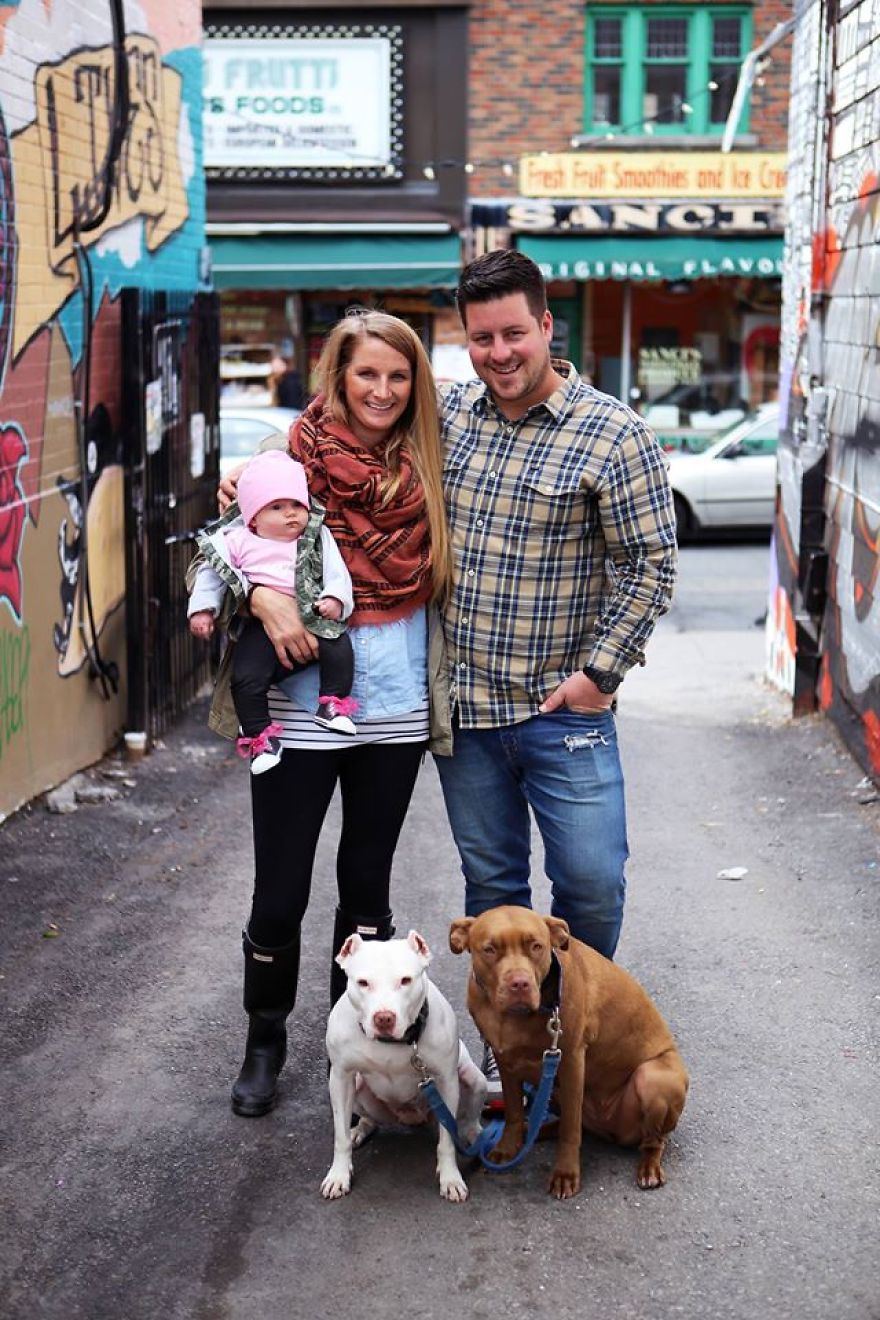 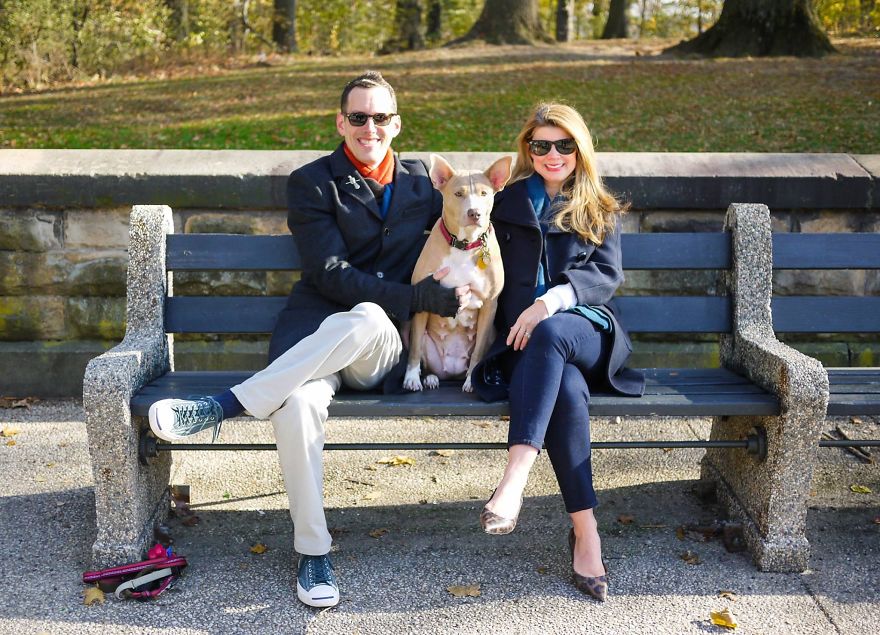 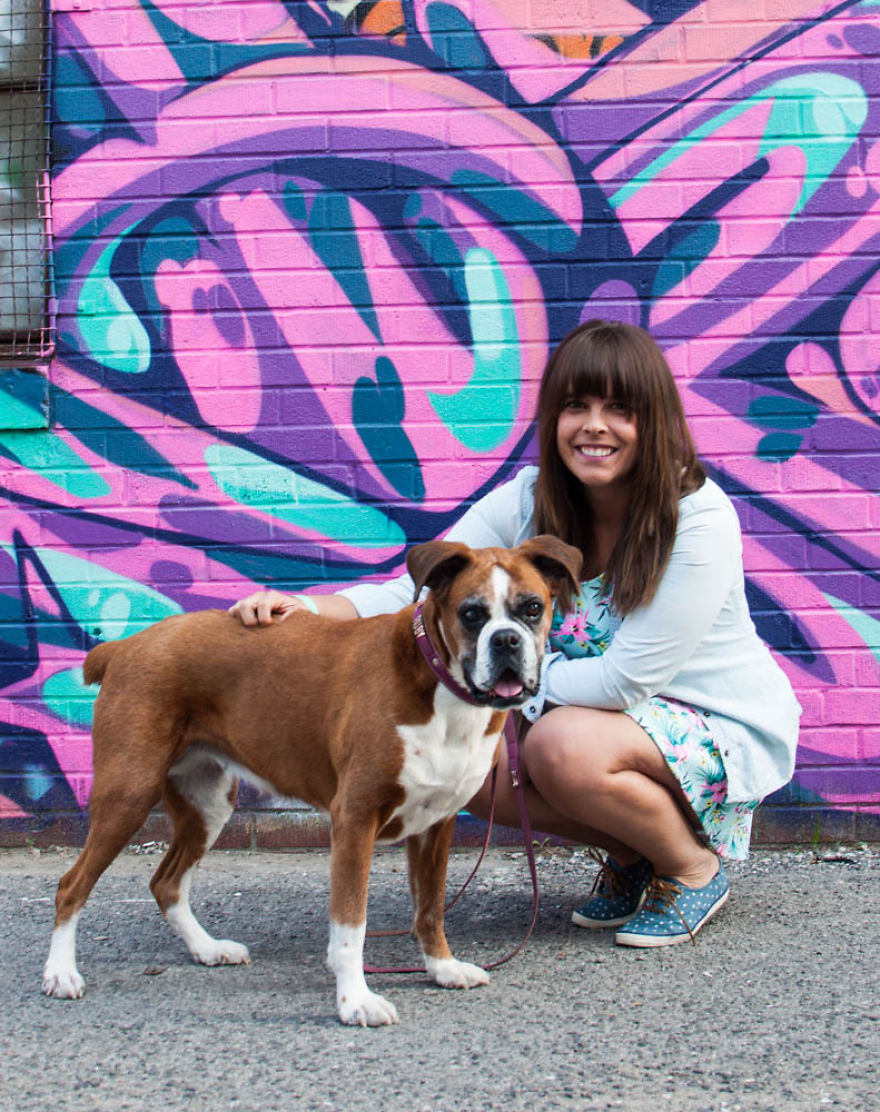 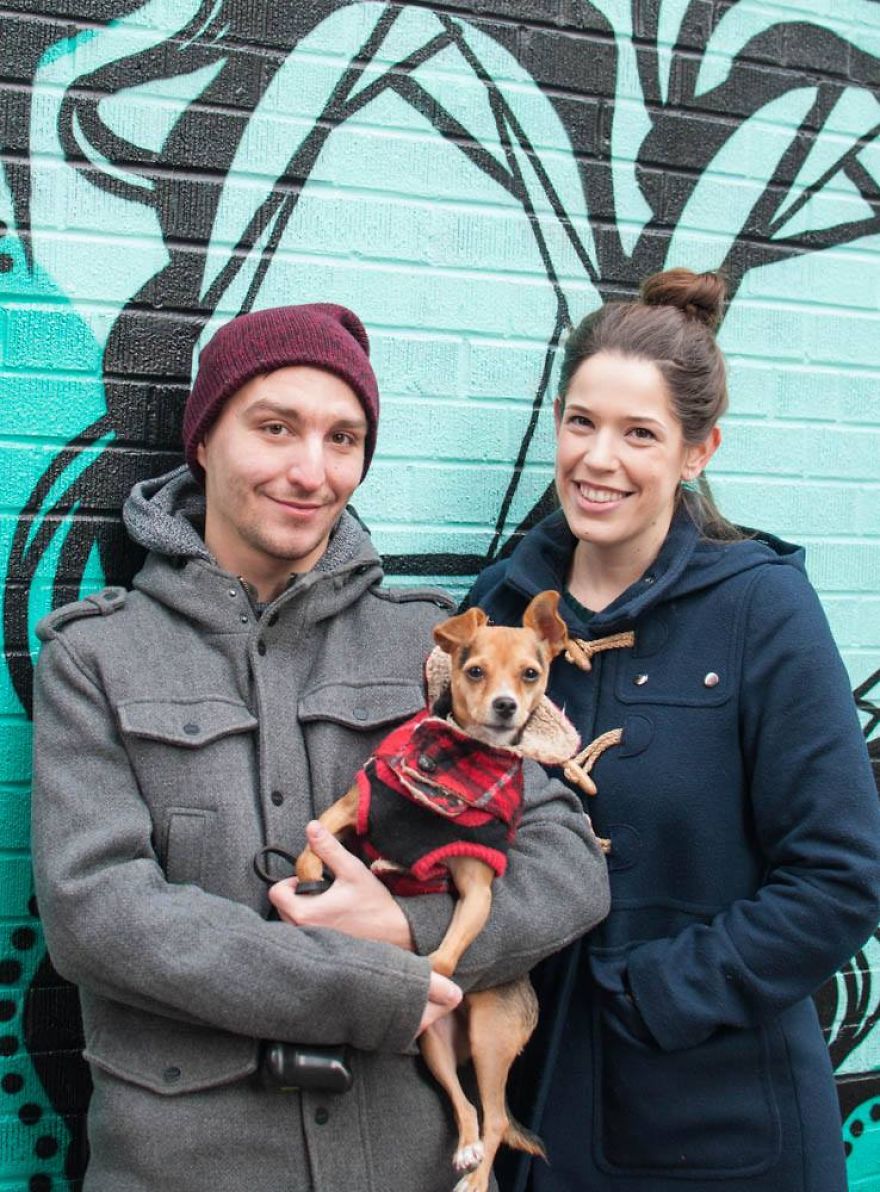 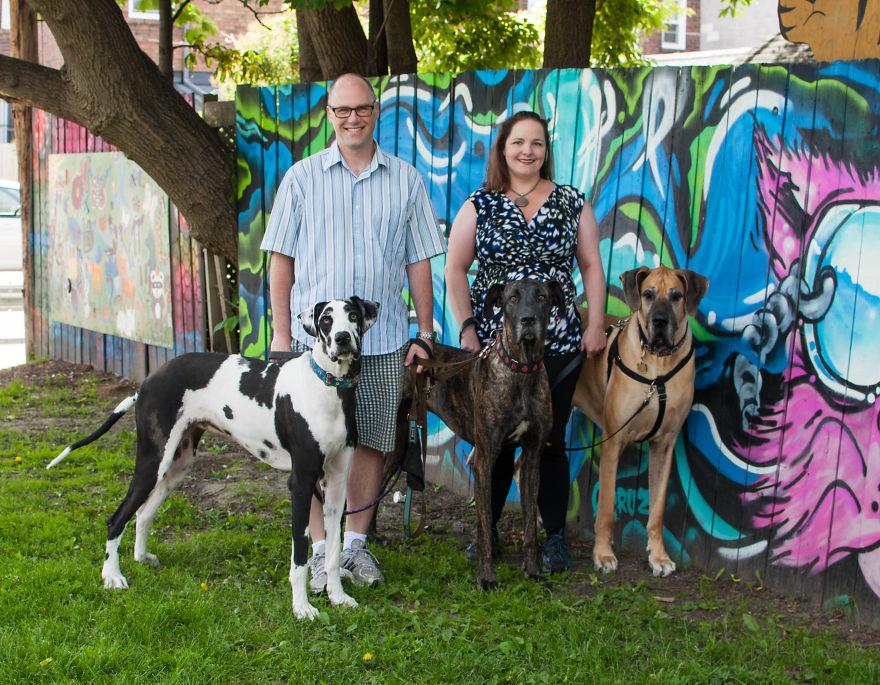 Meet Rebecca, Jamal and Taylor. From a bad situation to happy homes, these dogs couldn’t be happier with where they ended up in life 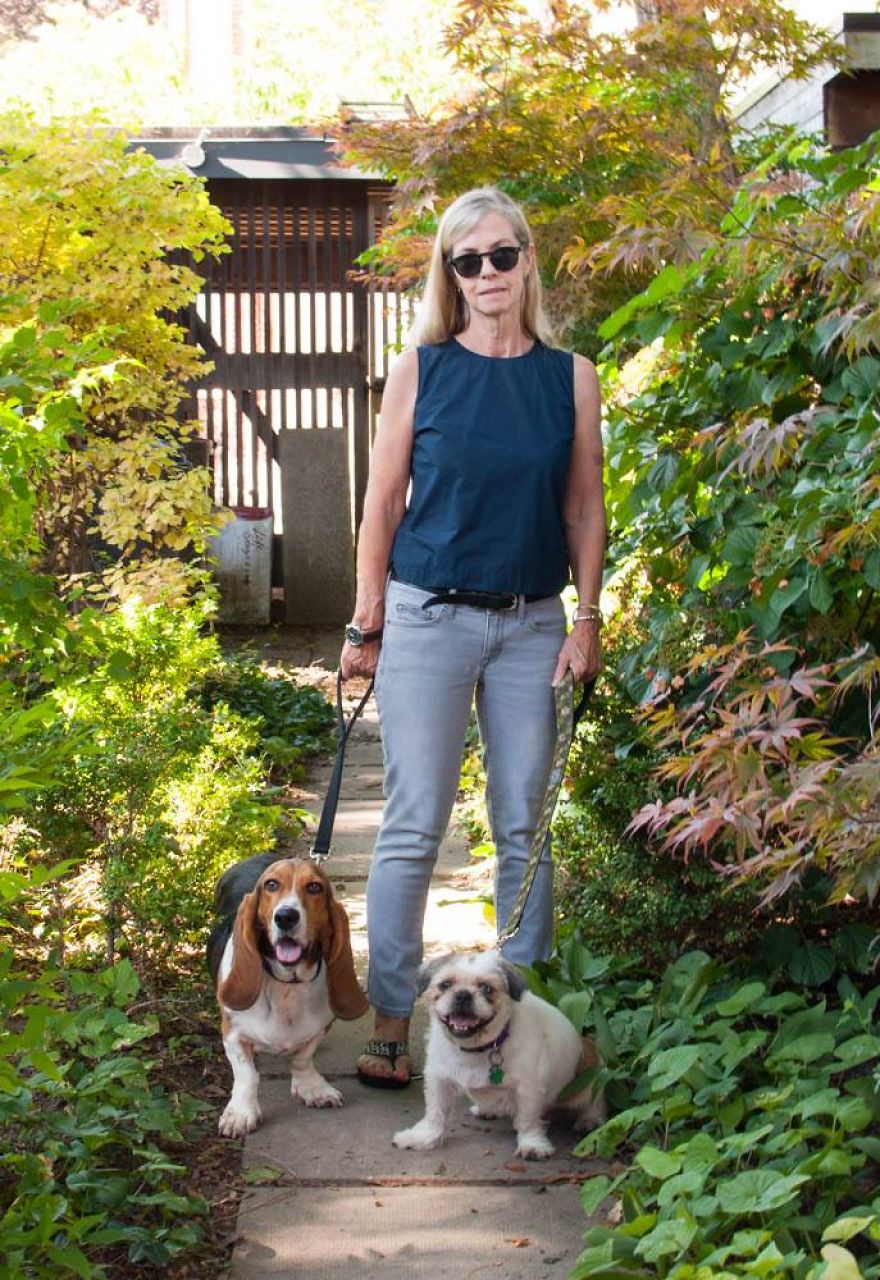 Meet Blanche and the one eyed wonderful Ty 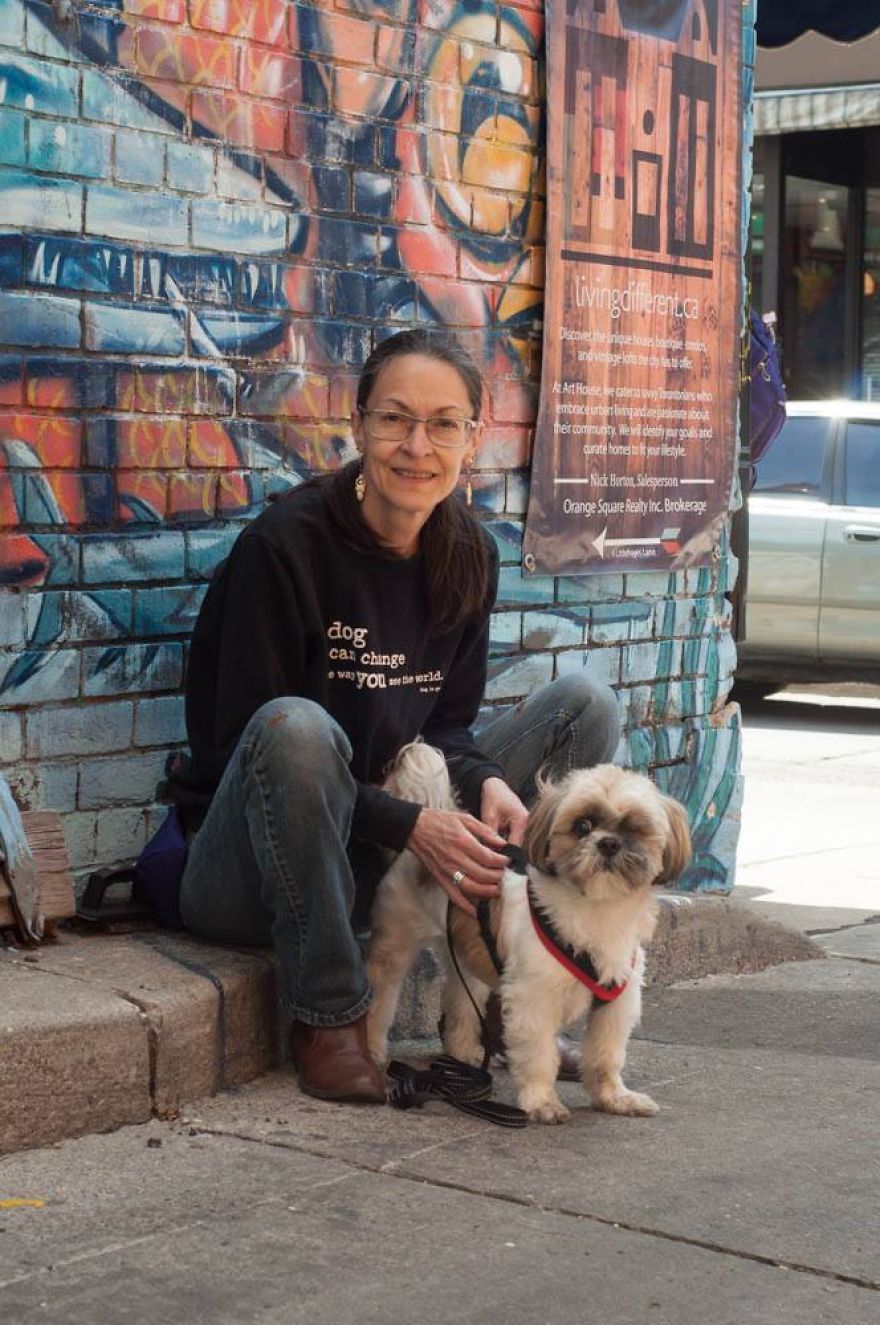 Dennis faced breed discrimination before finding a home with Evan 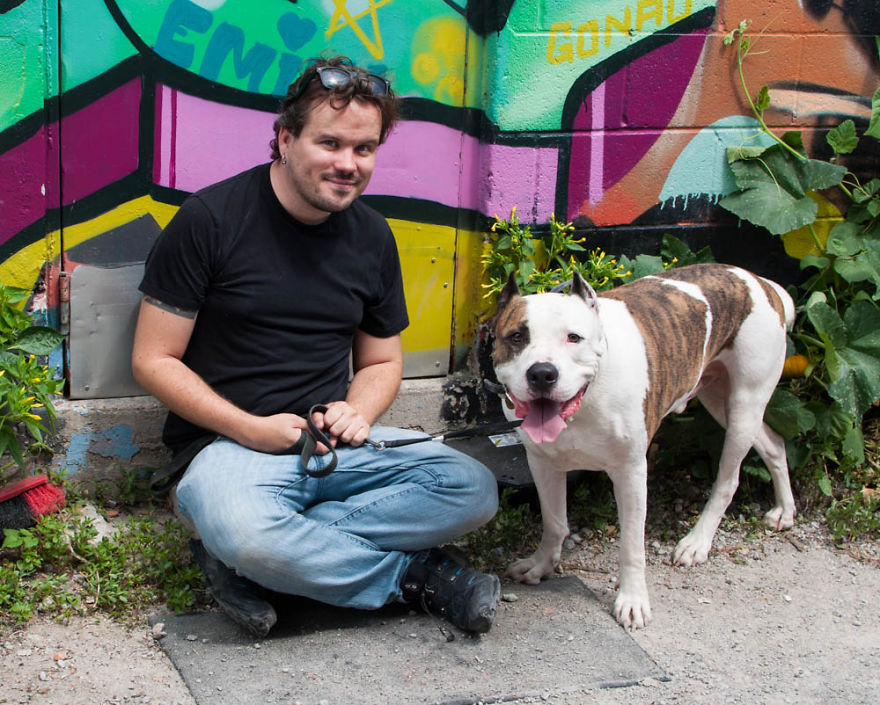 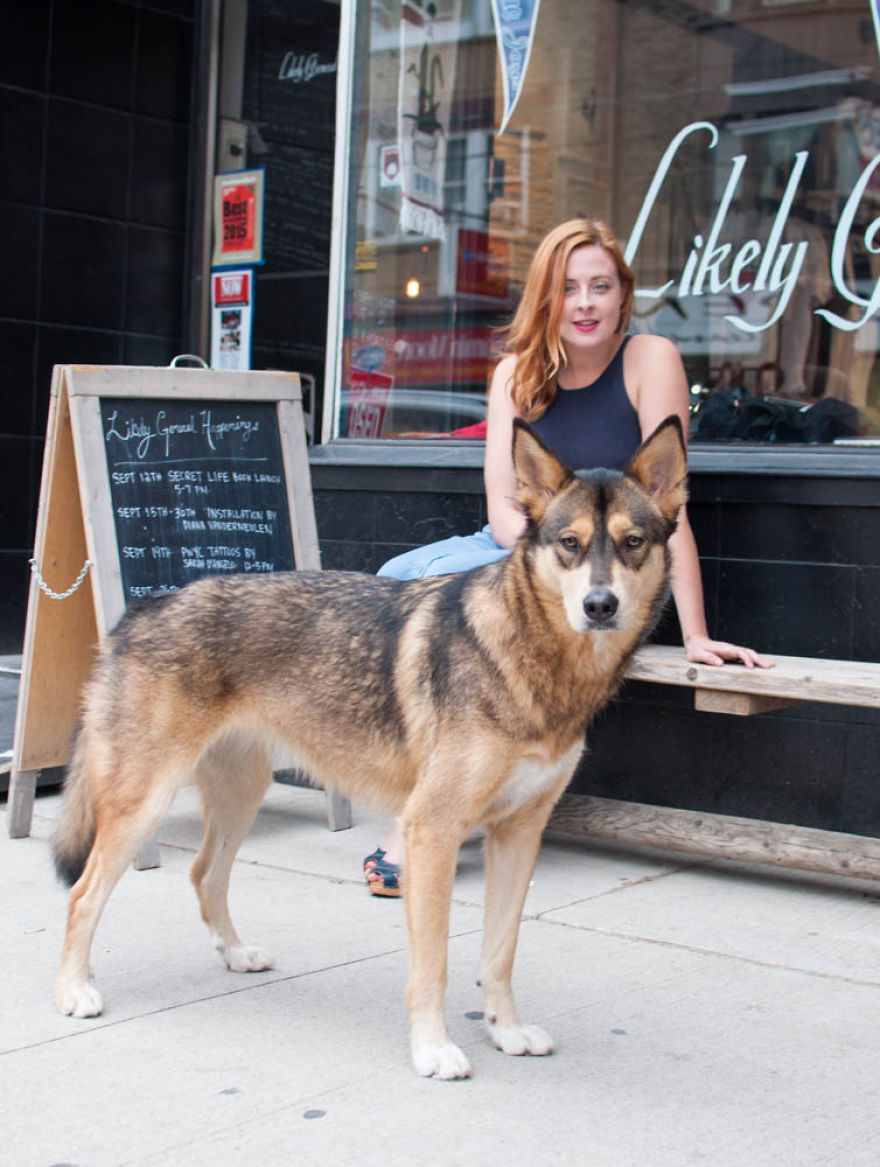 Meet Sheryl and Lucy. Lucy was a year old and starved to 27lbs. Here recovery was a miracle, and a great example of a ‘foster failure’ 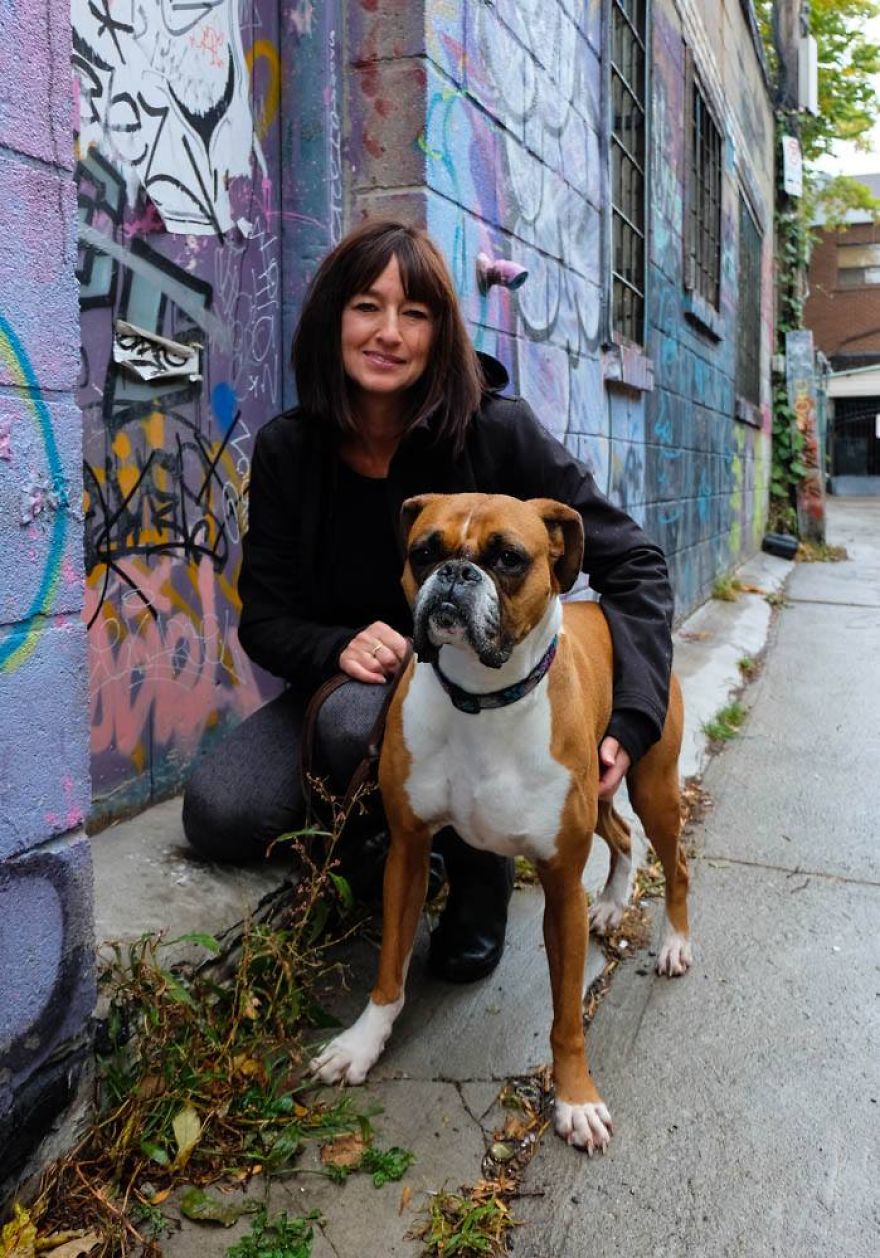 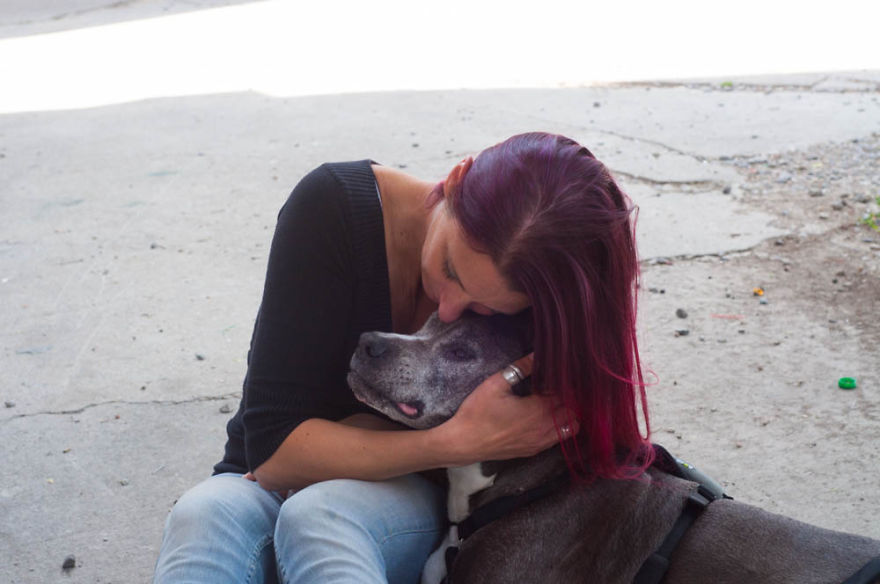 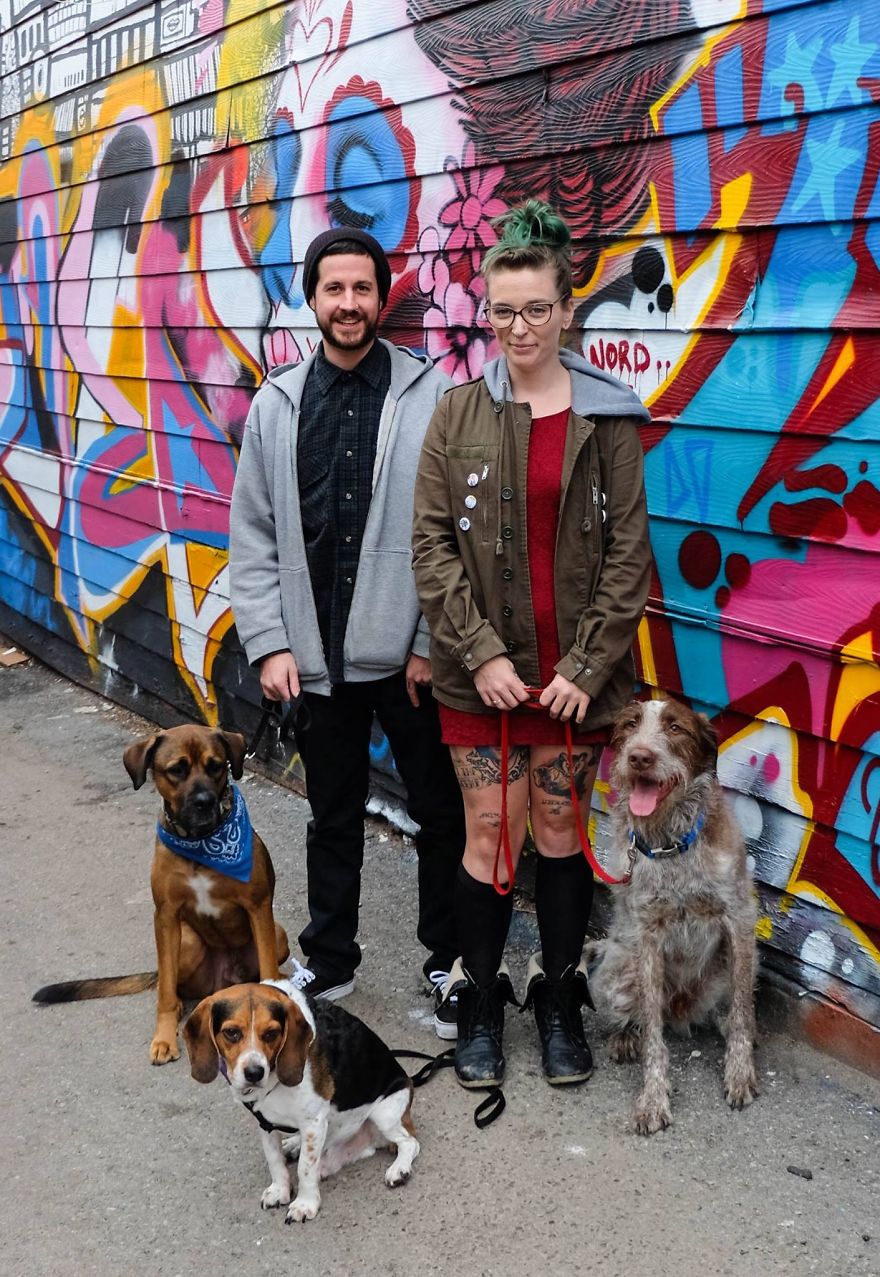 Sorina was rescued from the streets of Romania, missing an eye from abuse, she found a home in Toronto 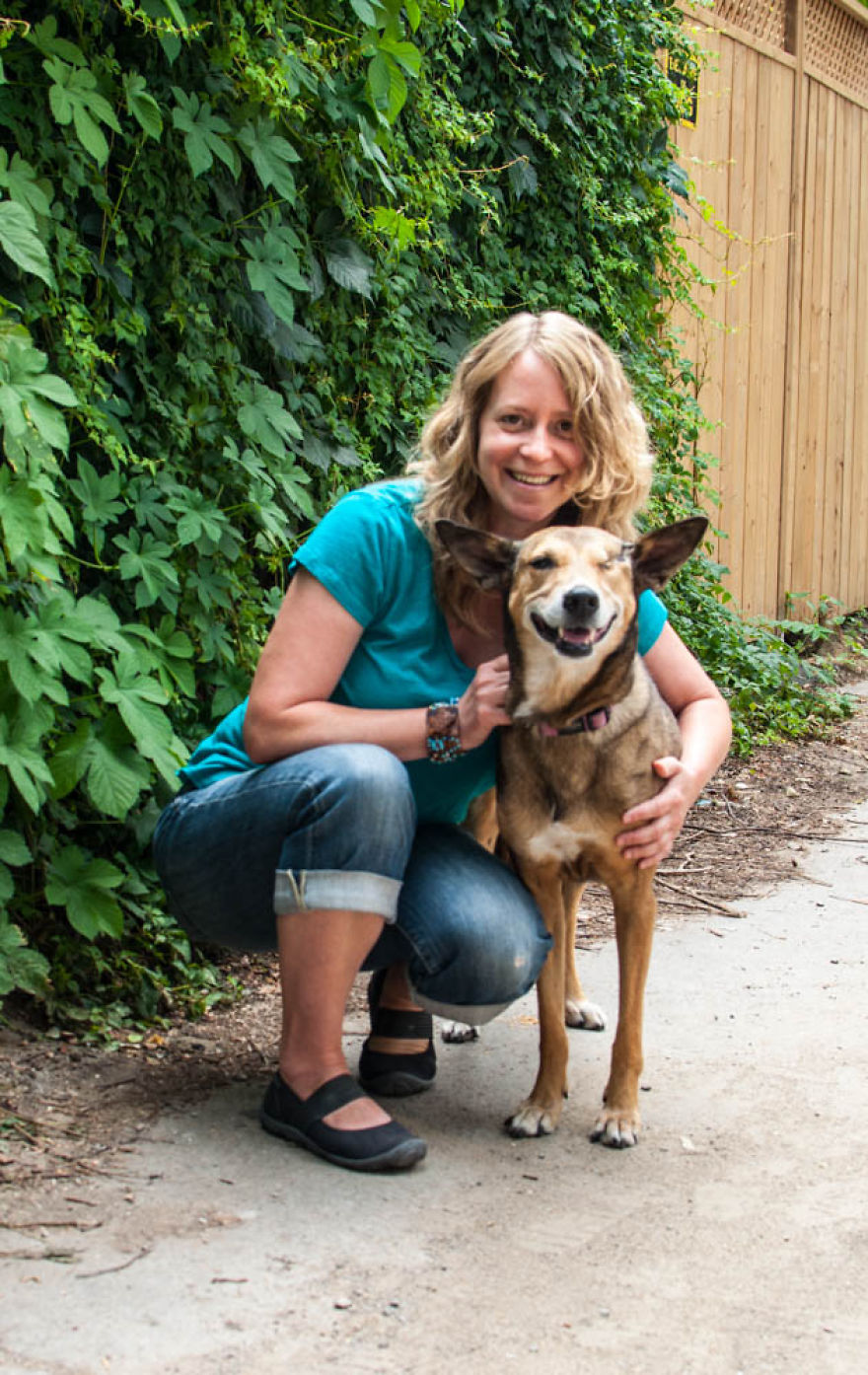 Bambam was at an LA shelter and no one wanted her because of her funny walk; that’s when she met Andy 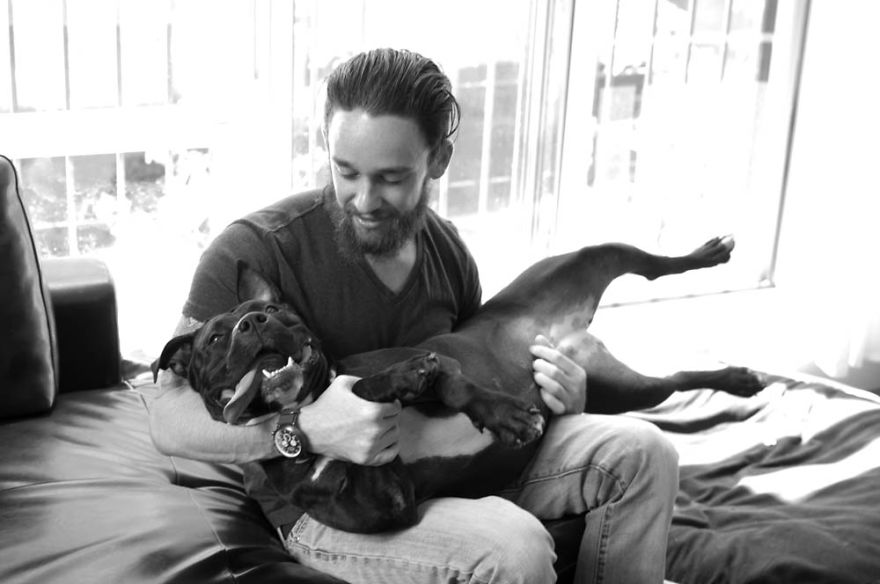 Gaia was found wandering Northern Canada at 3 months old, until a rescue found her and brought her to Marlee 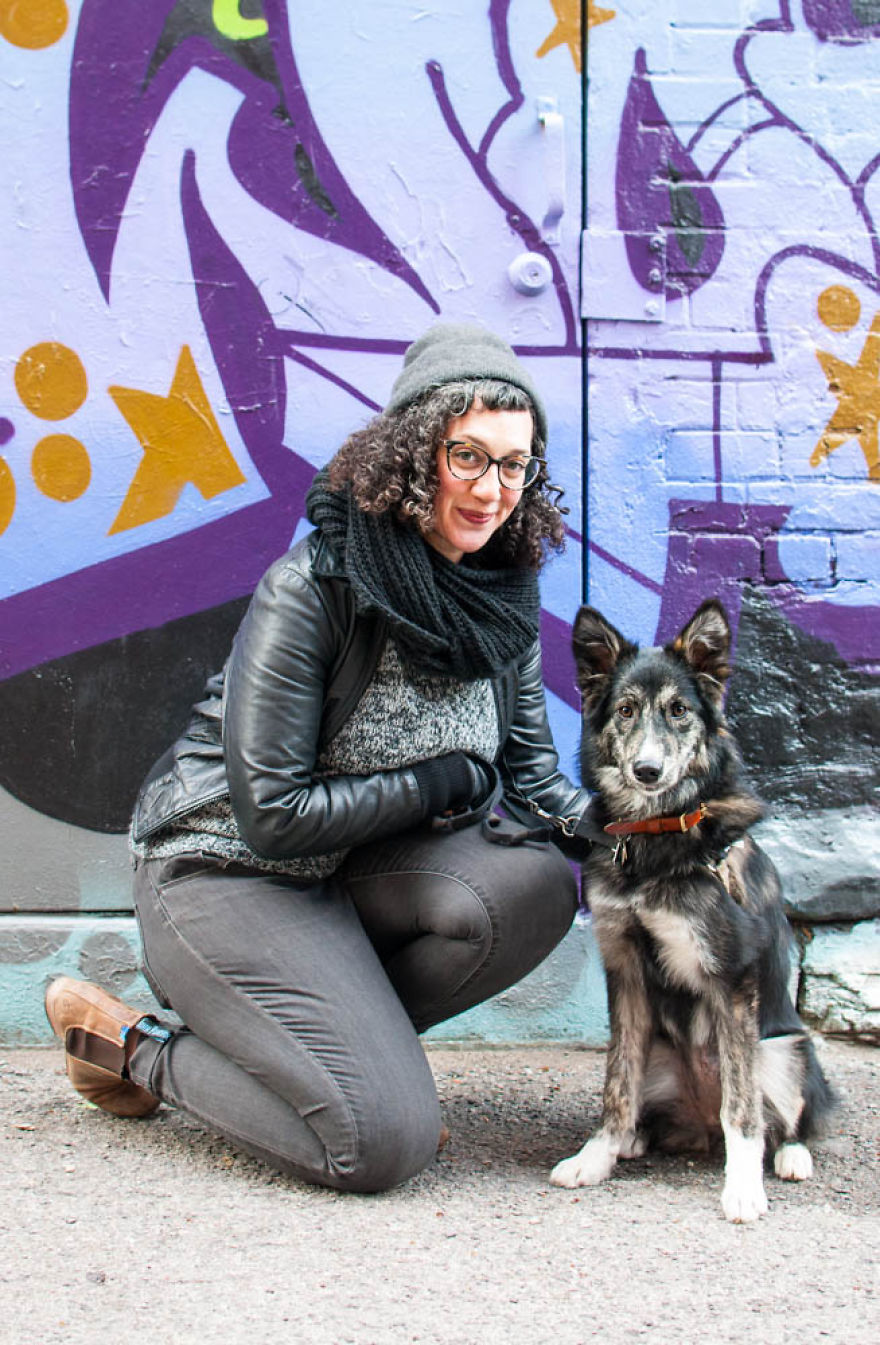