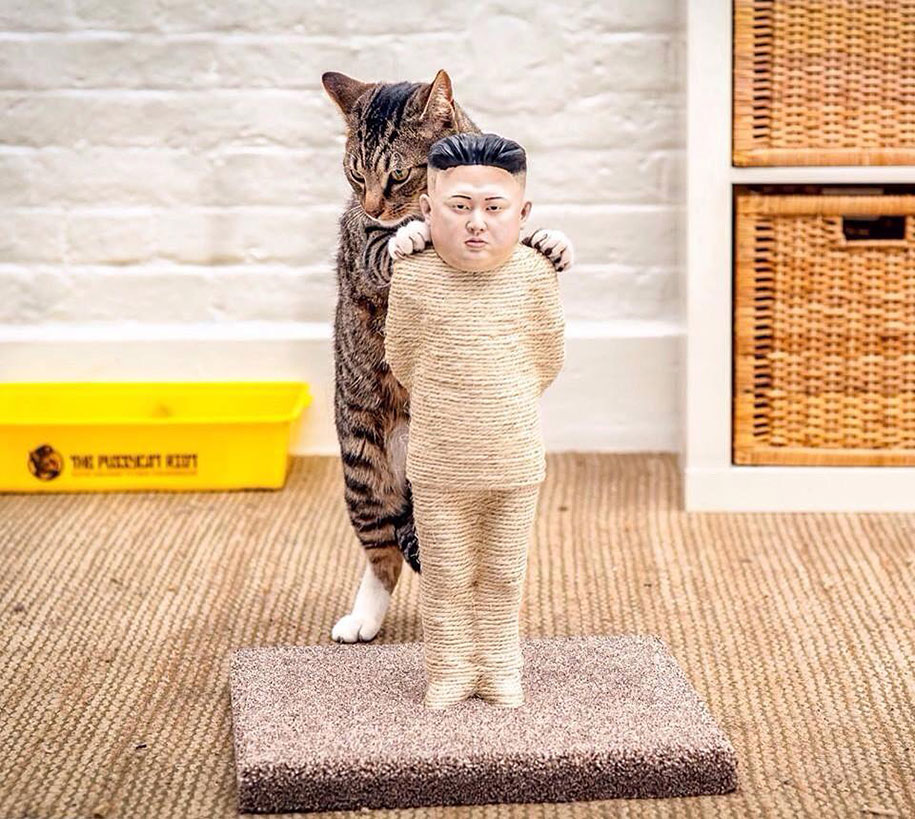 Two scratching posts resembling Russia’s president Vladimir Putin and North Korea’s supreme leader have been created as a protest against these leaders’ many human rights offenses. Handcrafted in 200 hours by a team of artists behind HIdeMyAss.com, an internet provider that allows you to anonymously access blocked content worldwide, these scratch posts were described by the Pussycat Riot open internet campaign as “one-of-a-kind protest product and the ultimate feline satirical statement.”

The bodies of the scratching post figurines are comprised of durable rope, whereas the heads are 3D-printed and hand-painted. The posts are 1,5ft tall, giving your cat enough material to scratch for long happy hours on end. The posts, however, cost £4,500 each, but the cause of the project justifies the expense: all of the funds will go as charity directly to the Index on Censorship, an international organization that promotes and defends the right to freedom of speech and expression.

The scratching posts are for sale at Pussy Riot to the quiet protesters and feline lovers.