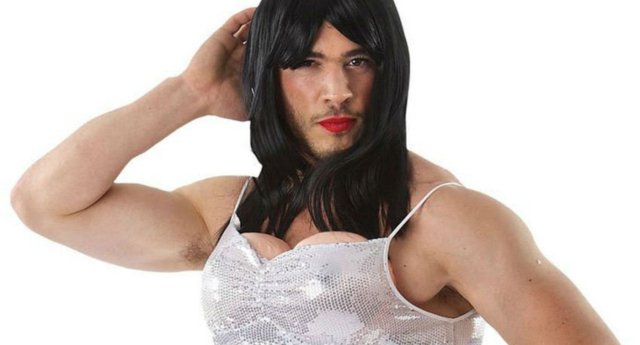 “Embarrass a stag of your friends and family with this tastelessly brilliant fancy dress costume”. This was the first line in the description of the ‘Adult Lady Boy Drag Fancy Dress Costume’ sold by Amazon which caused hundreds of complaints and forced the site to remove it. The costume which among other things included a ‘fabric male genitalia at the front of the dress’ led to extensive negative feedback from users who threatened to boycott the site if the offensive product wasn’t removed.

Here are two of the users’ reviews with whom we couldn’t agree more: “An offensive piece of tat. It’s the 21st century not the 1970’s; transgender people have a hard enough time as it is without this kind of ridicule. I assume that a company of your size has an all inclusive policy of respect for all it’s staff, regardless of gender, disability, sexual orientation etc. It’s just a pity that it does not apply these standards to it’s products. This sort of rubbish drags Amazon’s name into the gutter” and “This ‘costume’ is repugnant, despicable, and down right offensive”.

This reminds us a lot of the outrage caused by a similar costume based on Caitlyn Jenner. We are glad that both offensive products are now removed. 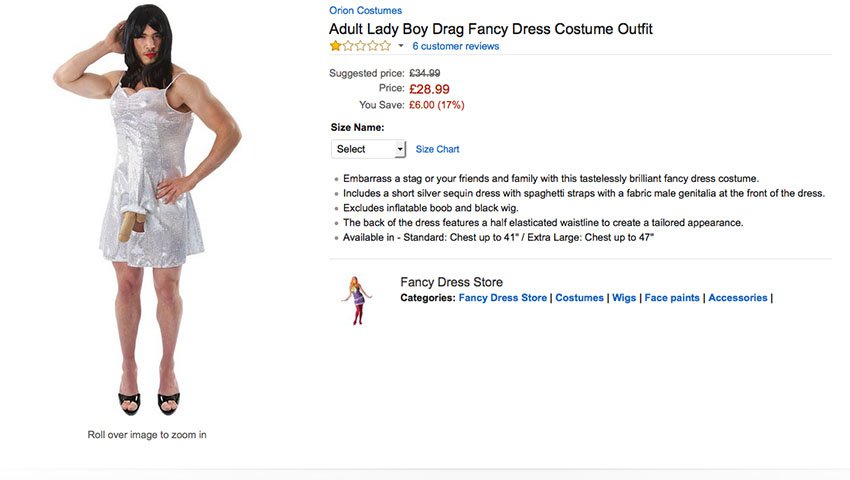