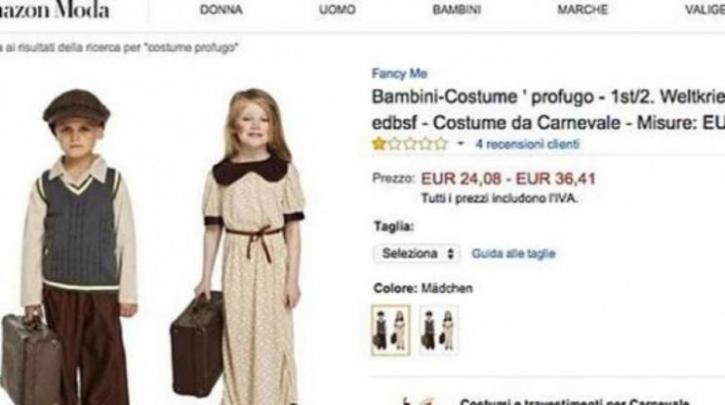 The online sales giant has been under fire as the company’s Italian branch sold a children’s ‘refugee’ costume ahead of the Venice Carnival.

The outrageous costume for young boys and girls, marked as “wartime refugees” from the World War I and World War II era period, sparked great controversy and has been removed from Amazon IT’s online catalogue after complaints of insensitivity in light of Europe’s ongoing migration crisis that has caused hundreds of children to die.

Oliviero Forti, director of the immigration division of Caritas, one of Italy’s largest Catholic charities, denounced sales of the costume as “shameless” and called UK retailer “Fancy Me” (the British company that sells the costume) to donate costume sale proceeds toward life vests or other aid items for refugee children.“My criticism is not aimed at Amazon, but rather at the British company selling the costume,” Mr. Forti told the Telegraph. “It is a question of good taste and of having the courage in certain moments to recall products that are no longer appropriate.”

At a time when children are dying every day in the ongoing Syrian crisis, the costumes are completely outrageous and insulting. It is truly hard to imagine that people would spend money on such an offensive costume, rather that giving it to help the situation. Shameless. 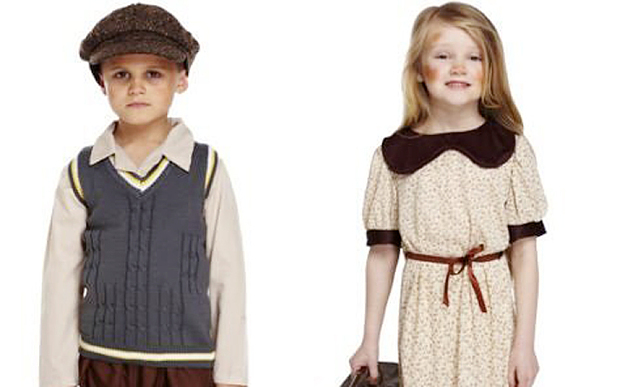 7 Of The Greatest Photographers Of All Time