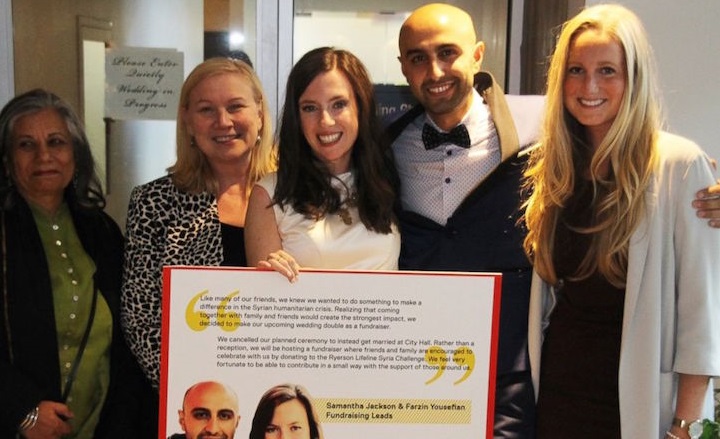 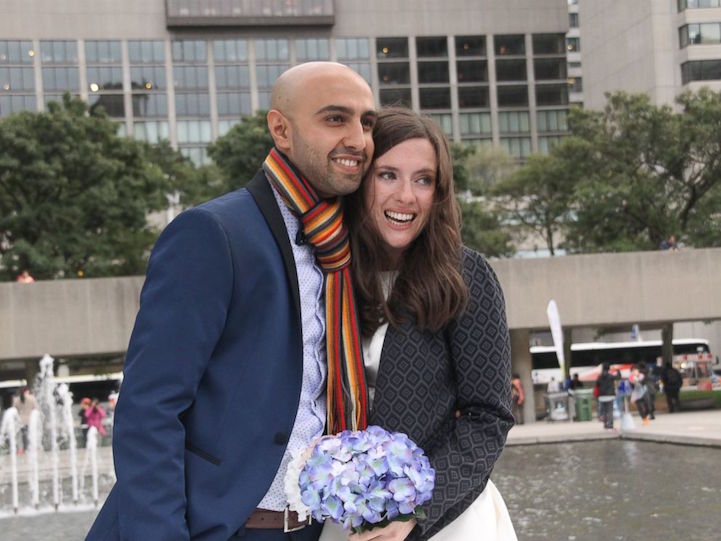 Samantha Jackson and Farzin Yousefian were planning their big day, when the photo of little Aylan Kurdi, a Syrian boy that was found drowned on a Turkish beach, made them realise that they could use their wedding budget to help Syrian refugees instead.

“We were in the midst of wedding planning in September when that devastating photo of 3-year-old Aylan Kurdi found on a beach came out,” Jackson explained. “Like so many other people, we became acutely aware of how bad the situation was getting and how important it was to act and do something positive, so we canceled the wedding and redirected the funds.”

The bride had been actually volunteering at the Ryerson University Lifeline Syria Challenge, a community that raises funds in order to help refugee families to resettle in Canada – therefore, the couple decided to sponsor a Syrian family of four in Toronto,  not only by donating their wedding budget but also by encouraging their friends and family to donate to the cause instead of buying them gifts.

This act of solidarity is so inspiring! 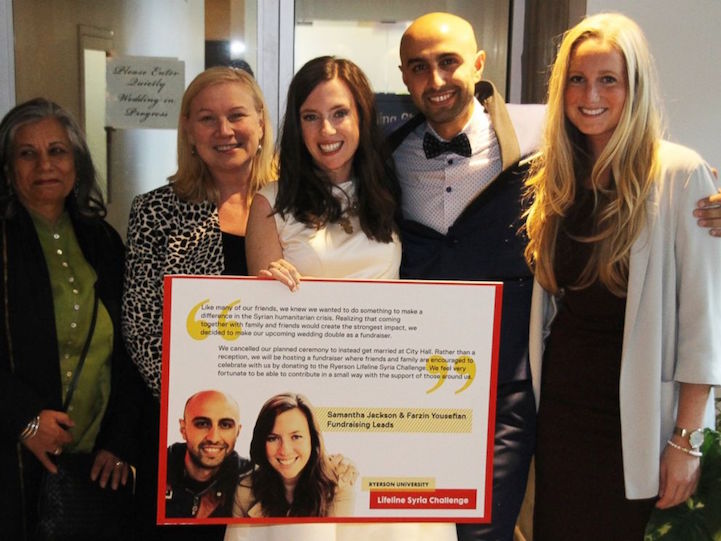 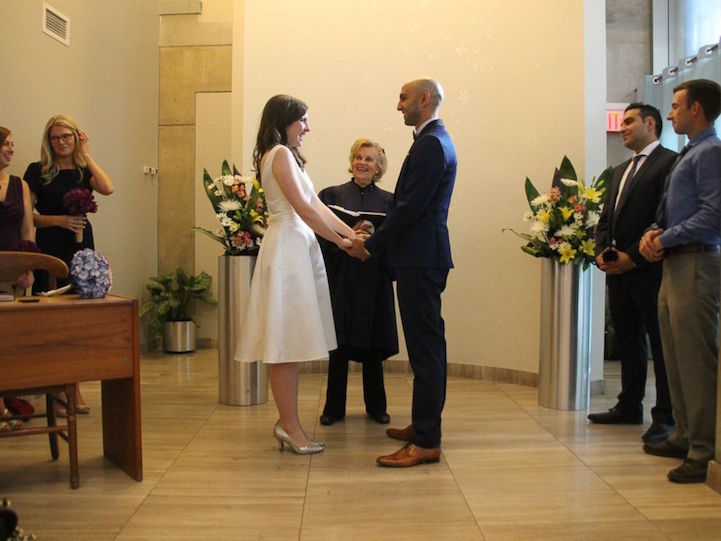