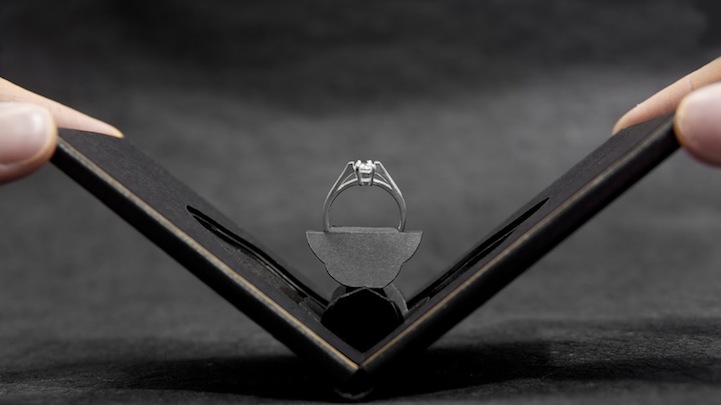 A slimline engagement ring box called Clifton gives a whole other meaning to the phrase “pop the question”.

Designed by Andrew Zo, the box offers the user the chance to enjoy the process of proposing. When you open the Clifton the ring doesn’t just appear, it swirls its way into position. The artist created a pop-up mechanism that presents the ring by spinning it, making it similar to a blooming flower -or a blooming relationship -or the soon-to-be-engaged woman’s head when she sees it.

Zo, a packaging designer by trade, first began developing Clifton as a student at Emily Carr University in Vancouver, Canada. In 2011, the leather-bound box we see in the photos below, was just a paper-based proof of concept. A few years later it is reality!

Thanks to its size and resemblance to a wallet, men can now carry Clifton without having to worry that something, like a bump in the pants, is going to get them busted beforehand.

And even if she says no, it’ll at least have been a fun experience, right? 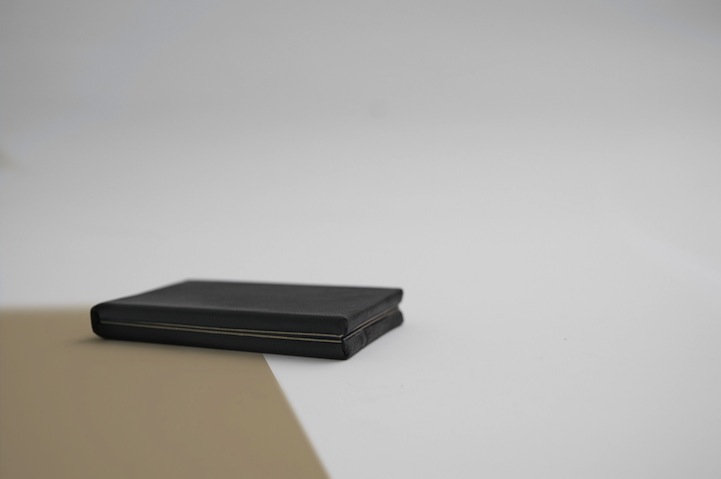 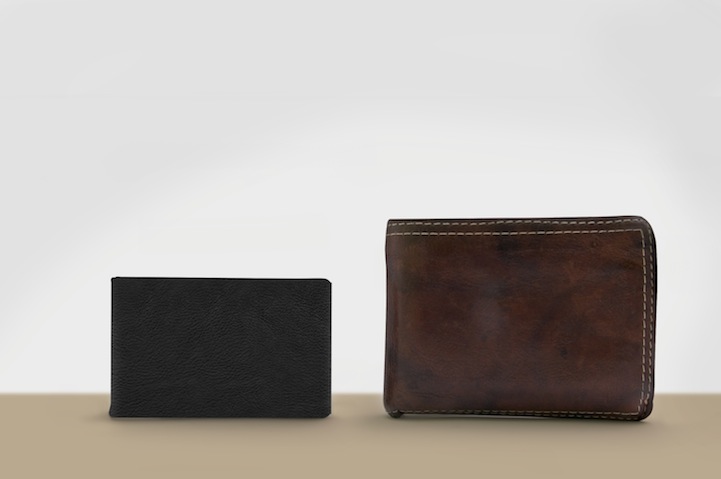 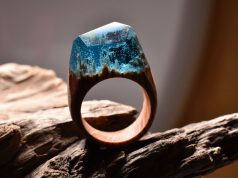