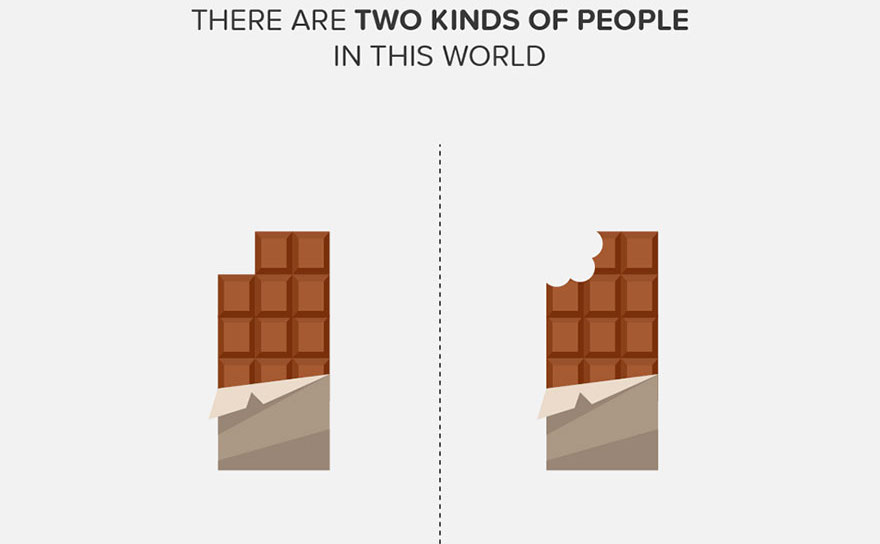 People are diverse and complex creatures, but many differences between us can nonetheless be boiled down into a simple, binary distinction. Conveniently, Zomato, a website dedicated to food enthusiasts, has done just that by creating a cute and simple series of infographics illustrating some of our favorite two-sided distinctions.

Zomato created the series in an effort to drum up hype around their website and app, which lets users search for restaurants in their city.

No one’s saying that people are actually this simple, but it’s still fun to go down the list and see which camp you belong to. Or perhaps you don’t belong to either?