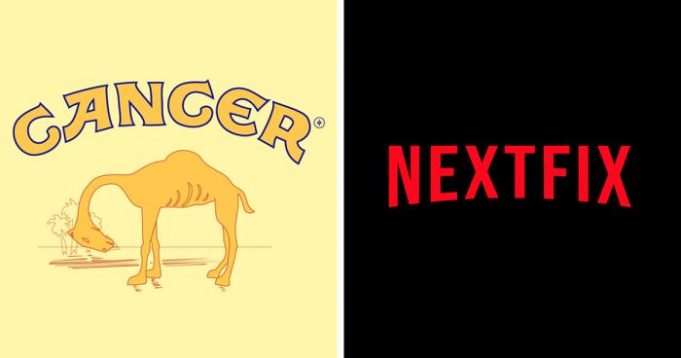 That’s the thought, Swedish designer Viktor had in mind. The 36-year-old freelancer, has worked over the years, with companies such as Ray-Ban, Universal Music Group and IKEA. He started the “honest logos” project, all the way back in 2011 and here are his thoughts about it.

“I just wanted to see how well I could imitate real logos, and insert new words and messages into them, to give them more truthful meaning,” he stated in an interview. “I just love the process of trying to find the best possible words, ones that either rhyme or look the same visually as the original – it’s sometimes hard and takes a long time to scroll through possible words, but sometimes it just takes a few minutes to get idea. This is my favorite part of the whole process; it’s like a jigsaw puzzle, looking for the correct pieces.”

These altered logos, are meant as social critique, on subjects such as consumerism, people’s habits and behaviors, and also capitalism.

“Of course, most of them are very critical and harsh, I almost felt bad on a few occasions,” Viktor continued. “But if I find something that makes sense and contains some truth, I just have to do it. It’s like a graphic designer’s version of tourette syndrome haha. But yes, I’m also a hypocrite. I use many of these products and services and enjoy them!”