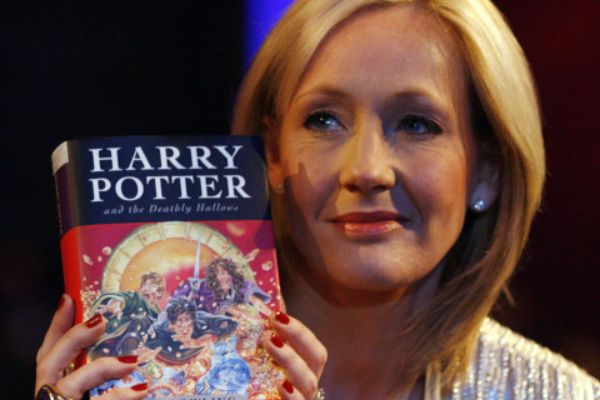 This is a tremendous achievement and we aspire to become as wealthy as they are.

While most of the world’s richest people earned their money, some had farther to climb. There are plenty of inspirational stories of entrepreneurs who have overcome all sorts of obstacles on their way into these ranks. By applying a winning attitude, years of blood ,sweat and tears, some people made it from poverty to billions.

Here are 10 self made billionaires who grew up poor.

Joanne Rowling was so poor that she and her child relied on government welfare to survive.  J.K. Rowling’s life turned around for the better once she started working on her very first novel “Harry Potter and the Philosopher’s Stone”. She is a legitimate billionaire.

Her beginning was nowhere near her current life. When she was a child, her family was so poor that Oprah actually had to wear potato sacks as clothes. Oprah followed her dream of being a talk show host. She became a news reporter in Tennessee. After that, she started her own talk show and struck gold. Despite her unfortunate beginning Oprah is one of the most striking figures.

Mr. Khan moved to the USA from Pakistan. When he arrived, he had to live at the local YMCA for $60 per month. It was not a glorious residence but Shahid made it. He washed dishes and saved up enough money to start an auto parts business. Now he is the owner of a massive auto parts enterprise and the Jacksonville Jaguars NFL team.

Does Starbucks rings a bell for you? Well we have to thank Howard Schultz for that. He was raised in a housing complex that was built for the poor. Being good at sports, he won a football scholarship from the University of Northern Michigan. Afterwards, Howard took over a small coffee establishment known as Starbucks and converted it from a 60 shop network into a worldwide chain that is worth billions.

He was born into a family with a lot of love, but not a lot of money. Kenneth Langone went on to graduate from college, get his MBA and work on Wall Street before co-founding Home Depot. He worked for these companies, took them over and made them highly successful. Ken can be considered a business genius.

Kirk fought his way from poverty to $3.9 billion. How? He left school early and became a boxer. He would use his winnings to survive and was referred to as ‘Rifle Right Kerkorian’. Once peace had returned from World War 2 Kirk looked to Las Vegas and built some of the biggest hotels and resort in the gambling paradise.

Kenny Troutt sold life insurance to pay for his tuition at the Southern Illinois University. He founded a phone company known as Excel Communications in 1988 and he had it listed in the stock exchange in 1996. In 1998, Kenny’s company merged with another in a deal worth $3.5 billion.

John Paul DeJoria, founder of tequila maker Patron Spirits Company and co-founder of hair care company John Paul Mitchell Systems and ROKiT Phones. The onetime door-to-door shampoo and encyclopedia salesman partnered with Paul Mitchell in 1980, and the two turned $700 into one of the most profitable hair-care companies in the world. The 73-year-old now has a net worth of $3.1 billion and his climb out of poverty is like a tale from a Charles Dickens’ novel.

Roman’s entrepreneurial skills showed early when he founded a small company for producing plastic toys while still being a student at the Moscow Auto Transport Institute. This opened up his horizons into the oil industry and he joined it. While the CEO and majority owner of Sibneft oil company, he signed a deal with Gazprom that made him part of the ownership of the fourth biggest oil company globally. He is currently worth $8.2 billion.

Leon was down and poor when he decided to get a full understanding of the Middle Eastern business and political scene. By burning the midnight oil, Leon became an expert and began to offer his guidance for a free. He also invested his own money in the right places and his fortune grew from a few hundred dollars to billions. Leon was a master investor and an expert of Middle Eastern geopolitics and his networth was worth $1.3 billion.