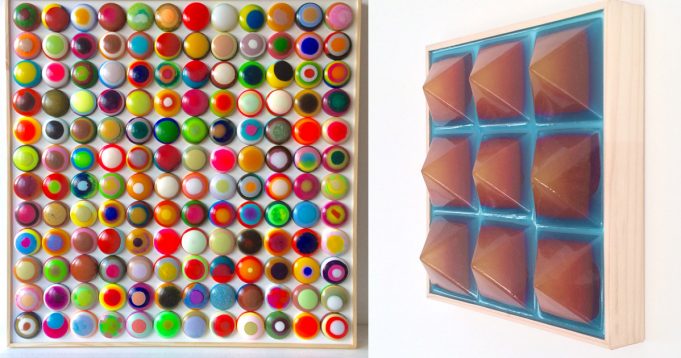 Inspired by Color and Texture

Andrew Lindsay is inspired by the work of many other abstract artists, some of which include Morris Louis, Lee Ufan, Gerhard Richter, Markus Linnenbrink and Peter Zimmermann. But most importantly his paintings are based on his particular interest for color and texture.

He is British-born (1979) but raised in Paris where he currently lives and works after spending some 7 years abroad, which strongly influenced his style.

They are very process-based in that he generally starts with an idea of how he wants to go about making a piece even if he diesn’t always know what he is aiming for as an end result.

Every step he takes either confirms he should continue with that idea or leads him to slightly adjust his process. Pieces are finished when they feel right to the artist himself.