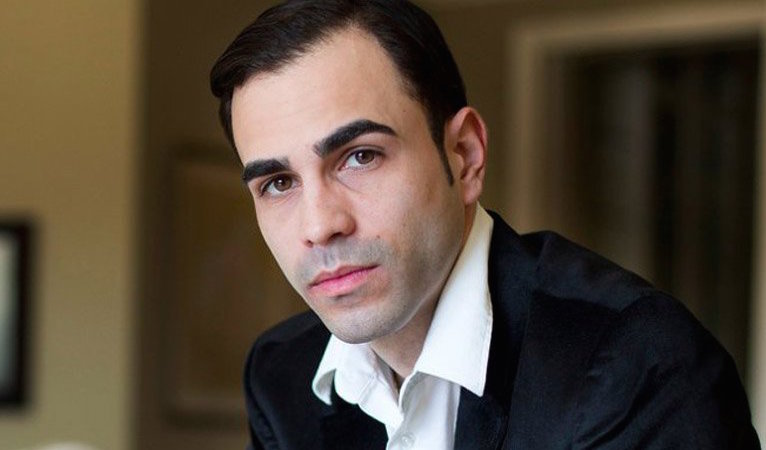 Thanks to a few prominent attacks, the word “hacker” has likely shown up in your news feed pretty often in the last year. And it’s likely to pop up a lot more.

Hackers can target bank information, PIN numbers, passwords—like they did with Target and other retail giants—but they also can stroke mayhem by shutting down a widely-used site or service.

There’s others types of sensitive information that can also be targeted: last year Hollywood celebrities had their iCloud accounts hacked, and their nude photos were released to the public.

Here are 15 of the most skilled hackers and accused hackers
to have taunted governments,
brought down websites,
and made millions for themselves—before finally getting caught. 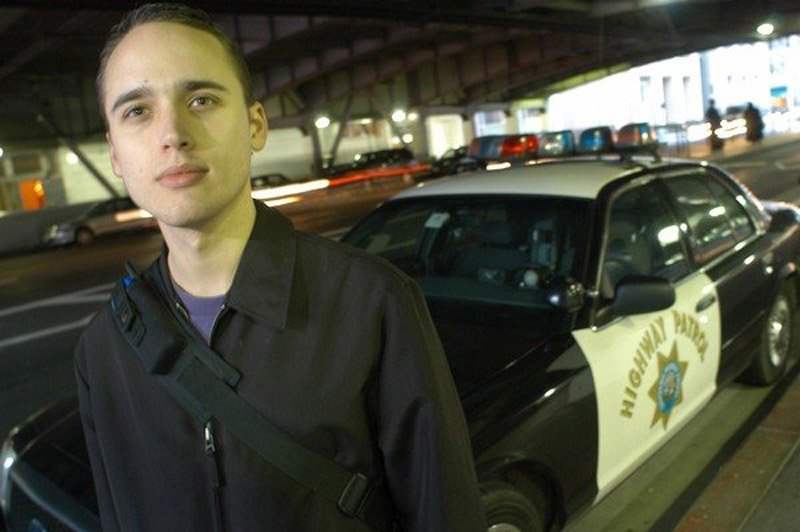 Adrian Lamo gained recognition by breaking into the computer networks of The New York Times, Google, Yahoo!, and Microsoft before he was arrested in 2003. He was known as the “Homeless Hacker” because of his habit of using coffee shops and libraries as his command centers. His hacking caught up to him when he attacked the Times in 2002, gaining access to the personal information of people who’ve written for the paper, and adding his name to their database of expert sources. After a 15-month investigation by prosecutors, a warrant was placed for his arrest and Lamo surrendered in California. He negotiated a plea bargain that gave him six months of house arrest, and he avoided serving jail time.

His life after this point hasn’t been pretty. He was accused of using a gun on a girlfriend, and was placed in a psychiatric hold in an unrelated incident and was diagnosed with Asperger syndrome. But the biggest controversy of all is that Lamo was the one who reported Chelsea Manning to U.S. authorities after she leaked hundreds of thousands of government documents. His nickname amongst hackers after that was “snitch.” 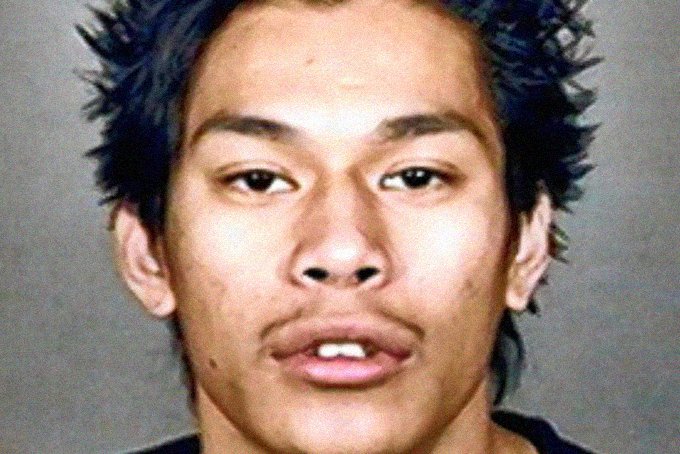 The California native became the first hacker to be charged with controlling an army of hijacked computers—called botnets—to send large quantities of spam across the Internet. He used the worm “rxbot” in 2004 to take control of 500,000 computers (which included U.S. military computers) and used their combined strength to take down major sites. He then put out ads for his services, and offered clients the opportunity to take down any website they wanted, for a price. Ancheta​ was caught in 2005 when one of his clients turned out to be an undercover FBI agent. He had to give up the $58,000 he made from hacking, pay back $16,000, give up his BMW, and serve 60 months in prison. 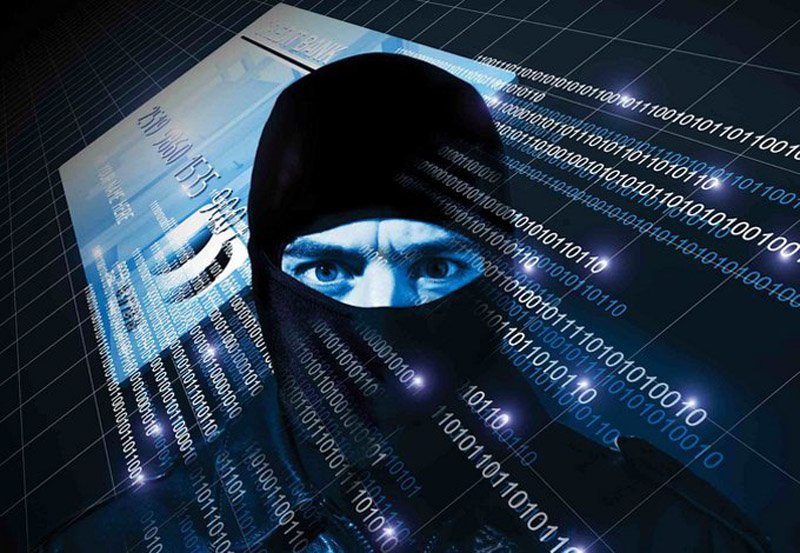 The hacker known as “ASTRA” was never publicly identified, but is said to have been a 58-year-old mathematician when he was arrested in 2008. Greek authorities said that he hacked into the systems of the aviation company, Dassault Group, for about half a decade. In that time, he stole weapons technology information about the company’s jet fighters and other military aircraft, and sold it to different countries. It’s said that he sold this data to nearly 250 people in the Middle East, Brazil, France, Germany, Italy, and South Africa, all for $1,000 a pop. The damages to Dassault amounted to more than $360 million. 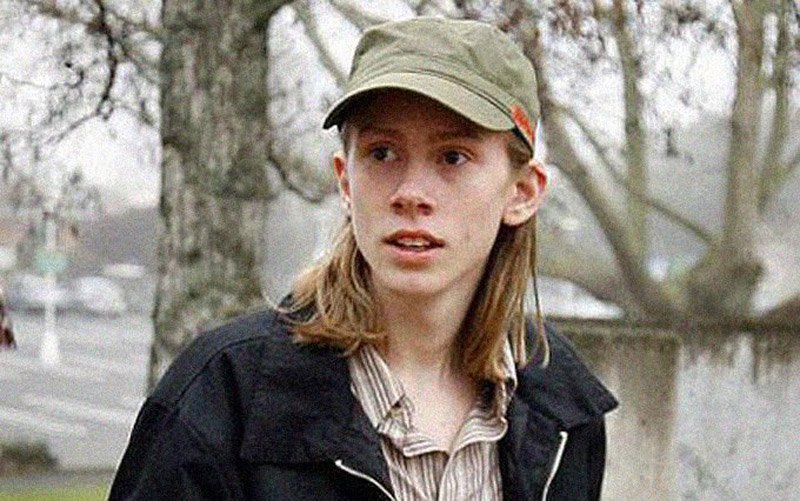 In 2008, 18-year-old Owen Thor Walker pleaded guilty to six charges of cyber crime. He led an international hacker network that broke into 1.3 million computers, and infiltrated bank accounts to take more than $20 million. He was only 17 when the thefts began, but because he was homeschooled starting at 13, this left him time to learn programming and encryption. Overall he only made $32,000 from his hacking efforts, since he only wrote the code that the other members in the network used to steal the money. He pleaded guilty, wasn’t convicted, and only had to payback $11,000. He’s now advising companies on online security. 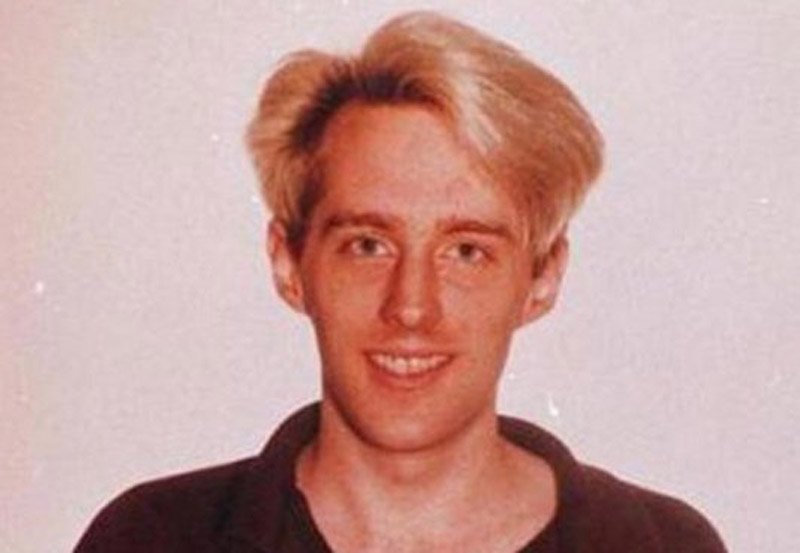 Kevin Poulsen was the first American to be banned from the Internet and computers after being released from prison. In the late ’80s and early ’90s, Poulsen hacked into phone lines. He became famous when he hacked into the lines of L.A. radio station KIIS FM so that he would be the 102nd caller—winning him a Porsche. When the FBI went looking for him, he went on the run (and when he appeared on the show Unsolved Mysteries, the phone lines for the television station crashed by, you know, coincidence). When he was caught, he served five years in prison and was banned for three years from using the Internet or computers.

He’s now a writer for Wired, and wrote an article about sex offenders on MySpace that got one person arrested. Tweet him here. 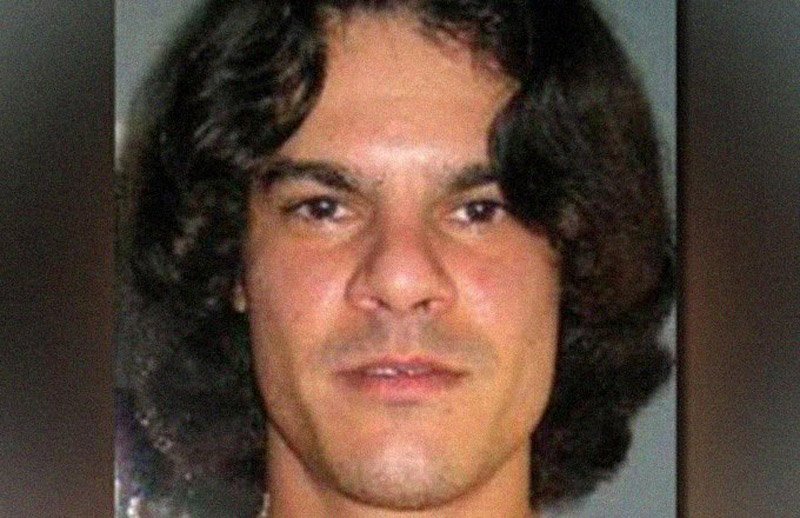 Gonzalez, from Florida, wasn’t low-key about spending his money; he was known for booking stays in high-class hotels for days and once throwing a $75,000 party. He was charged with having 15 fake bank cards while in New Jersey, but avoided serving time when he gave evidence to the Secret Service about 19 other ShadowCrew members.

He then returned to Miami and, with a team of 10 others, hacked TJX Companies (which own T.J. Maxx and a bunch of other stores), and stole 45 million credit and debit card numbers over 18 months until 2007. He was arrested in May 2008 and won’t be out of prison until 2025. There’s a great The New York Times Magazine profile of him here.

Alias: The Condor, The Darkside Hacker

Kevin Mitnick didn’t refer to what he was doing as hacking—instead, he liked to call it “social engineering.”

He started “social engineering” when he was 15, when he learned how to bypass the punch card system for Los Angeles city buses by finding tickets in a dumpster and getting a bus driver to tell him where he could buy his own ticket punch. Later he graduated to the big time by breaking into the networks of Pacific Bell, Nokia, IBM, Motorola, and a few other companies.

When he was arrested in 1995, his skills were so threatening to the judge ruling over his case that he was placed in solitary confinement because it was thought he could start a nuclear war by whistling codes into a payphone. After serving 12 months in prison and going on three years of supervised release, he continued hacking, and went on the run for almost three years using cloned cell phones to hide his location. He was sentenced to prison for four years in 1999, and was the most-wanted computer criminal in the country at the time.

Now he’s a security consultant (aka: White hat) and is the author of two books. You can tweet him here. 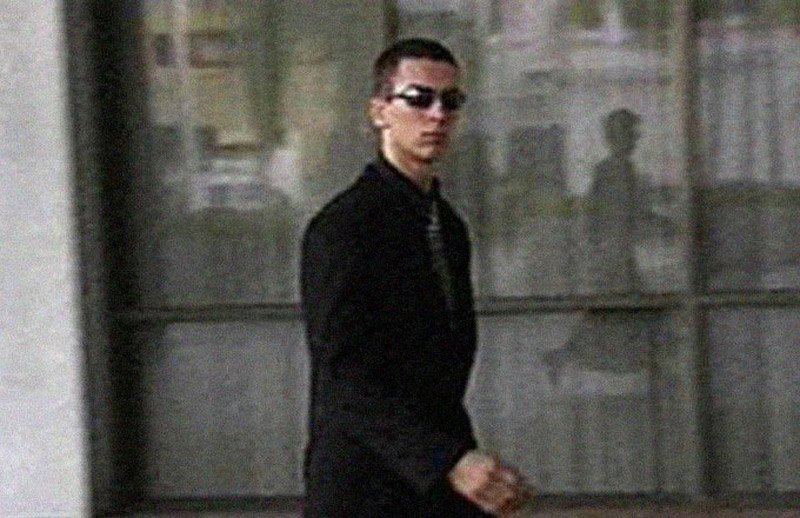 Jonathan James was the first juvenile to be convicted and jailed for hacking in the United States. Starting at 15, he hacked into Bell South, the Miami-Dade school system, NASA, and the Department of Defense, and stole software said to have been worth $1.7 million from the government. He intercepted the source code of the International Space Station, which, when discovered, caused NASA to shut down its computers for three weeks, costing $41,000. He was sentenced to six months of house arrest and probation until he turned 18. Even worse? The court required him to write letters of apology to NASA and the Department of Defense.

After Albert Gonzalez’s hacker team stole credit and debit card information from TJX in 2007, the Secret Service investigated James, who claimed he had nothing to do with the thefts. Out of fear of being prosecuted for crimes he didn’t commit, James killed himself in his shower in May 2008. “I have no faith in the ‘justice’ system,” his suicide note said. “Perhaps my actions today, and this letter, will send a stronger message to the public. Either way, I have lost control over this situation, and this is my only way to regain control.” 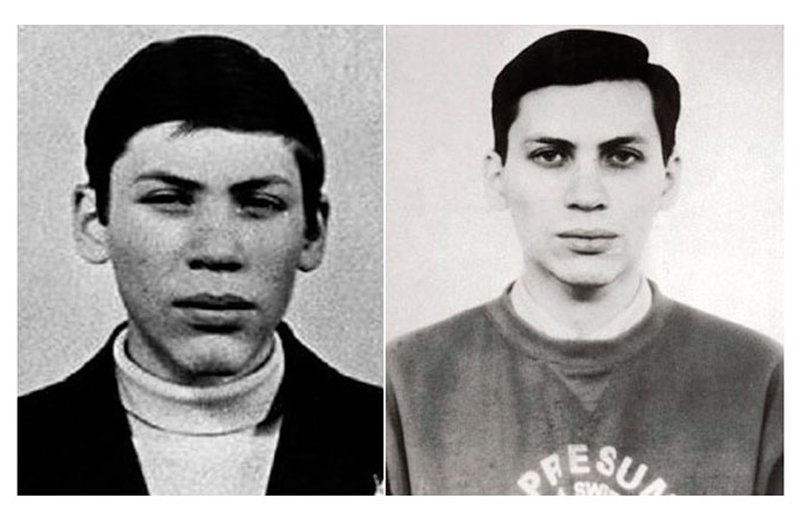 Levin’s story is like Casino Royale in real life; working with three others, the hacker transferred a portion of $10.7M to his bank account from a handful of large Citibank accounts from all over the world—all while sitting in his apartment in St. Petersburg. Yet, he didn’t use the Internet; instead he usedtelecommunications systems, and listened to customers phone calls to get their account numbers and PINs. Authorities were able to recover only $400,000 from Levin’s theft after his accomplices gave him up when they were arrested. In 1998 he was ordered to pay back $240,000 to Citibank and sentenced to three years in jail. His whereabouts are unknown today. 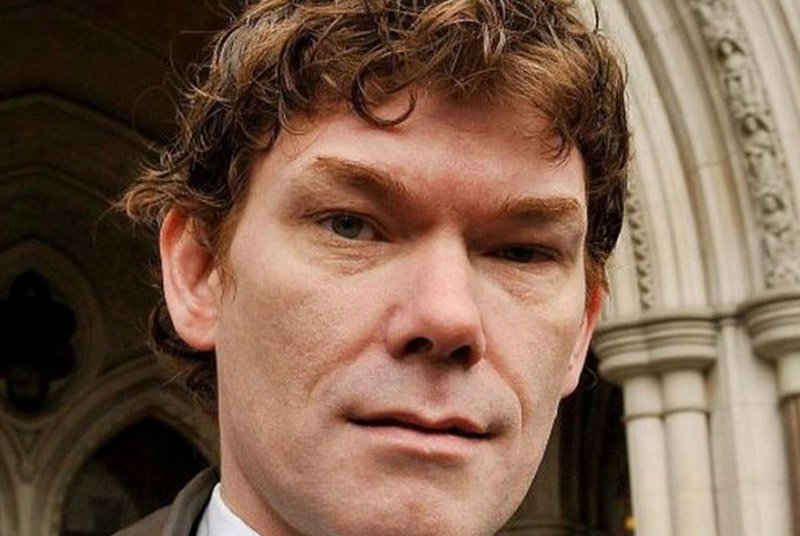 Gary McKinnon hacked nearly 100 American military and NASA servers from February 2001 to March 2002. What’s even crazier is he did it all from his girlfriend’s aunt’s house in London. He managed to delete sensitive data, software, and files, and the U.S. government spent over $700,000 to recover from the damage. He taunted the military while he was at it, posting this message to their website: “Your security system is crap. I am Solo. I will continue to disrupt at the highest levels.”

McKinnon is an interesting guy. He’s said his main inspiration for the attack was The Hacker’s Handbook by Hugo Cornwall. While hacking NASA, he purposely looked for files that contained evidence of extraterrestrials. He told Wired in 2006 that he found them, too. “A NASA photographic expert said that there was a Building 8 at Johnson Space Center where they regularly airbrushed out images of UFOs from the high-resolution satellite imaging,” he said. “I logged on to NASA and was able to access this department. They had huge, high-resolution images stored in their picture files. They had filtered and unfiltered, or processed and unprocessed, files.” He currently still lives in Britain. 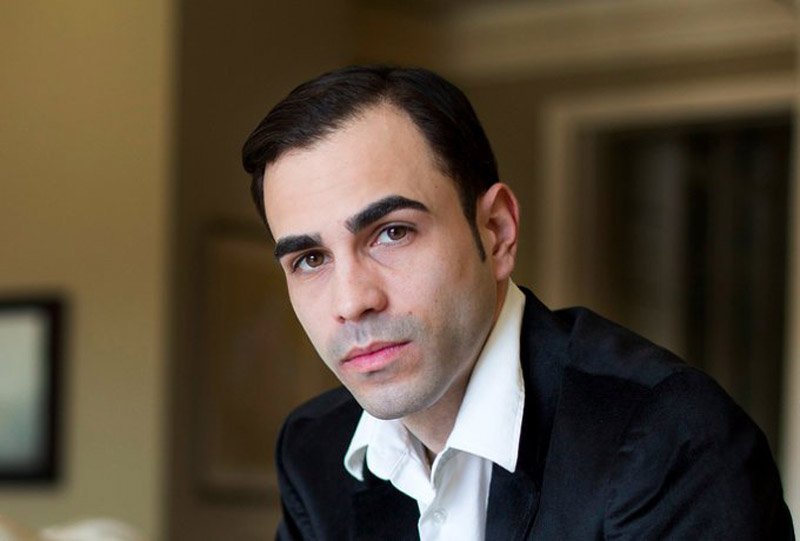 To ring in the new millennium, Michael Calce launched denial-of-services attacks against Amazon, CNN, eBay, Yahoo!, and Dell. Back then, Yahoo! was the world’s leading search engine before Google, and Calce’s attack—which he dubbed ProjectRivolta—caused it to go down for about an hour. President Bill Clinton convened acybersecurity task force and the country was on the hunt for “Mafiaboy.” He was caught a short time later after he bragged about the attacks in a chat room. In 2001, he was sentenced to eight months of open custody, restricted use of the Internet, and a small fine. A little lenient for such a big attack, no? Well, yeah it was, because Calce was still in high school at the time. “The sense of power I felt was overwhelming,” he wrote. “It was also addictive.” 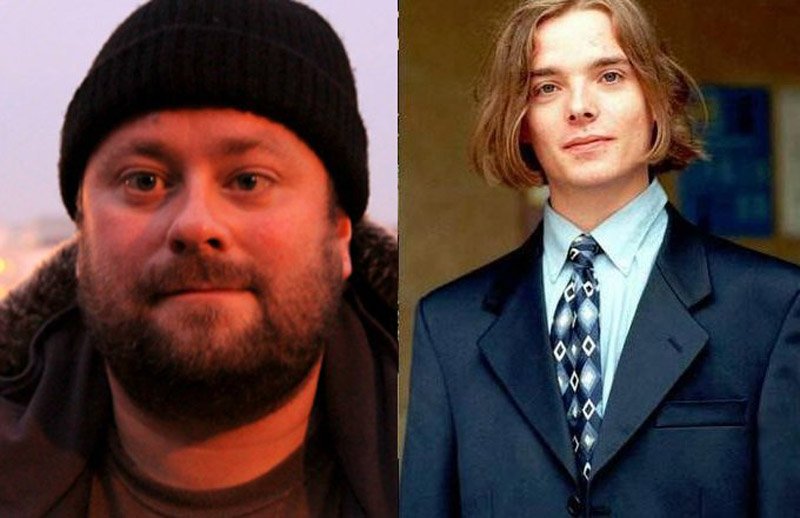 This British hacking duo took the U.S. government for a ride when they attacked the Pentagon’s network for several weeks in 1994. They copied battlefield simulations from Griffiss Air Force Base in New York, intercepted messages from U.S. agents in North Korea, and got access into a Korean nuclear facility. Pryce was a 16-year-old then, and Bevan was 21 (he’s thought to have been tutoring Pryce).

The hacking attacks were especially troublesome for the U.S. government because they couldn’t tell if the duo was using their system to hack into a South or North Korea—if it were North Korea, the attacks could’ve been seen as an act of war. Luckily, South Korea was the hackers’ target, and after an international investigation, they were arrested in the following year.

When A Friend Asks You To Babysit Her Cat And You Make a Photoshoot...

You Will Never Use Your Camera The Same Way Again, After Learning These Outstanding...